Reflecting a rotation into defensive health care stocks, and responding to positive clinical trial news, vaccine producer Moderna (MRNA) jumped 30 spots in the SIA S&P 500 Index Report yesterday to 13th place. The shares have been climbing back up the rankings since October and since they returned to the Green Favored Zone in early November, they have returned 27.3%. A major breakout is underway in Moderna (MRNA) shares this week. Since March, MRNA has been trading in a range between $115.00 and $185.00, base building following a selloff that started near $450.00 in September of 2021. The shares have been climbing through this range since October, and this week, they have broken out to the upside, confirmed with a breakout over $200.00 as well on an increase in volume. 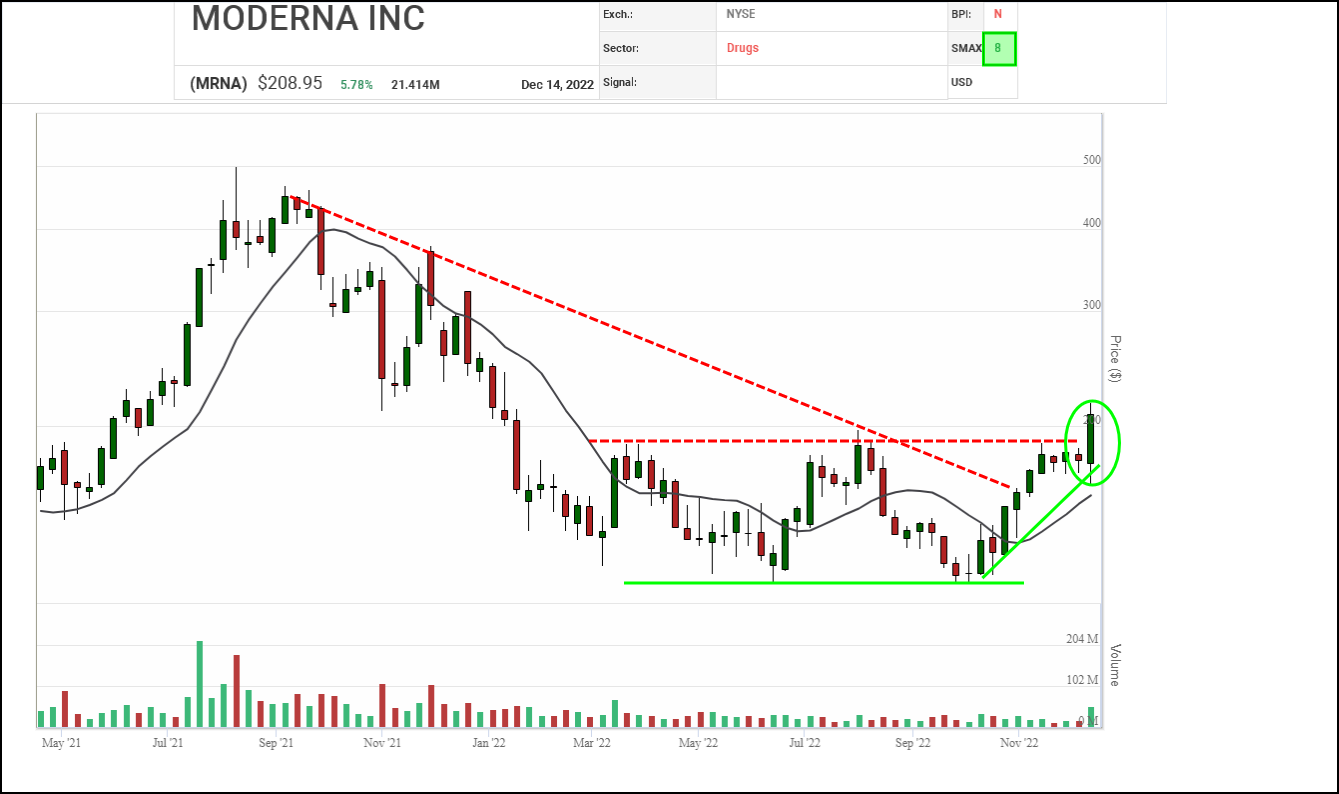 Coming out of nine-months of consolidation which followed a major six-month selloff, Moderna (MRNA) shares have broken out of a base. Back in October, the shares confirmed support in the $115.00-$120.00 and since then they have been under renewed accumulation. First in October, and now in December, the shares have completed bullish Double Top / Spread Double Top breakouts that have extended into bullish High Poles, the most recent of which has also regained the $200.00 level to trade at the highest level since January.

Previous column lows suggest potential resistance tests near $230.30 and $259.35, while a horizontal count suggests the potential for resistance near $239.60. Initials support appears near $192.70 based on a 3-box reversal.

With a bullish SMAX score of 8, MRNA is exhibiting strength across the asset classes. 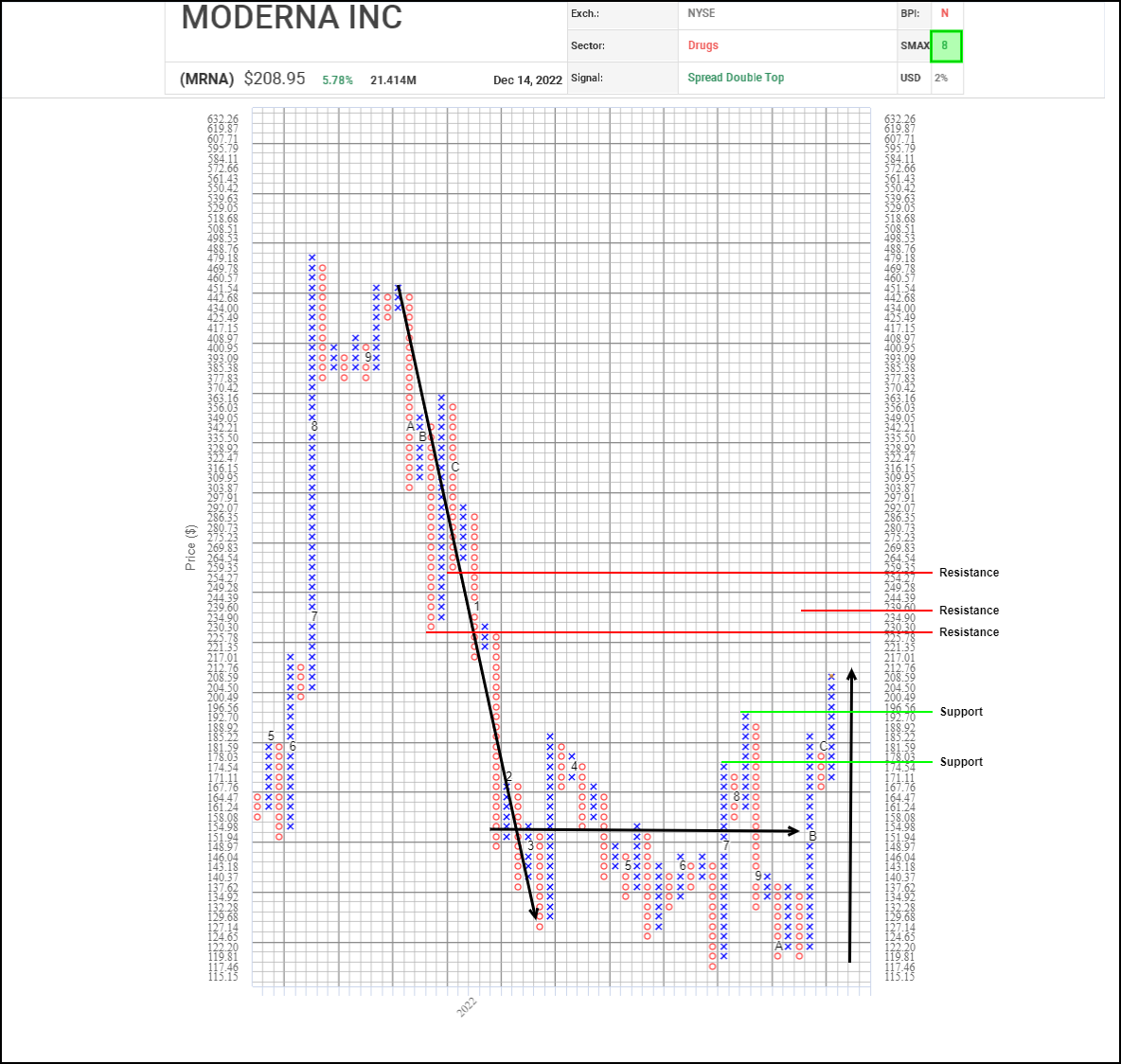