Homebuilder DR Horton (DHI) returned to the Green Favored Zone of the SIA S&P 500 Index Report for the first time since January, continuing an upward trend in the relative strength rankings which started deep in the red zone back in April. Yesterday, DHI finished in 85th position up 59 places on the day and up 116 spots in the last month. DR Horton (DHI) shares have completed a major base pattern and appear to be under renewed accumulation Between May and November, the shares completed a bullish Head and Shoulders pattern. Volume spikes at the head of the pattern in June and the neckline breakout in November, highlight the shift in trend and sentiment from bearish to bullish.

The $80.00 breakout point has since reversed polarity and been established as new support, while continuing higher lows confirm that the current uptrend remains intact. Next potential resistance appears near $100.00 where a measured move from the base aligns with a round number, followed by the January peak near $110.00. 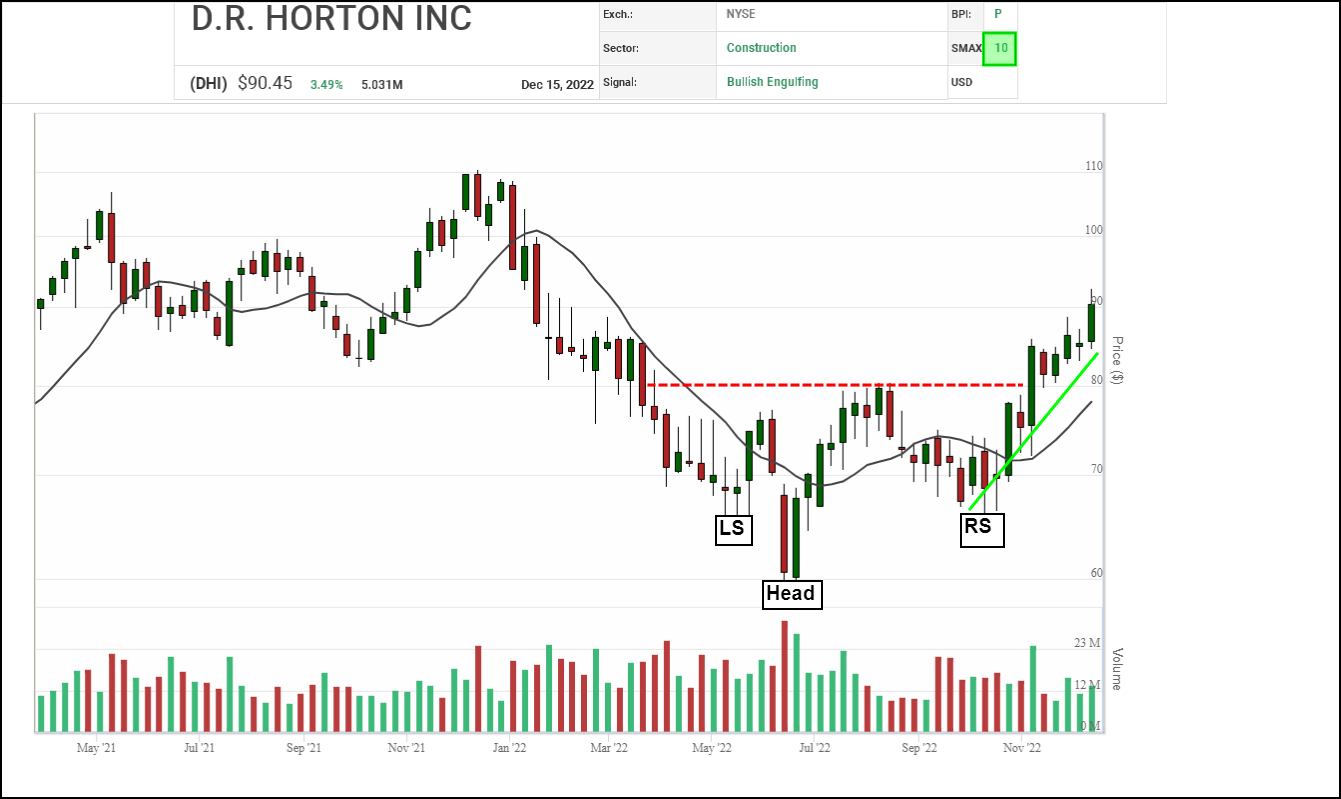 Recovering from a steep selloff in the first half of this year, DR Horton (DHI) shares appear to be back under accumulation. After bottoming out in June, the shares established a higher low in the late summer and starting in October, have launched into a new uptrend. Bullish Double Top and Spread Double Top breakouts, combined with the snapping of a downtrend line last month signaled the start of a new uptrend which has extended into a bullish High Pole, with he shares now trading at their highest levels since February.

Initial upside resistance appears near the $100.00 round number, followed by $102.95 and $109.25, which are based on previous column highs. Initial support appears near $82.80 based on a 3-box reversal. With a perfect SMAX score of 10, DHI is exhibiting strength against the asset classes. 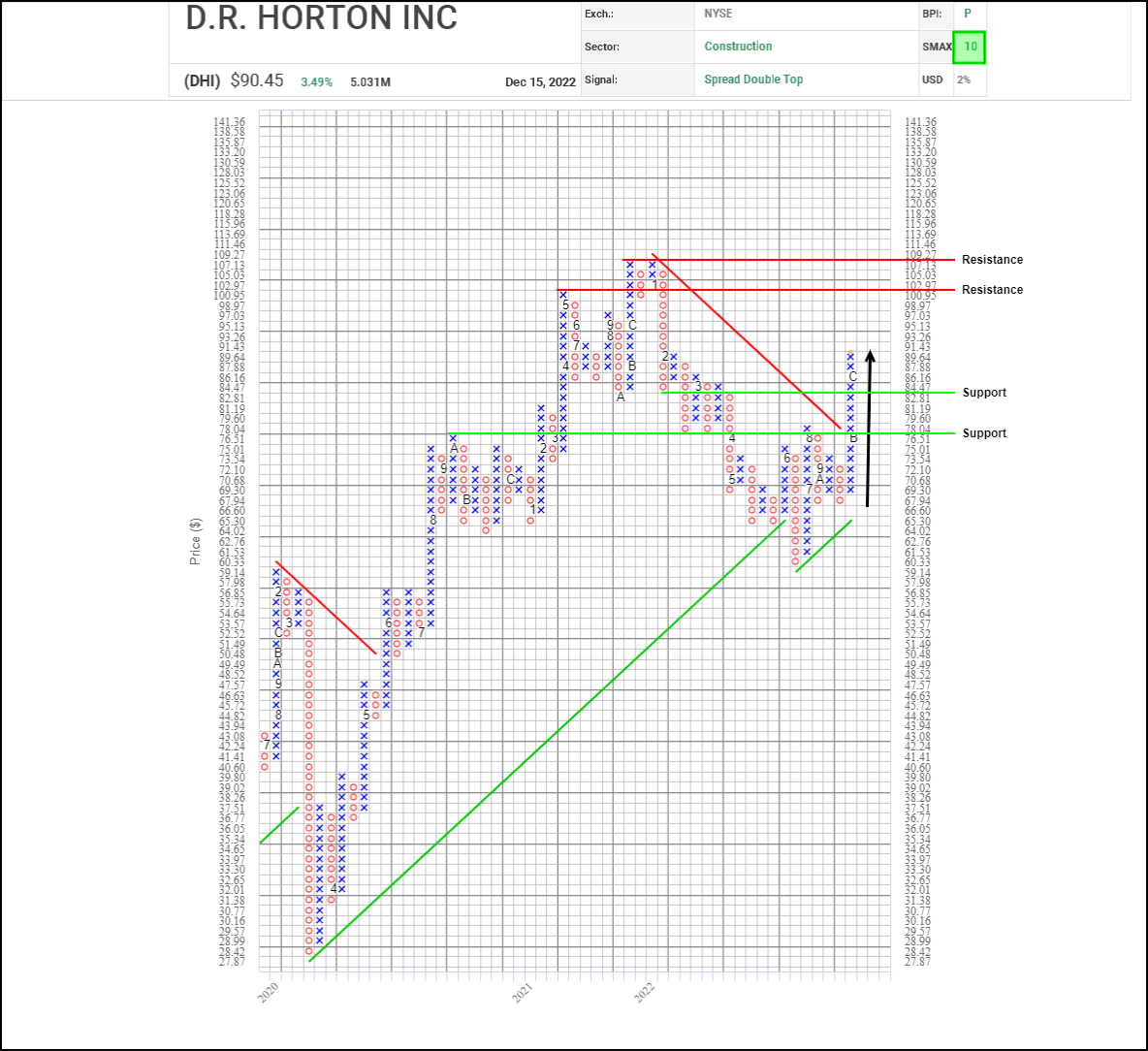