Enbridge Inc. (ENB.TO) has moved into the Red Unfavored zone in the SIA S&P/TSX 60 Index Report yesterday which it hasn't been since January of this year. ENB.TO has dropped nine spots in the last month. Enbridge operates as an energy infrastructure company and has the longest pipeline network in North America by distance.

Enbridge does have the third highest current yield in the S&P/TSX 60 Index right now.

Enbridge has raised its dividends for an amazing 27 consecutive years. But other Energy names like TOU.TO and pipeline competitor PPL.TO have outperformed YTD and also have strong dividend paying yields with higher relative strength scores.

Currently in a Bearish Engulfing candlestick pattern which consists of an small up candle followed by a large down candle that totally eclipses the previous move. Should the downward trend move continue, look for support around the $50 level which historically it has bounced off of multiple times this year already.

Below this, the bottom of the previous move below $48 could come into play.

Enbridge Inc. (ENB.TO) has reversed into a Double Bottom point and figure chart pattern on a 2% scale.

It has been trading in the range for most of 2022. A move lower would challenge the $50.36 support level. A move upwards would see some strong resistance at $56.71 and its all-time high (on a dividend adjusted chart) at $57.85.

It did move lower in October below $50 briefly, but the next major support that could come into play could be at the $46.52 if a further breakdown happens. Further resistance above could be found at the $61.37 level based on prior breakout patterns and moves.

With a SMAX score of 7, ENB.TO is exhibiting near-term strength against the asset classes. 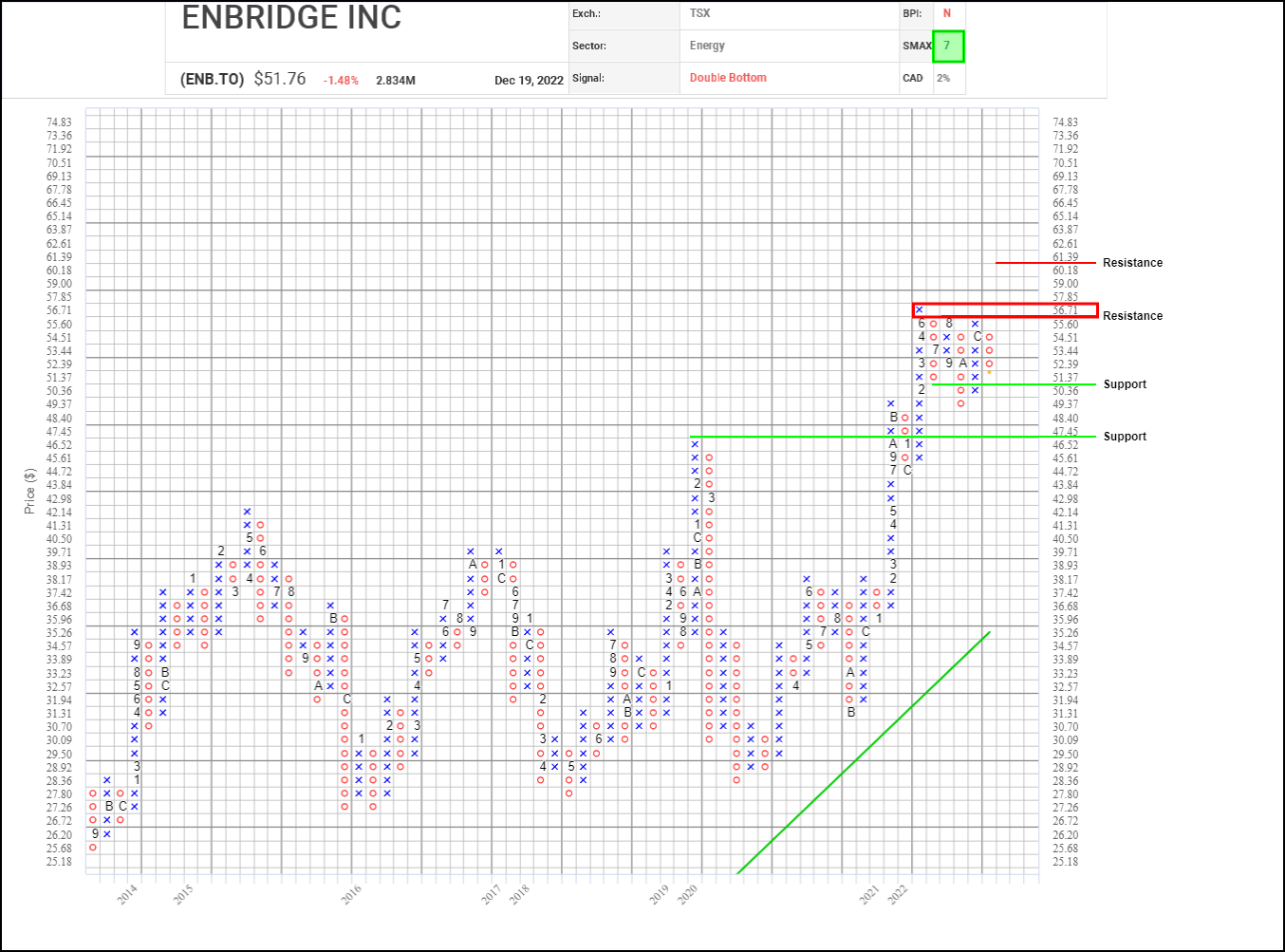