Base metal miner Teck Resources (TECK.B.TO) climbed 3 positions in the SIA S&P/TSX 60 Index Report to top spot on Friday and it is up 10 positions in the last month. Teck Resources has spent most of 2022 in the Green Favored Zone, except for a summer drop down into the red zone. Since returning to the Green Favored Zone, TECK.B.TO is up 16.5%. Teck Resources (TECK.B.TO) shares increasingly look like they have come under renewed accumulation and are well supported. Earlier this month, TECK.B.TO broke out over $48.75, completing a bullish Ascending Triangle pattern and signaling the start of a new uptrend. While $48.75 has reversed polarity and become new support, the shares have continued to climb, regaining $50.00 and launching up off of that round number Friday on a spike in volume.

Initial upside resistance appears near the $55.00 round number, the June peak near $57.50 and then $58.75 based on a measured move from the triangle. 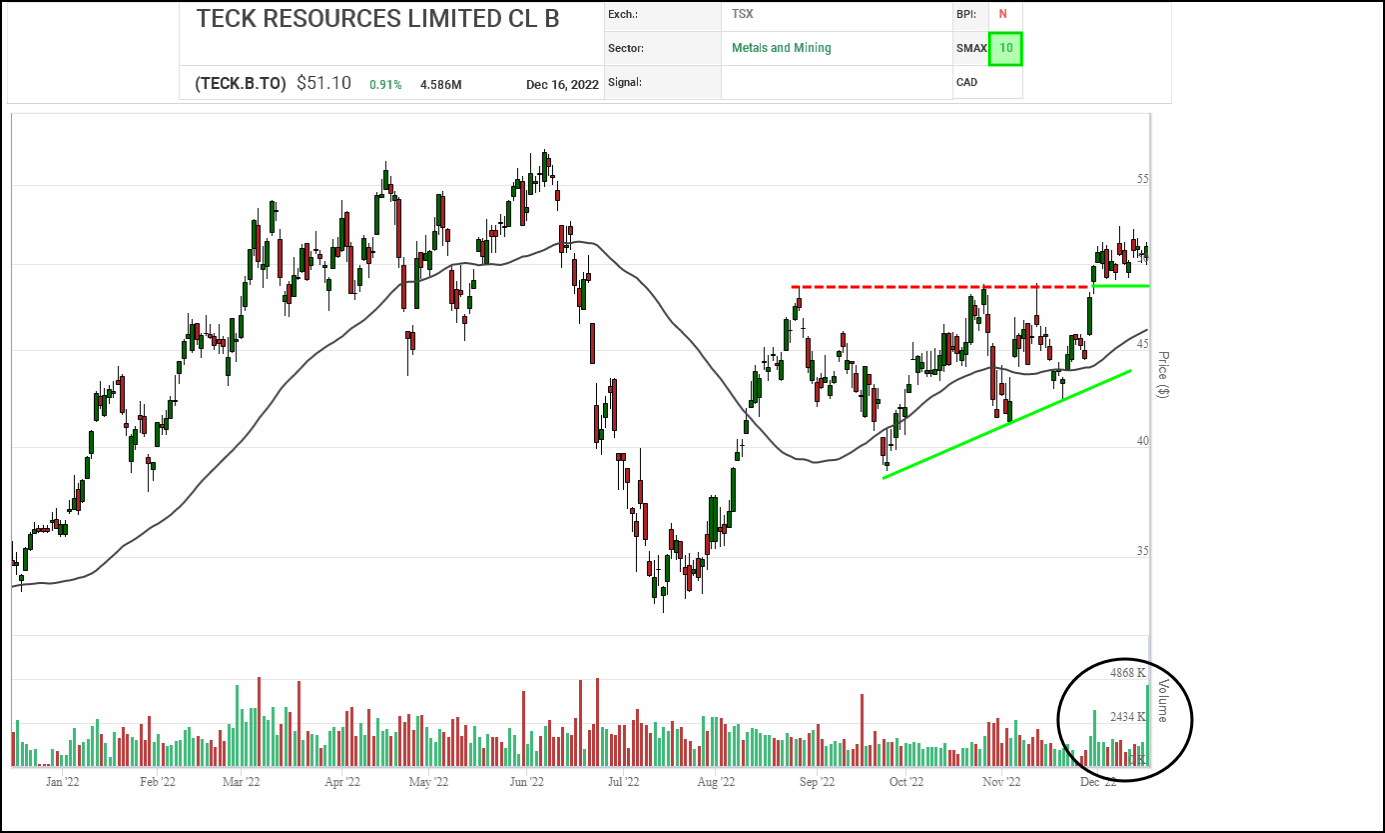 Since a summer selloff bottomed out in July, Teck Resources (TECK.B.TO) shares have been recovering lost ground. The second half of the year has seen the shares establish a new uptrend of higher lows and complete a series of bullish Double Top breakouts, the most recent of which has extended into a bullish High Pole that has carried the shares to their highest level since June.

With its SMAX score increasing to a perfect 10, TECK.B.TO is exhibiting strength across the asset classes. 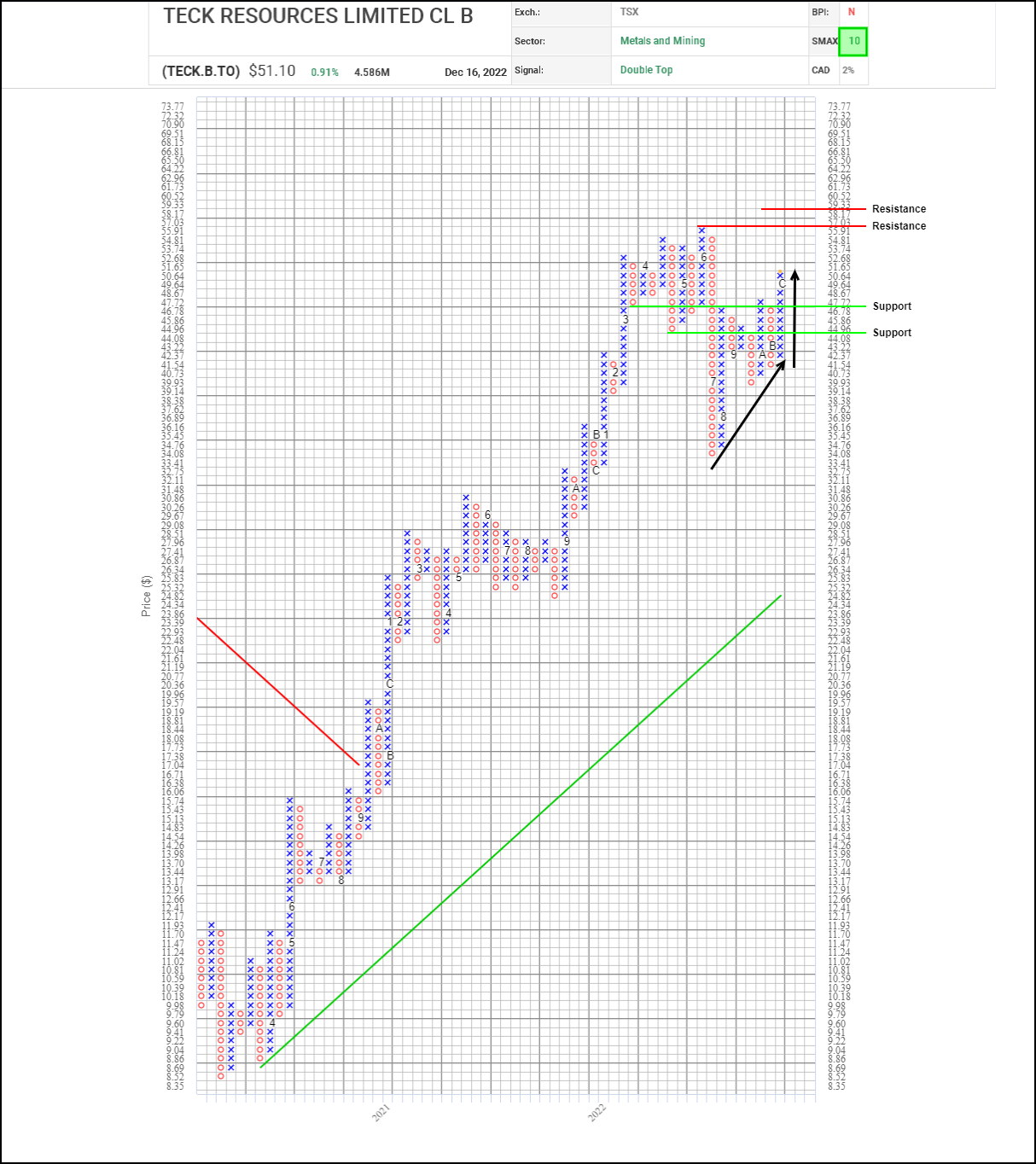