Charter Communications has fallen 9 spots in the SIA S&P 100 Index over the last month to sit in the 102 position (out of 103 names) at the bottom of the report. Charter Communications Inc. (CHTR) fell by the largest percentage in its trading history last week after announcing a broadband expansion plan that will cost more than many analysts had anticipated. The second-largest US cable company unveiled its network spending budget of $10.7B next year which was $1B more than many estimated. This shift towards spending could lead to higher revenue growth in the future, but that may be many years away now for investors. Charter is also facing more competition from fiber optic networks and wireless broadband providers in the future. Charter Communications Inc (CHTR) gapped down after its last negative earnings report and outlook last week. A downward channel that has been in place for CHTR for most of this year seems to have hit some support around the $300 level. This was also the low from September/October that held creating a channel now between $300 to $400. A move up in the channel in the near-term might be expected, but a move lower below this key support could start a new downward trend.

Subscribers to SIACharts platform would hopefully not have entered into a trade for Charter Communications Inc (CHTR) since it has been in the Unfavored zone of the SIA S&P 100 Index Report for all of 2022 where it saw a decline of ~52% YTD. It has now moved down to the key support level at $301.86 which it also hit twice in October. A move through this level could see support at $273.40 come into play which would be a ~10% move to the downside.

With an SMAX score of 0 out of 10, CHTR is showing near-term weakness against all asset classes. 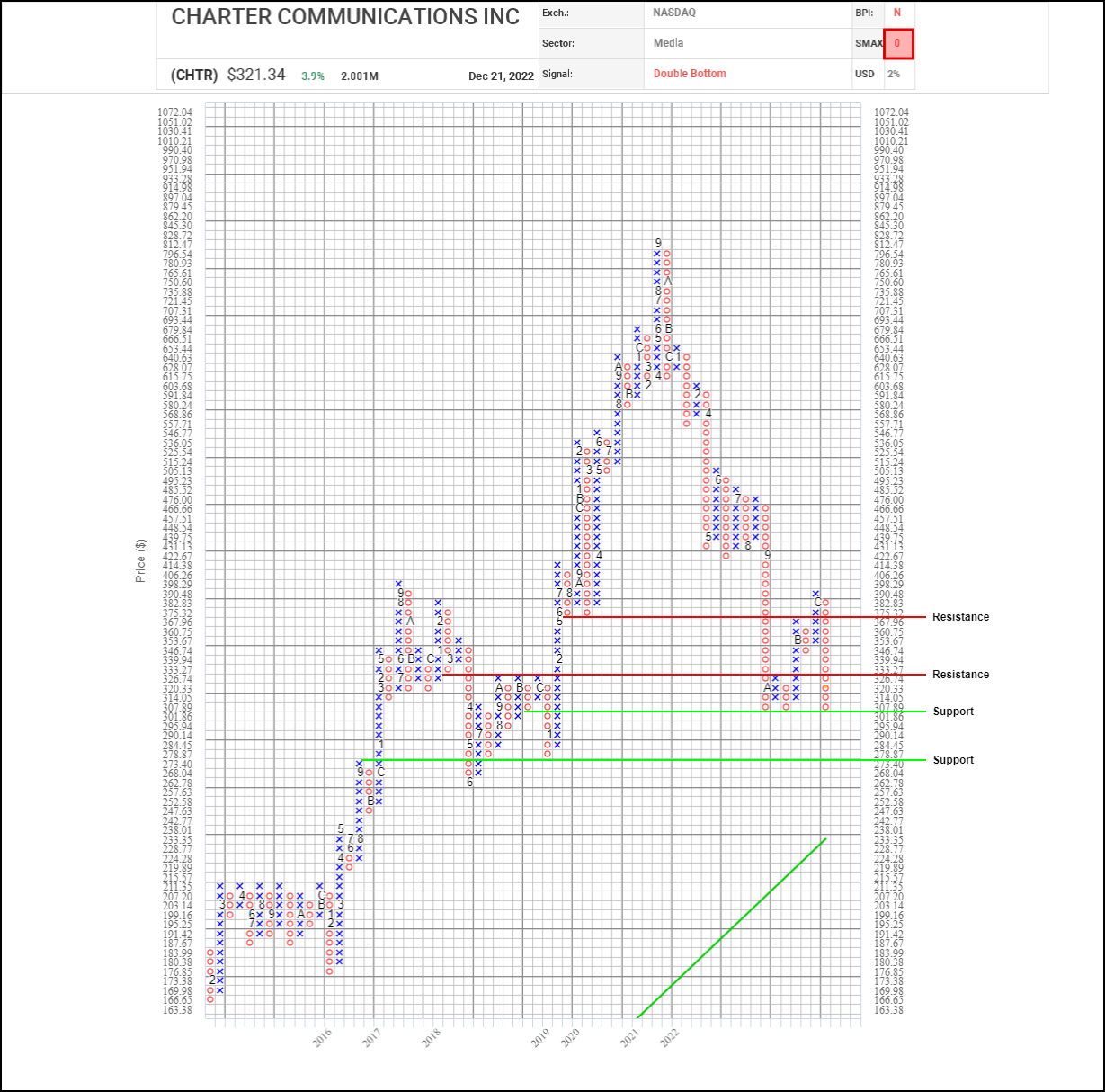