Apple Inc (AAPL) has steadily been sinking down the rankings in the SIA S&P 100 Index Report since peaking back in August. Yesterday, it finished in 79th place down 2 spots on the day and down 22 positions in the last month. AAPL has lost 6.5% since entering the Red Unfavored Zone and has lost 15.6% since exiting the Favored zone, both of which occurred in November.

The technical situation of Apple shares has deteriorated dramatically over the course of 2022. After peaking in late 2021, the shares have spent the year generally declining with a new downtrend of lower highs emerging over the first half of the year and then accelerating since August.

This week, a major breakdown is underway with Apple diving below $130.00 to a new 52-week low, which reverses polarity to become initial resistance, and continuing to slide toward $126.50. Previous lows suggest potential downside support near $116.00, then closer to $107.50. 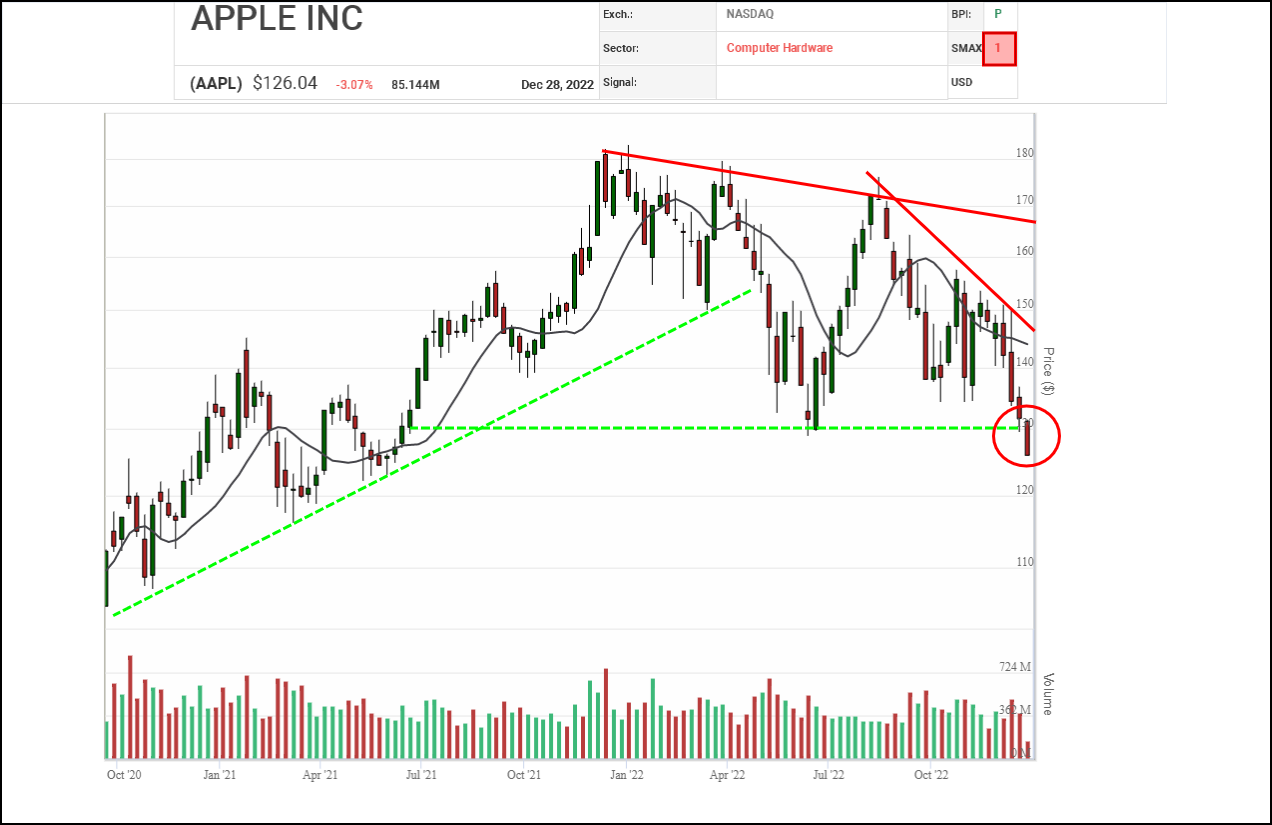 Apple Inc (AAPL) spent 2022 forming a large, bearish, rounded top, which now appears to have been completed with the shares falling to a new 52-week low yesterday. After selling off between April and June, the shares bounced back in the summer but peaked at a lower high. Since then, they have turned increasingly downward, completing bearish Double Bottom and Spread Double Bottom patterns, and with the current down-leg extending into a bearish Low Pole

Next potential downside support appears near $113.15 based on a previous column low, then the $106.60 to $104.50 area where vertical and horizontal counts converge. Initial resistance appears near $137.90 based on a 3-box reversal.

With a bearish SMAX score of 1, AAPL is exhibiting weakness against all asset classes. 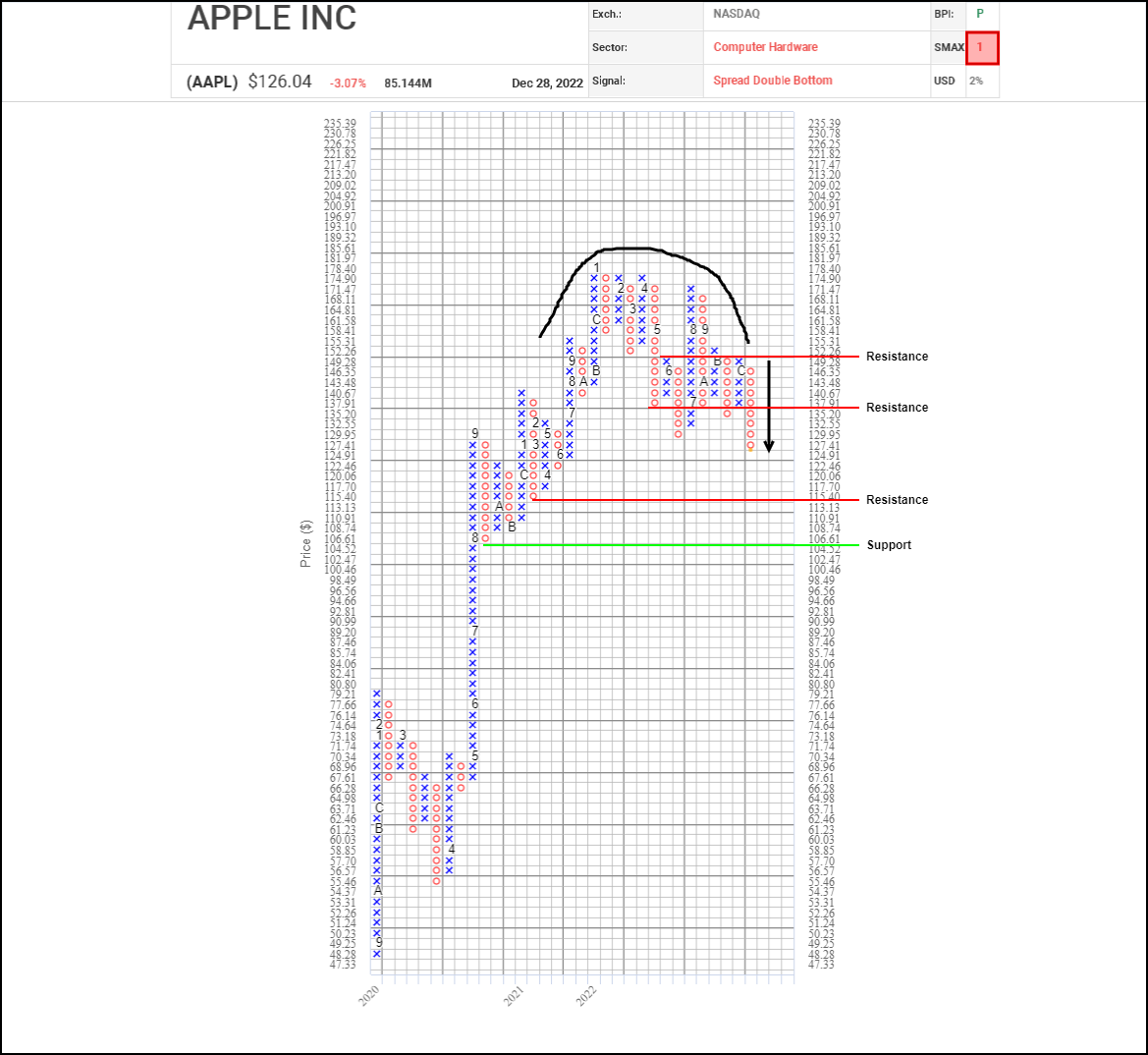