With metal prices making a comeback in recent months, Labrador Iron Ore Royalty (LIF.TO) has been steadily climbing back up the rankings in the SIA S&P/TSX Composite Index Report, and this week, it has returned to the Green Favored Zone for the first time since March. LIF.TO finished yesterday in 58th position, up 43 places in the last month.

Back in July, a four-month selloff in Labrador Iron Ore Royalty (LIF.TO) bottomed out near $25.00, and since then, the shares have been under accumulation. Over the second half of this year, the shares have regained and generally held above their 50-day average, snapped two downtrend lines, completed a bullish Ascending Triangle base, and established a new uptrend of higher lows. This week, the shares have been flirting with $35.00 resistance with a volume spike indicating increasing investor interest. 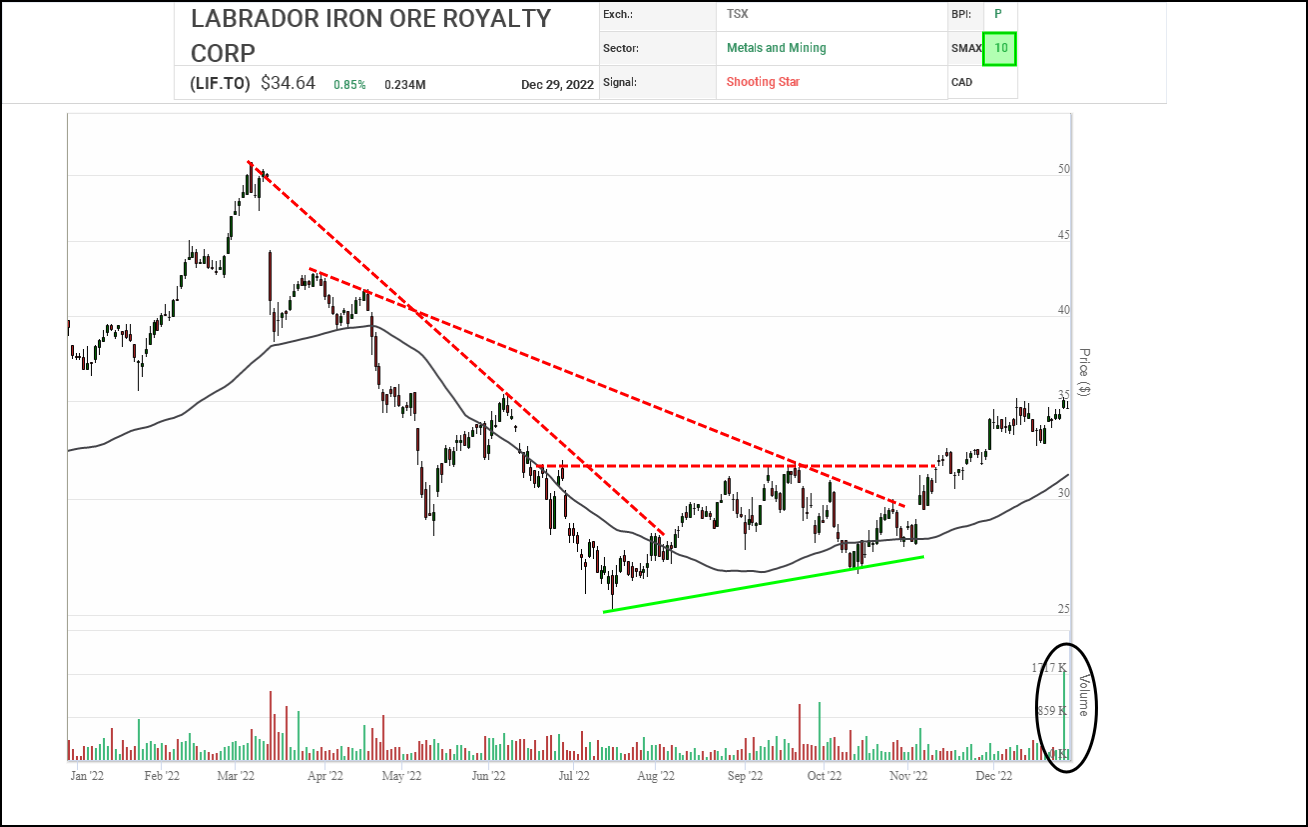 Between May and October, Labrador Iron Ore Royalty (LIF.TO) shares completed a bullish Head and Shoulders base with the head at the July bottom. A second bullish Double Top breakout coincided with the snapping of the neckline and since then, the emergence of a new uptrend has become more apparent with the rally extending into a bullish High Pole, and the shares also completing a bullish Spread Double Top breakout on their way toward $35.00 and their highest levels since May.

A horizontal count suggests initial resistance may appear near $38.10, followed on trend by previous column highs near $42.05 and $46.45. Initial support appears near $31.85 based on a 3-box reversal.

With a perfect SMAX score of 10, LIF.TO is exhibiting strength across the asset classes. 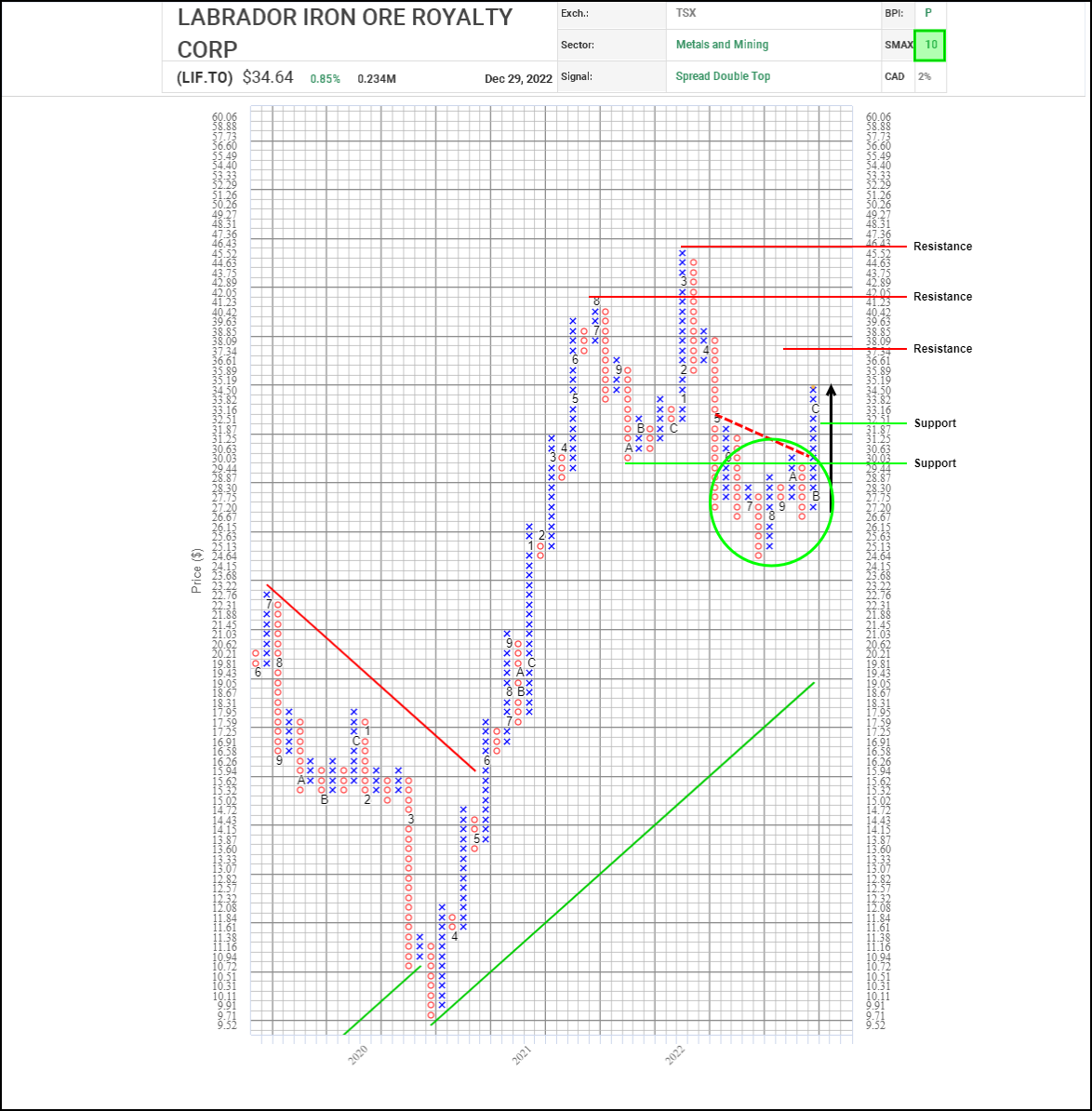