Energy producers have started the new year in decline along with energy commodity prices. Peyto Exploration (PEY.TO), for example, started to slide in the rankings of the SIA S&P/TSX Composite Index Report a couple of weeks ago. Yesterday, Peyto dropped out of the green zone into the Yellow Neutral Zone after falling 32 positions to 64th place.

Back in November, a rebound in Peyto Exploration (PEY.TO) shares was contained by resistance near the $15.00 round number and since then, the shares have come under distribution establishing a series of lower highs and snapping an uptrend line.

Yesterday, Peyto staged a major breakdown, dropping below their 50-day moving average and taking out $13.00 support on a spike in volume, indicating a significant increase in selling pressure. Potential downside support appears in the $11.00 to $11.50 zone with initial resistance dropping to the $13.00 breakdown point as previous support reverses polarity. 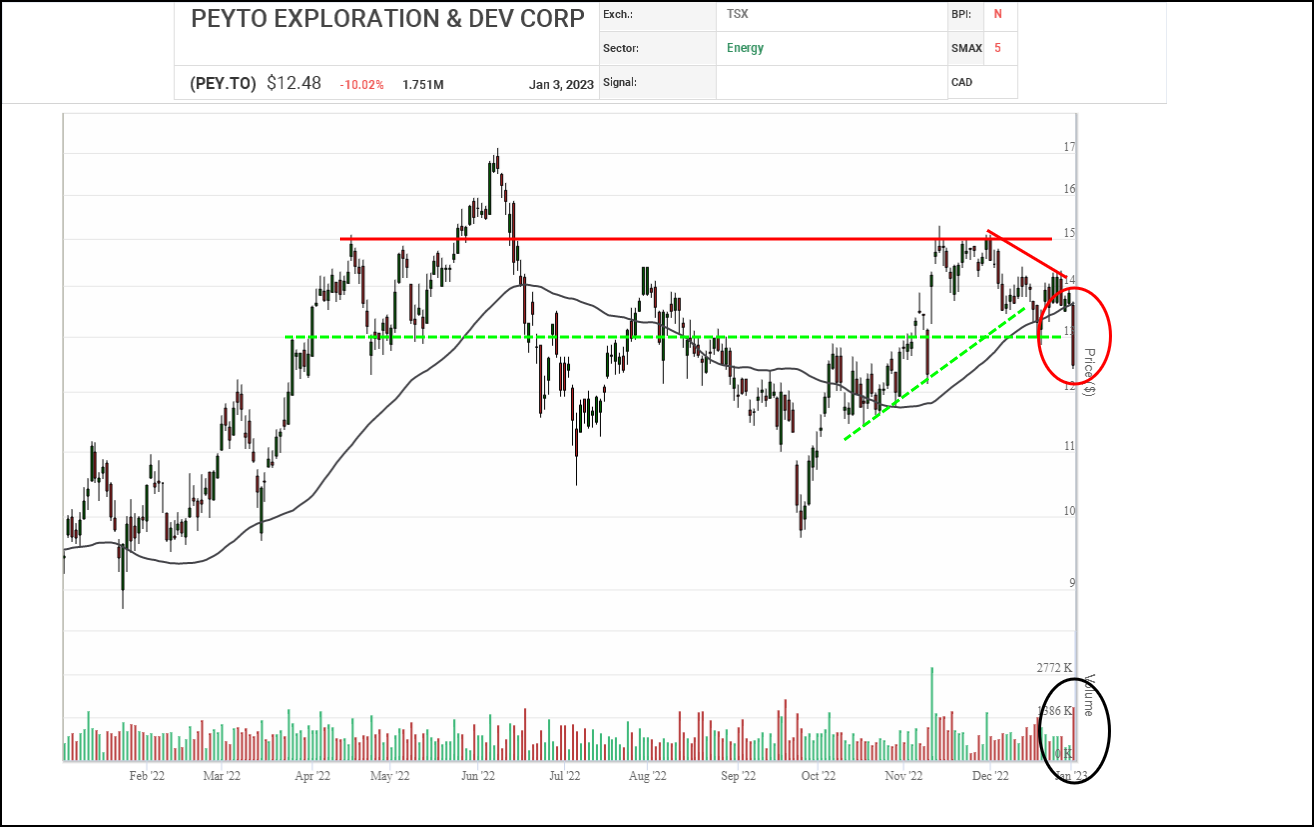 This 1% chart highlights the severity of the recent downturn in Peyto Exploration (PEY.TO) shares. Back in December, a triple top breakout failed at one row in a bearish Bull Trap that quickly reversed into a bearish Spread Double Bottom breakdown. Since then, the shares have been under distribution, staging a second Bull Trap that formed a lower high, along with two bearish Double Bottom breakdowns, including the most recent one which has already extended into a bearish Low Pole this week.

With its SMAX score falling to a bearish 5, PEY.TO is exhibiting weakness across the asset classes. 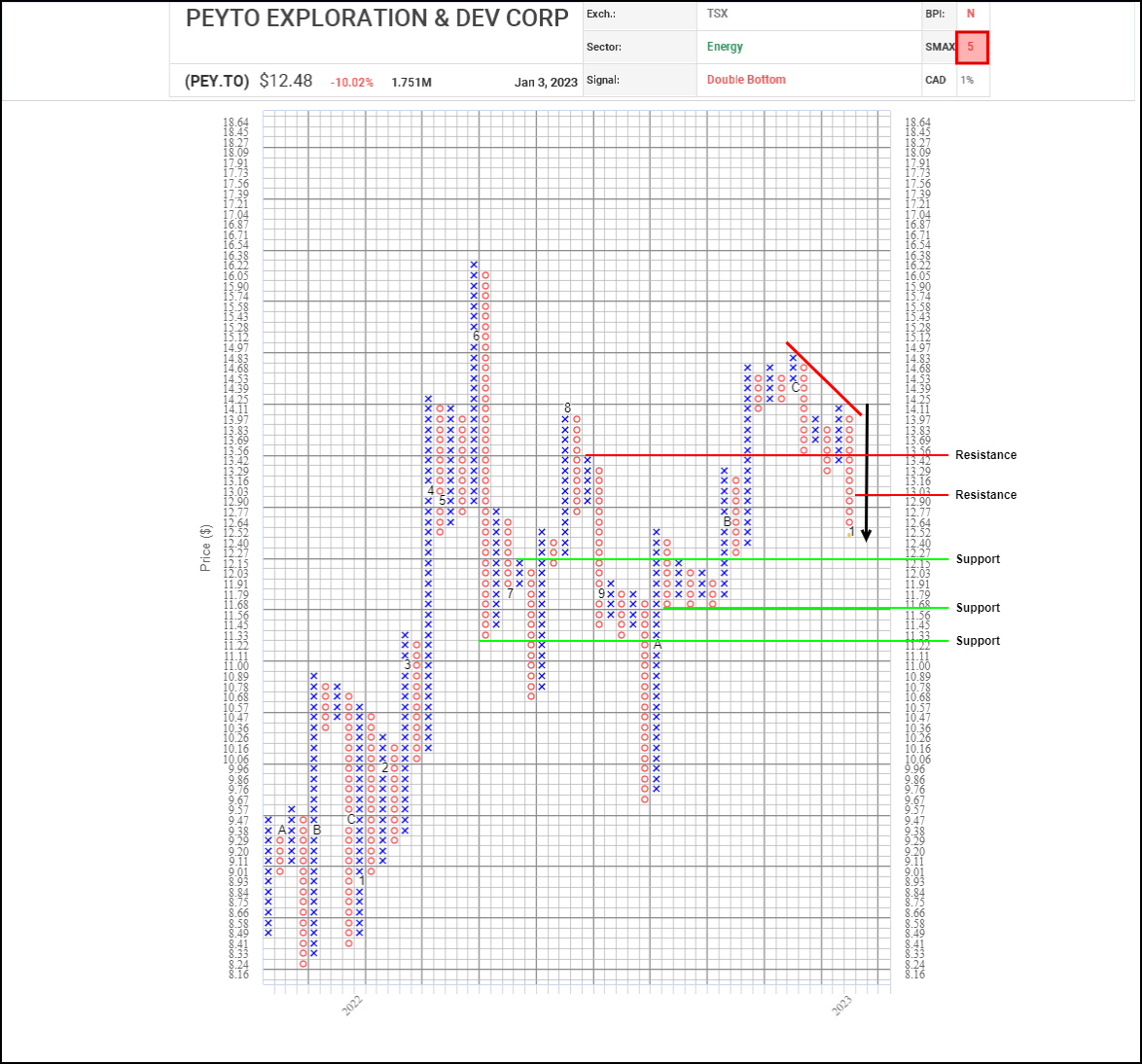