Gold producers have caught fire lately with the metal price on the rise against the US Dollar. As a case in point, Barrick Gold (ABX.TO), which had spent the last two years stuck deep in the red zone of the SIA S&P/TSX 60 Index Report, has soared up the rankings in recent weeks, and has kicked off 2023 by returning to the Green Favored Zone for the first time since November of 2020. Yesterday, ABX.TO jumped 11 spots to 12th position and it is up 34 places in the last month. A major breakout is underway in Barrick Gold (ABX.TO) shares. Volumes have been building since the summer through a period of base building around $20.00, and the beginning of a new recovery trend which started with a breakout over $22.50, a sign of renewed accumulation. Yesterday, the start of a new uptrend was confirmed by a breakout over the $25.00 round number, a key level which has reversed polarity between resistance and support three times over the last 18 months. 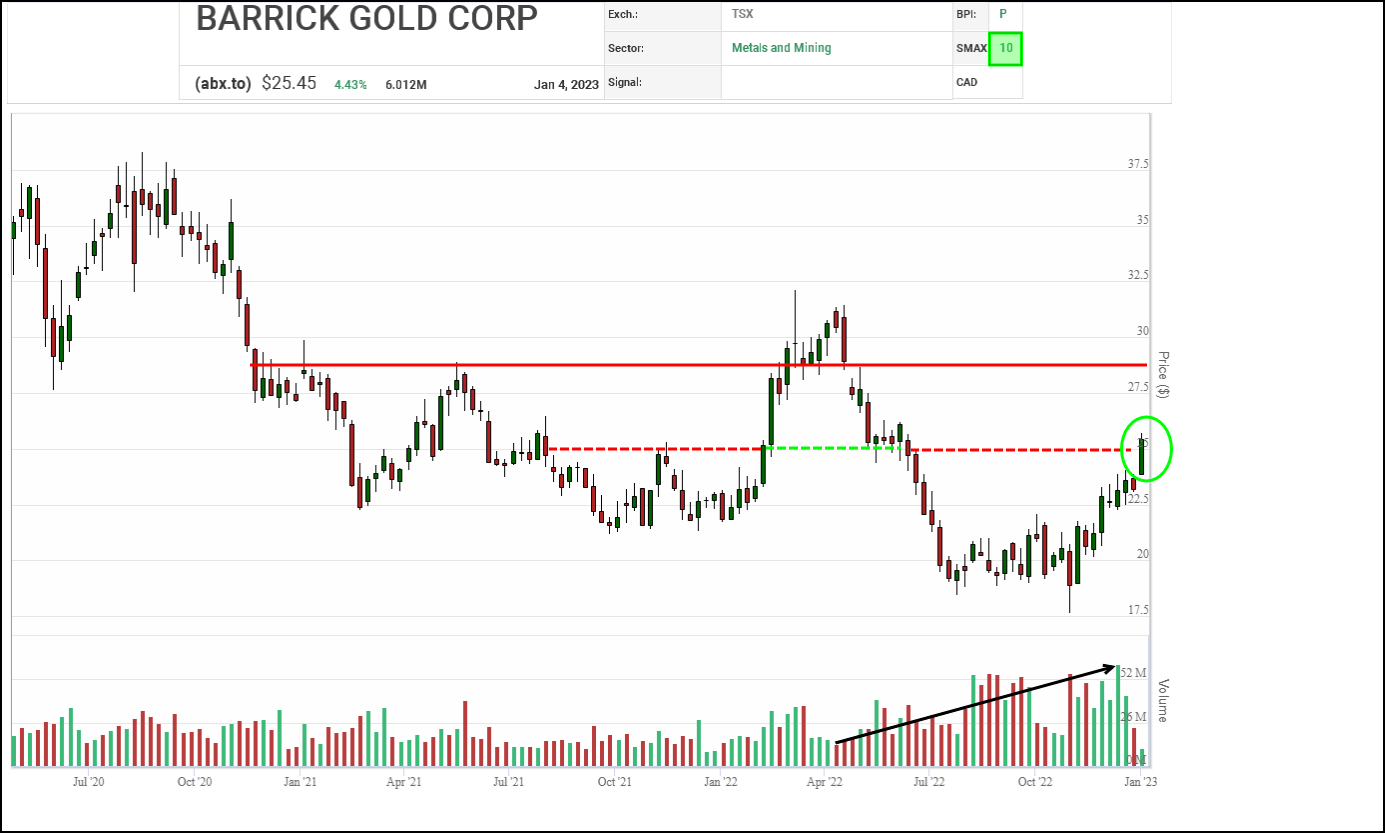 Since a long-term downtrend in Barrick Gold (ABX.TO) shares was finally contained by support near $17.50, the shares have been under renewed accumulation. In recent weeks, the shares have turned the corner and not looked back, completing bullish Double Top and Spread Double Top breakouts, extending their advance into a bullish High Pole, and snapping a downtrend line.

With a perfect SMAX score of 10, ABX.TO is exhibiting strength across the asset classes. 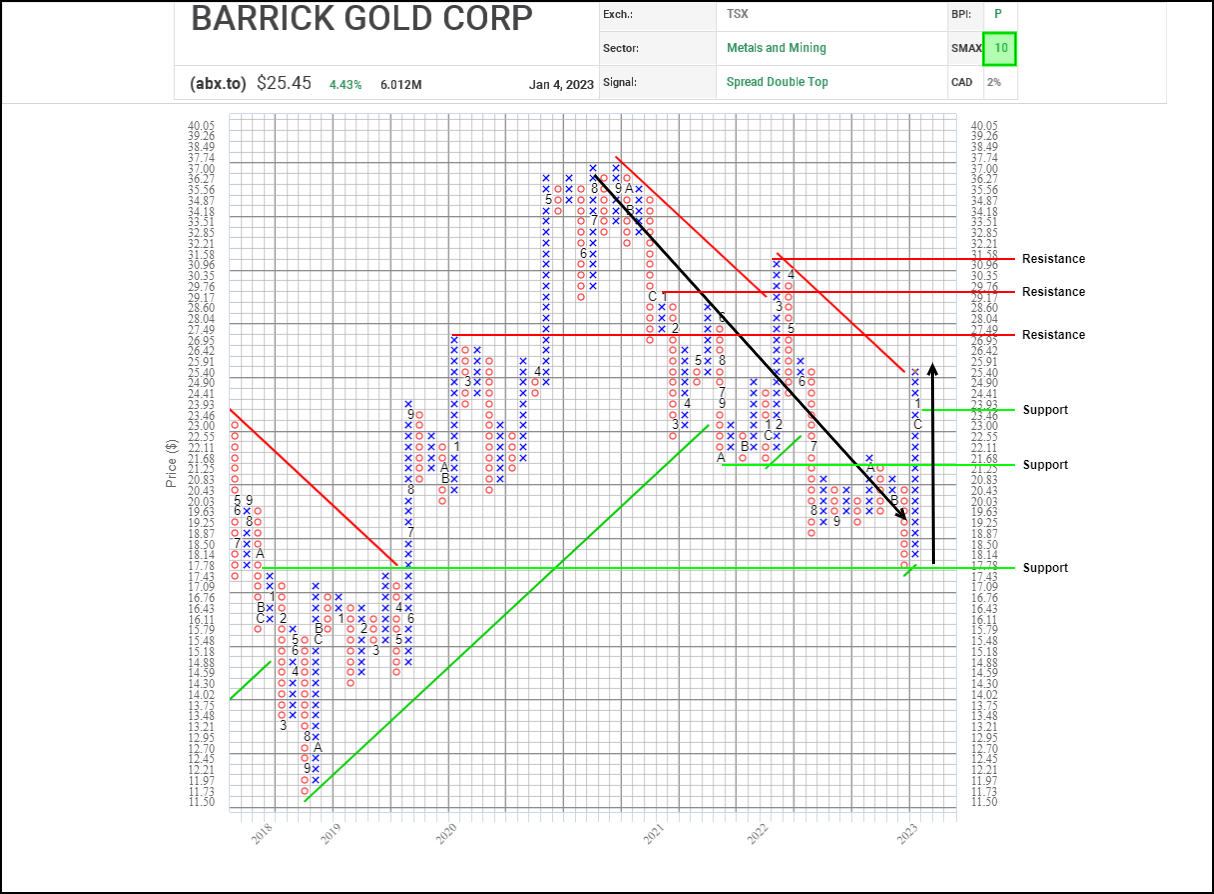