Communications software producer Enghouse Systems (ENGH.TO) has returned to the Green Favored Zone of the SIA S&P/TSX Composite Index Report for the first time since September of 2020. After spending two years stuck in the red zone, ENGH.TO has flown up the rankings in the last few weeks, rising 119 positions in the last month to 51st place.

Back in June, a long-term distribution trend in Enghouse Systems (ENGH.TO) shares came to an end in a final shakeout where a big drop on volume appears to have flushed out the last of the big sellers. Enghouse then spent the second half of last year base building. On the last few weeks, accumulation has accelerated with ENGH.TO rallying up off of $30.00, completing a bullish Ascending Triangle base with a breakout over $33.50 and continuing to advance. 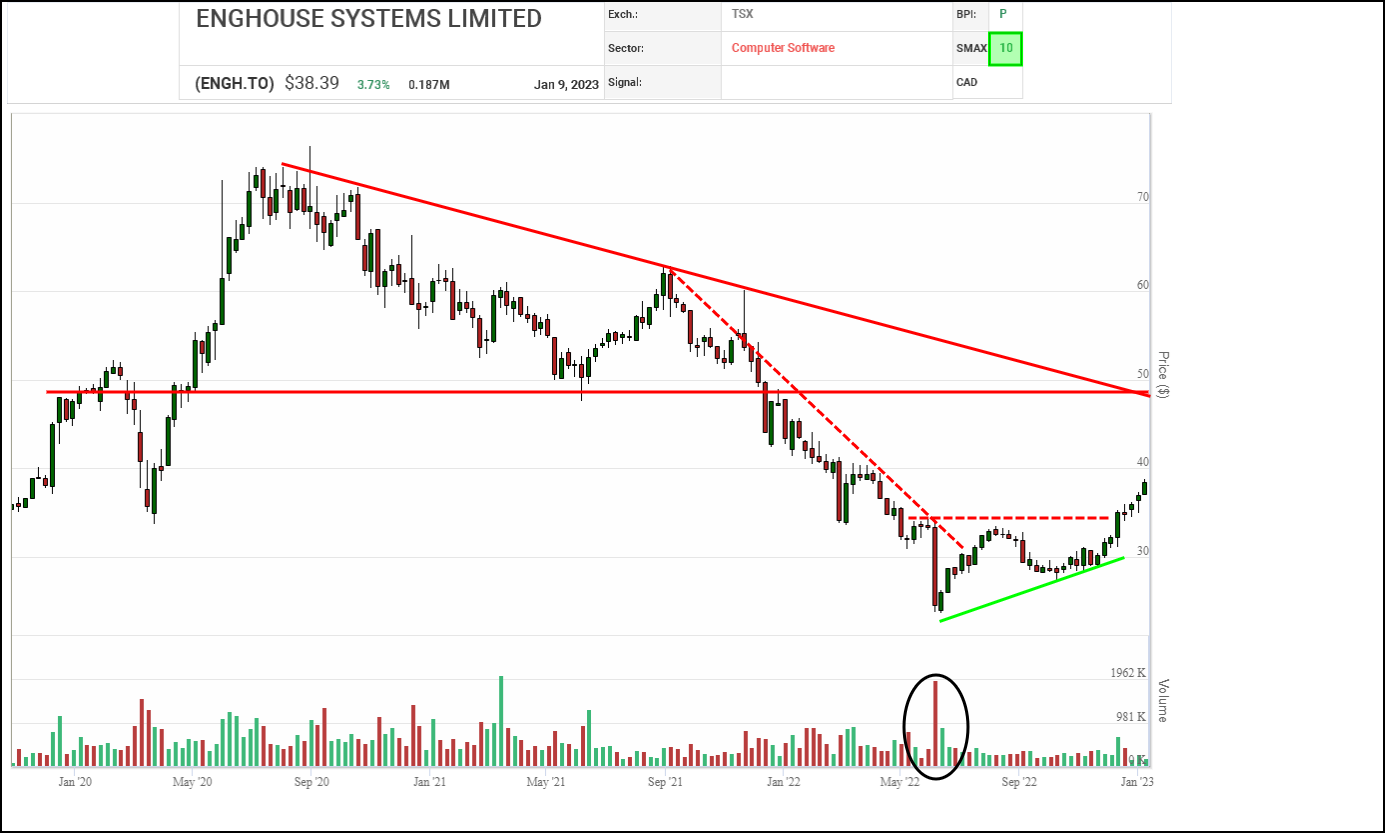 A two-year downtrend in Enghouse Systems (ENGH.TO) bottomed out back in June near $25.00. After spending the second half of last year base building, Enghouse has broken out to the upside and embarked on a new recovery trend after completing bullish Double Top and Spread Double Top patterns. The current advance has also snapped a short-term downtrend line and extended into a bullish High Pole.

Initial upside resistance appears in the $42.45 to $44.20 zone where column lows align with vertical and horizontal counts, then a long-term downtrend line closer to $46.00. Initial support appears near $34.85 based on a 3-box reversal.

With a perfect SMAX score of 10, ENGH.TO is exhibiting strength across the asset classes. 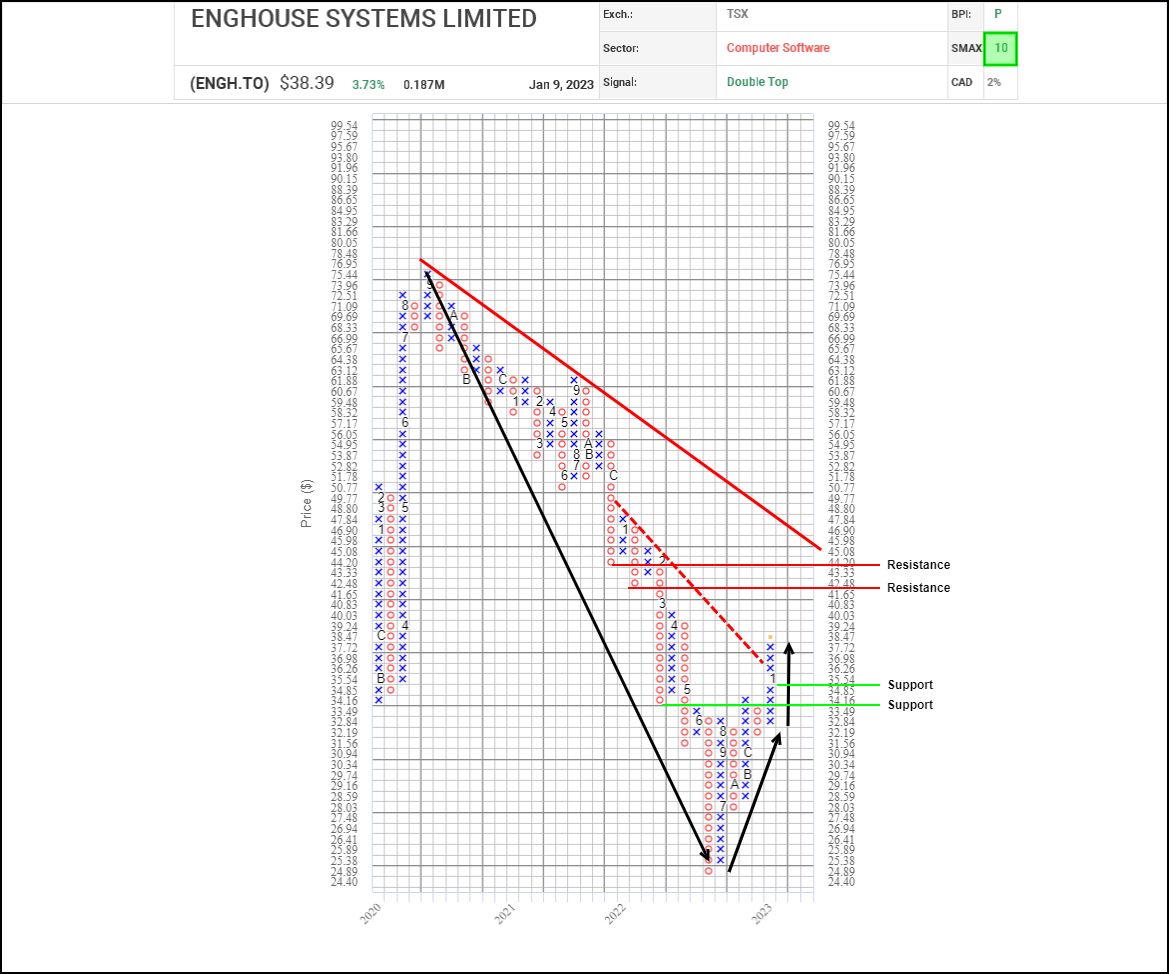