With metal prices on the rise , gold and copper miner Freeport Mcmoran (FCX) has been steadily clawing its way back up the rankings in the SIA S&P 500 Index Report, starting near the bottom of the red zone and recently returning to the Green Favored Zone. FCX currently sits in 78th position, up 16 spots on the day and up 40 places in the last month.

Freeport McMoran (FCX) has kicked off 2023 with a major breakout over $40.00. In fact, the technical trend for the shares have been turning increasingly bullish since October when it successfully retested support near $25.00. Since then, a new uptrend of higher lows has emerged, and the shares have regained and held above their 50-day moving average. 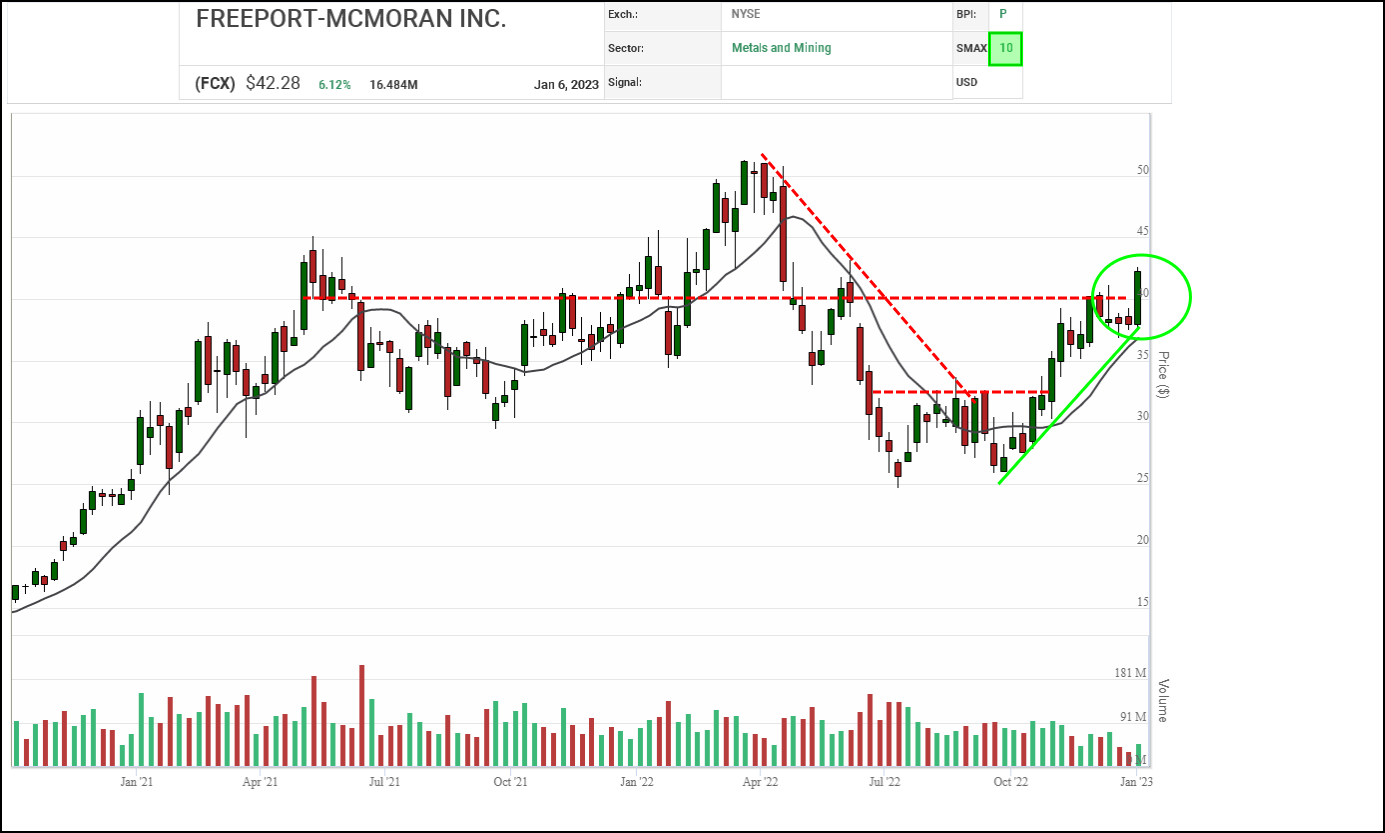 Back in November, Freeport McMoran (FCX) shares completed a based with a bullish Spread Triple Top breakout. Since then, the shares have remained under steady accumulation, building a bullish High Pole without even a 3-box correction along the way.

Currently, the shares are approaching a potential resistance zone between $43.60 and $45.35 where previous column highs and a horizontal count converge, followed on trend by $50.00 round number and the April peak near $52.10. Initial support appears near $38.70 based on a common 3-box reversal.

With a perfect SMAX score of 10, FCX is exhibiting strength across the asset classes. 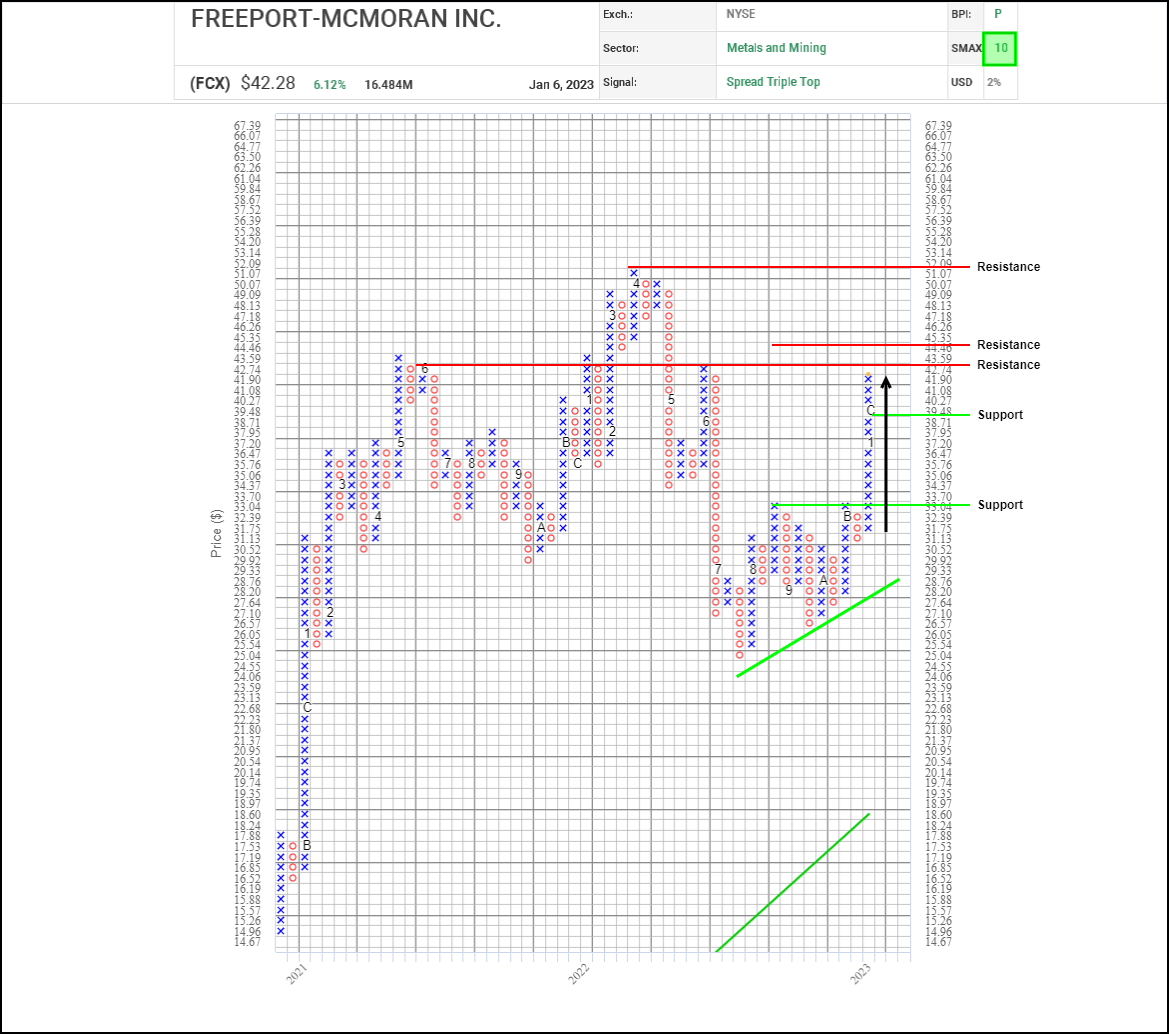