After spending most of the last two year stuck in the red zone of the SIA S&P 500 Index Report, DuPont (DD) started climbing back up the relative strength rankings in September and yesterday it returned to the Green Favored Zone for the first time since February of 2021. DD has climbed 36 positions in the last month, including a rise of 5 spots yesterday to 125th place.

A classic, bullish Flag pattern appears to be unfolding in DuPont (DD) shares. A year-long downtrend bottomed out with a successful test of round number of support near $50.00. An initial near-vertical spike rally from near $50.00 up toward $72.00, which also snapped a downtrend line, formed the flagpole, and several weeks of consolidation in a higher $66.00 to $72.00 range formed the flag.

This month, DD has broken out over $72.00 to signal the start of the second rally phase within the Flag. A measured move suggests potential resistance near $94.00 which is close to DuPont’s 2018 peak. Initial resistance may appear near $84.00 based on previous struggles. Initial support moves up to the $72.00 breakout point from $66.00. 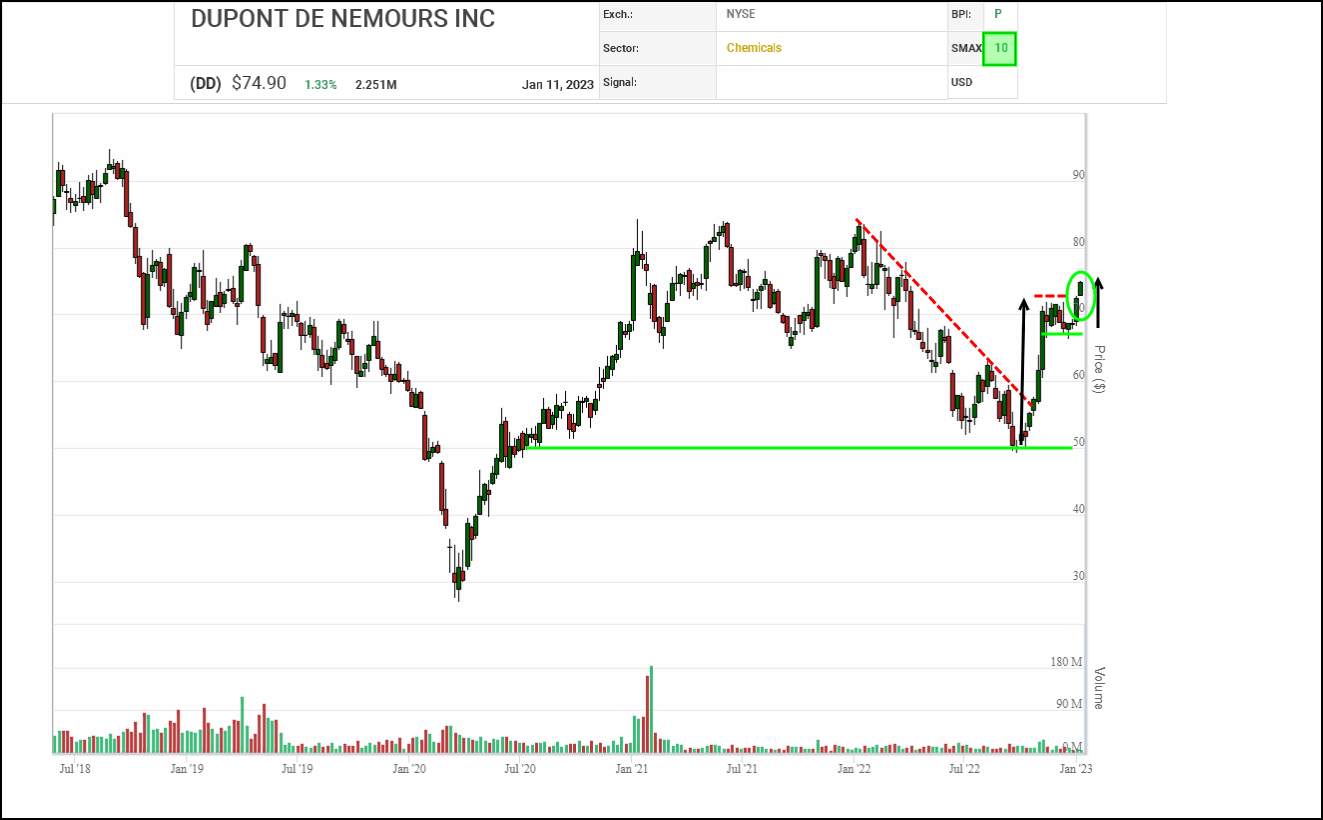 DuPont (DD) shares have gone on a rocket ride in the last two months since a selloff was contained by a 45-degree uptrend line near the $50.00 round number. For nearly three months now, DuPont has been under consistent accumulation, staging a bullish High Pole rally without even a 3-box correction. Along the way, DD has snapped a downtrend line and completed bullish Double Top and Spread Double Top breakouts.

With a perfect SMAX score of 10, DD is exhibiting strength across the asset classes. 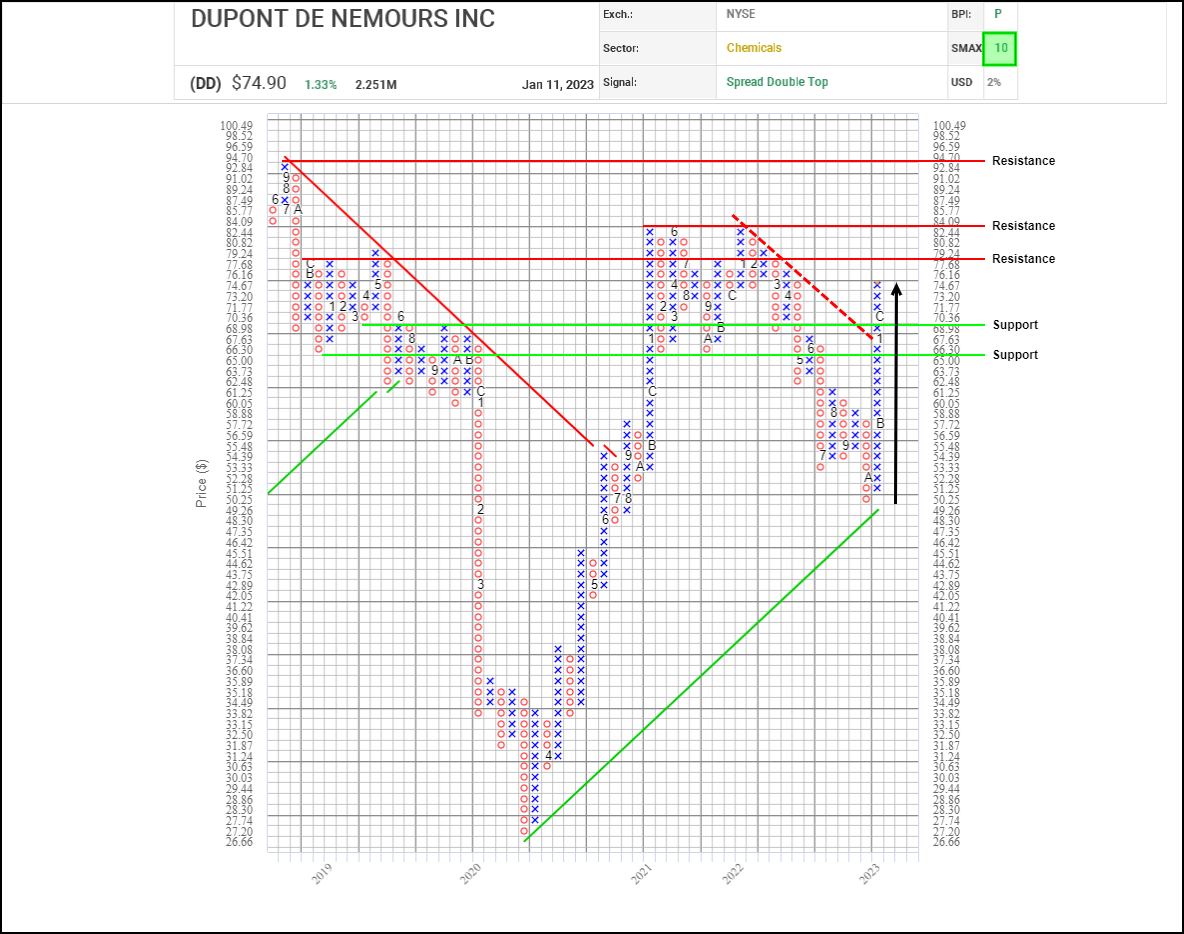