The return to work of more investors from holidays has brought a New Year’s Rally to equity and commodity markets with broad based gains both in North America and internationally. Investors have responded positively to a number of news developments including weakening US wage inflation easing pressure on the Fed to remain hawkish, and China reopening its border to travellers for the first time in three years, a sign that it’s economy is reopening. Previously depressed groups have rebounded nicely, including four consecutive days of gains for the NASDAQ.

Investors have also taken a “no news is good news” perspective on what so far has been a very quiet confession season, suggesting that the upcoming earnings season may end up being in line or better than expectations.

Earnings season kicks off Friday with results due from several major national US banks, including JPMorgan Chase, Citigroup and Bank of America, along with asset manager Blackrock. Next week results are due from a number of US regional banks, brokerages Goldman Sachs and Morgan Stanley and airlines United and American. Economic news for the next week is focused mainly on inflation from several countries including the US, Canada, the UK and China, kicking off with today’s US Consumer Price Index report. Next week also brings US retail sales, and some regional manufacturing reports

In this edition of the Equity Leaders Weekly, we look at the Sector Scopes feature for insights into the current state of the market, and at the US Homebuilding Sector by looking at the iShares US Home Construction ETF (ITB). 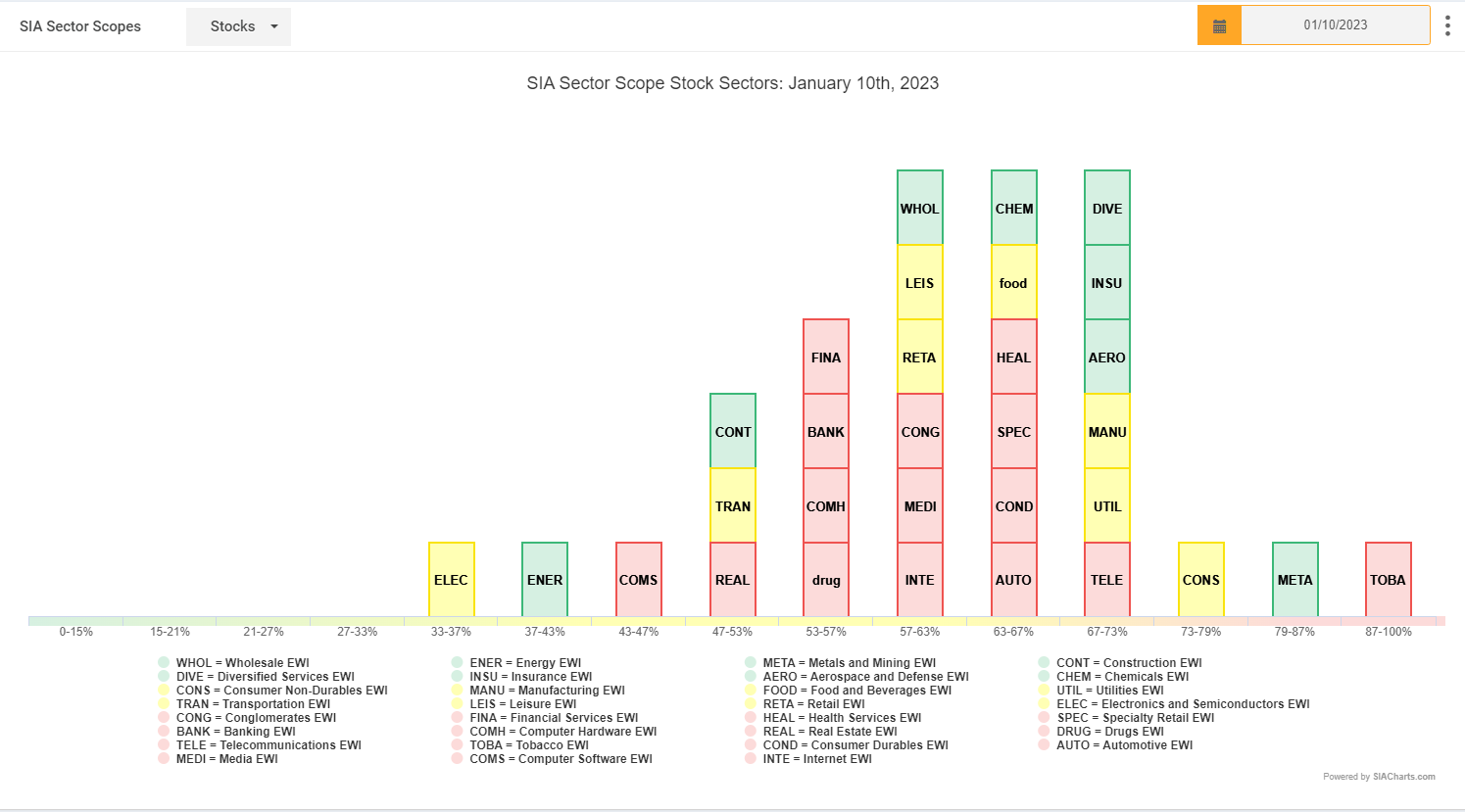 The Sector Scopes feature in SIA Charts, found in the Markets – BPI section, provides investors with a visual snapshot of the Bullish Percent (percentage of stocks in the sector on a bullish signal) for 31 industry groups. This provides insight into which sectors are attracting capital, and which are not at a given point in time and also how capital flows and investor sentiment change over time.

December was a broadly challenging month for US equity markets as many investors took the opportunity to lock in tax losses before the end of the year. By December 28th, the last day of tax loss selling, bullish percent readings were spread widely across the spectrum with Electronics and Semiconductors, Computer Hardware, Media, and Automotive occupying the leftmost (weakest) positions.

In the last two weeks, markets have broadly bounced back and the majority of groups have shifted into the center-right part of the table, which is indicative of an advancing but not overextended or overbought market. Metals and Mining continues to exhibit relative strength along with defensive sectors like Tobacco and Consumer Non-Durables (Staples). Technology sectors such as Computer Software and Electronics and Semiconductors continue to lag behind. 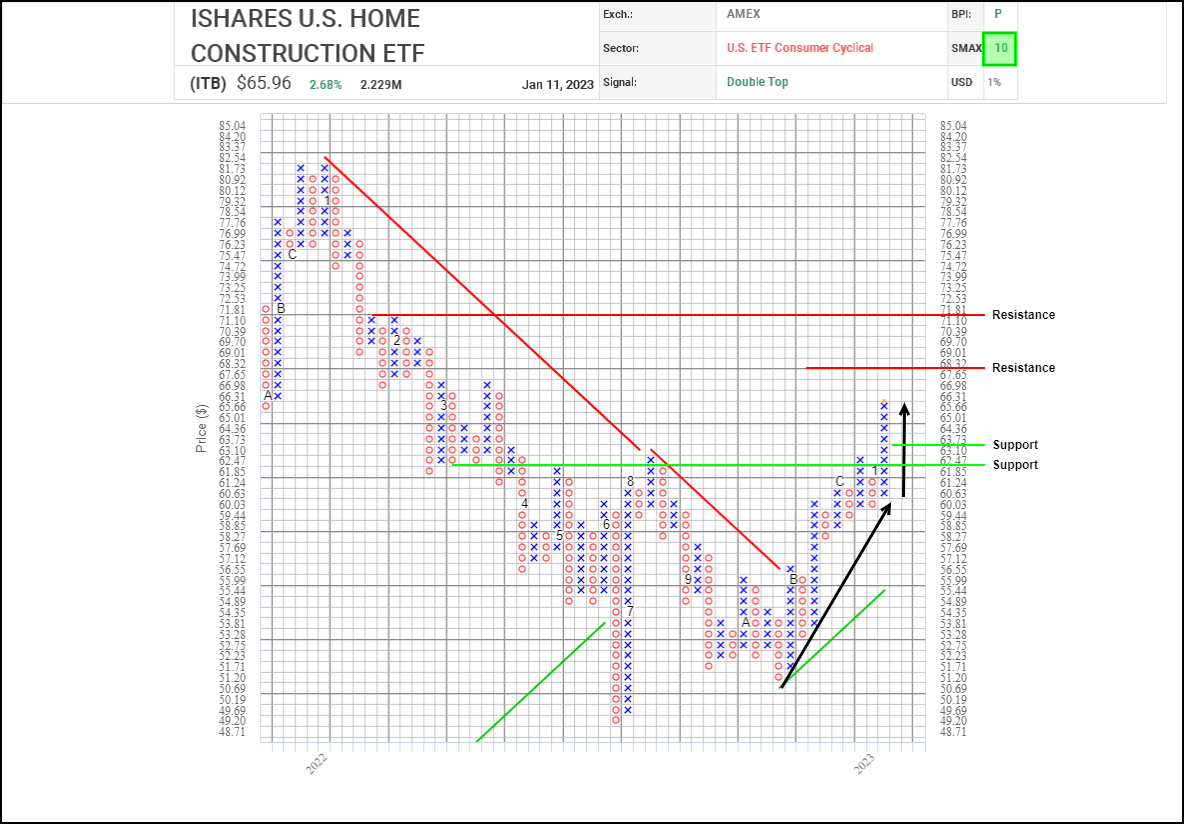 A decisive trend change appears to be underway in US homebuilding shares. The sector, represented by the iShares US Home Construction ETF (ITB) spent 2022 under distribution, steadily declining in a downward trend of lower highs. Even as headwinds from rising interest rates on real estate increased in the second half of the year, downward momentum slowed as support emerged near the $50.00 level.In November, ITB broke out of a downtrend and has been under steady accumulation since then, establishing a new uptrend of higher lows and completing a series of bullish Double Top breakouts and Catapults. It appears that the US economy holding up better than feared in recent months, and the Fed slowing the pace of interest rate hikes, has returned some interest to the sector.

A vertical count suggests initial resistance may appear near $68.35, followed on trend by $71.80 where a horizontal count and previous column highs converge. Initial support appears near $61.85 based on a 3-box reversal.