Back in October, electronics manufacturer Celestica (CLS.TO) returned to the Green Favored Zone of the SIA S&P/TSX Composite Index Report, ending a six-month absence and rebounding from a short dip into the red zone. Since then, the shares are up 12.3%. Yesterday, CLS.TO climbed 4 spots to 13th place.

A major breakout is underway in Celestica (CLS.TO) shares. CLS.TO spent most of 2022 trending sideways between $11.50 and $16.00. Back in October, a successful retest of channel support and a bullish Morning Star (black circle) candlestick pattern suggested a downswing was ending and since then, Celestica has been under renewed accumulation.

This week the shares have blasted through the $16.00 channel top to a three-plus-year high, signaling the start of a new upleg. Based on measured moves, next potential resistance appears between the $20.00 round number and $21.00. Initial support moves up to the $16.00 breakout point. 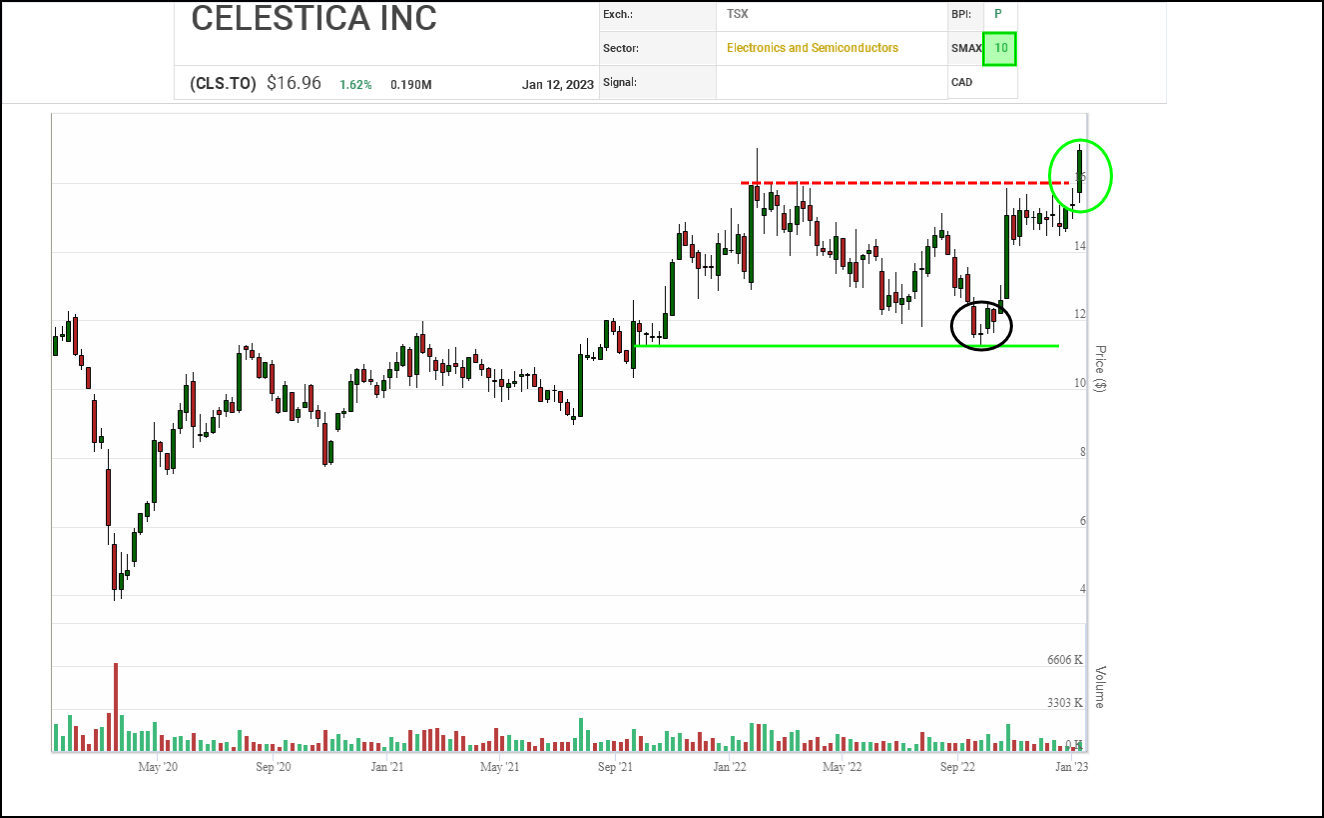 After spending most of last year under distribution, Celestica (CLS.TO) shares turned it around in October and have been under renewed accumulation. Late last year, the shares completed a bullish Double Top breakout, and so far this year, they have extended their bullish High Pole advance, clearing their February 2022 peak and climbing to multi-year highs.

With a perfect SMAX score of 10, CLS.TO is exhibiting strength across the asset classes. 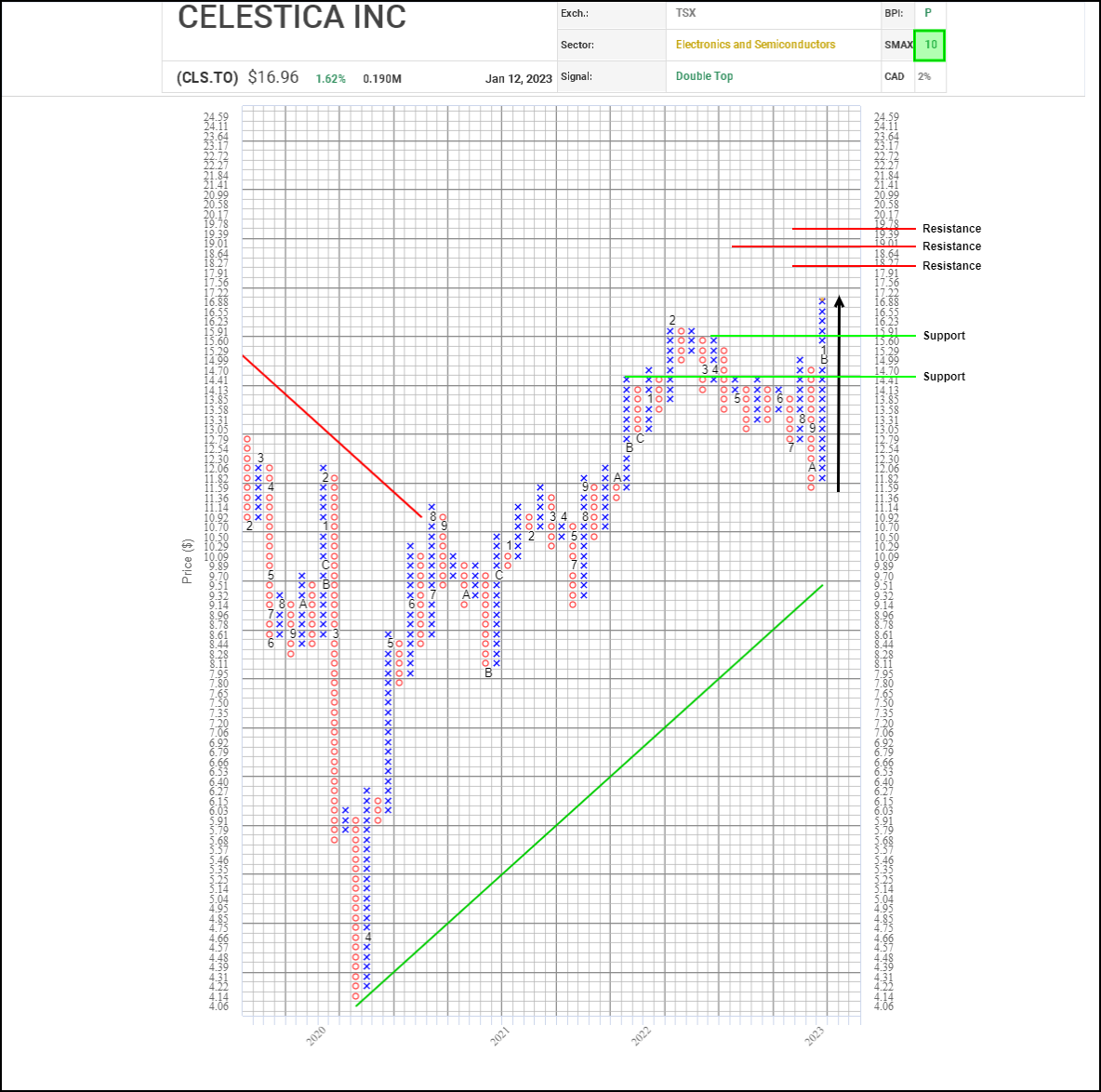