Coffee chain Starbucks (SBUX) has been steadily climbing up the rankings in the SIA S&P 100 Index Report since June. Starting deep in the red zone, SBUX has worked its way back up to the Green Favored Zone for the first time in two years. On Friday, Starbucks finished in 26th place, up 2 spots on the day and up 11 positions in the last month.

Since bottoming out near $70.00 last spring, Starbucks (SBUX) shares have been steadily retaking lost territory and establishing a new uptrend of higher lows. In recent weeks, the shares have broken through $100.00 and this week, they have climbed to their highest levels in a year.

Previous peaks suggest potential upside resistance on trend may appear near $115.00 then $122.50. Initial support moves up to the 50-day moving average near $98.50. 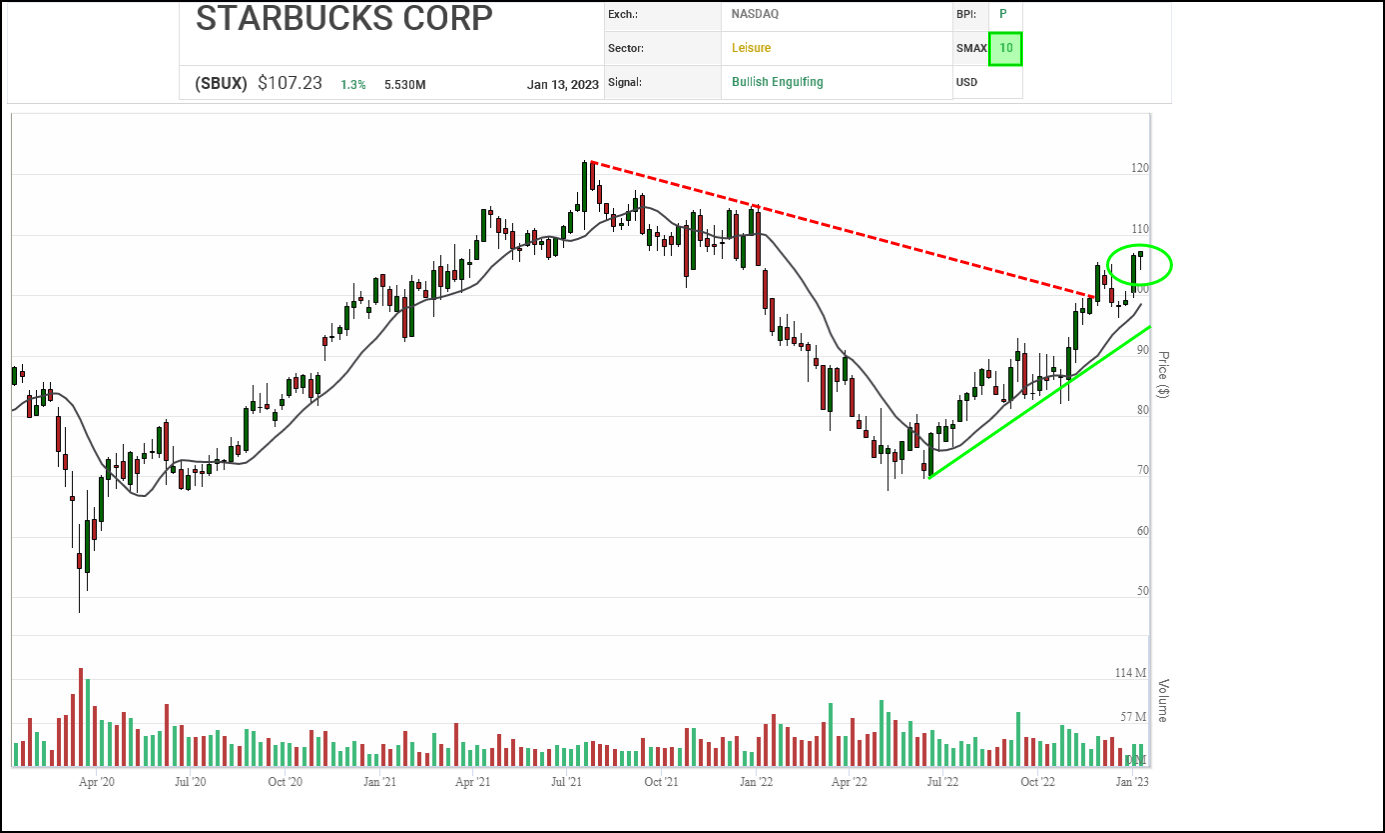 Back in May, a selloff in Starbucks (SBUX) shares was contained by previous support near $67.75. Since then, the shares have been under renewed accumulation, climbing in a step pattern of rallies followed by consolidation at higher levels. A series of positive pattern breakouts including Double Tops and Spread Double Tops confirms that Starbucks’ long-term uptrend has resumed.

With a perfect SMAX score of 10, SBUX is exhibiting strength across the asset classes. 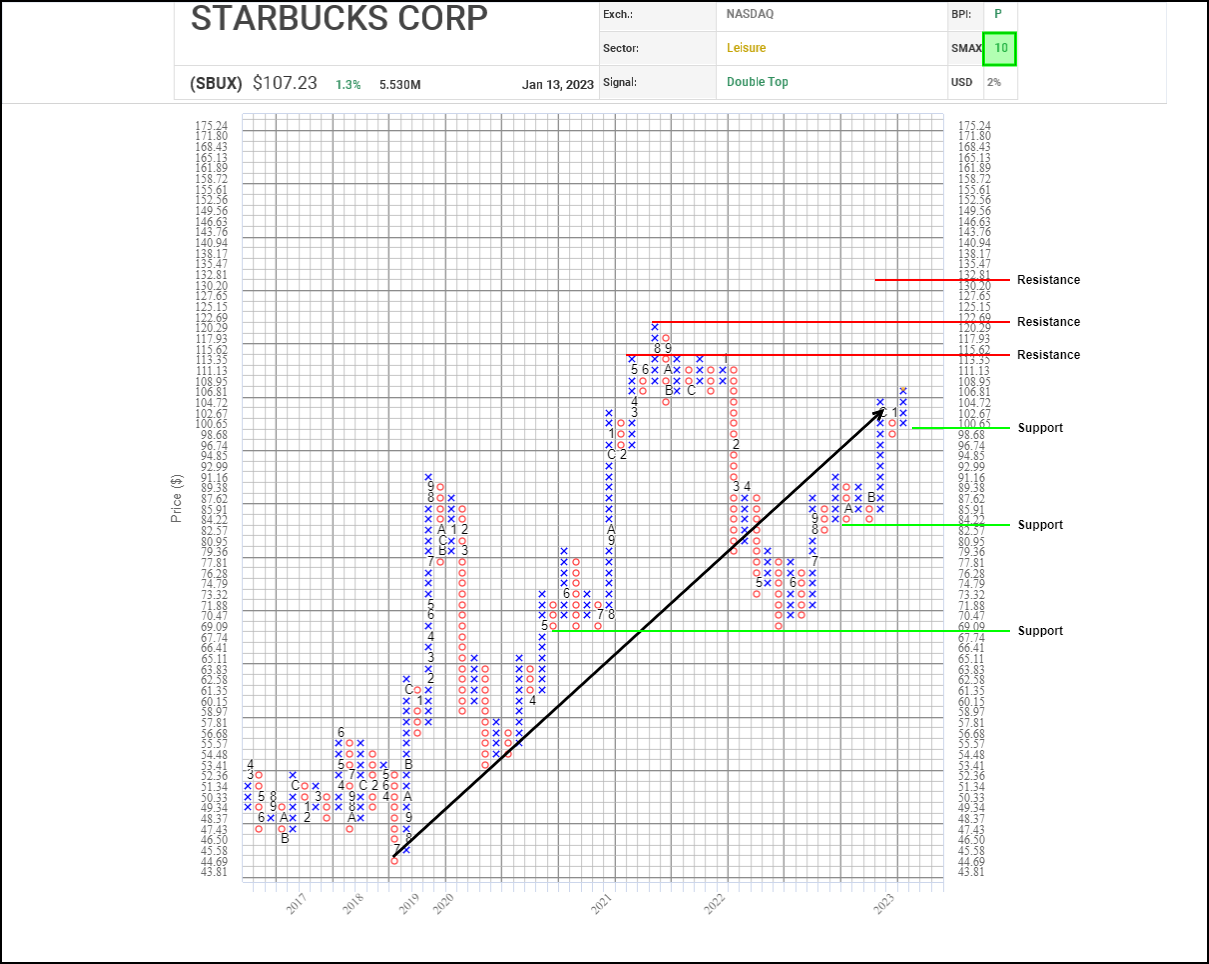