Graphics chipmaker Nvidia (NVDA) has rocketed back up the rankings in the SIA S&P 100 Index Report blasting up out of the red zone where it had been stuck for 8 months, and up into the Green Favored Zone for the first time since April. Yesterday, Nvidia climbed another 2 spots to 12th place and it is up 39 positions in the last month.

A near-textbook bullish Head and Shoulders bottom has been forming in Nvidia shares for the last six months, with shoulders in July and early January, and the head in October with the shoulder lows similar and a head plus shoulders evenly spaced over time. Currently, the shares are bumping up against the neckline and appear poised for a breakout. The shares have closed above the neckline this week and a close above the $200.00 round number would not only confirm that the base has been completed, it would also snap a long-term downtrend line and confirm the start of a new uptrend. Should that occur, initial resistance may appear near $225.00, then $250.00 where a round number and a measured move align, followed by the $275.00 to $280.00 zone based on another peak and a larger measured move. Initial support appears in the $175.00 to $180.00 area. 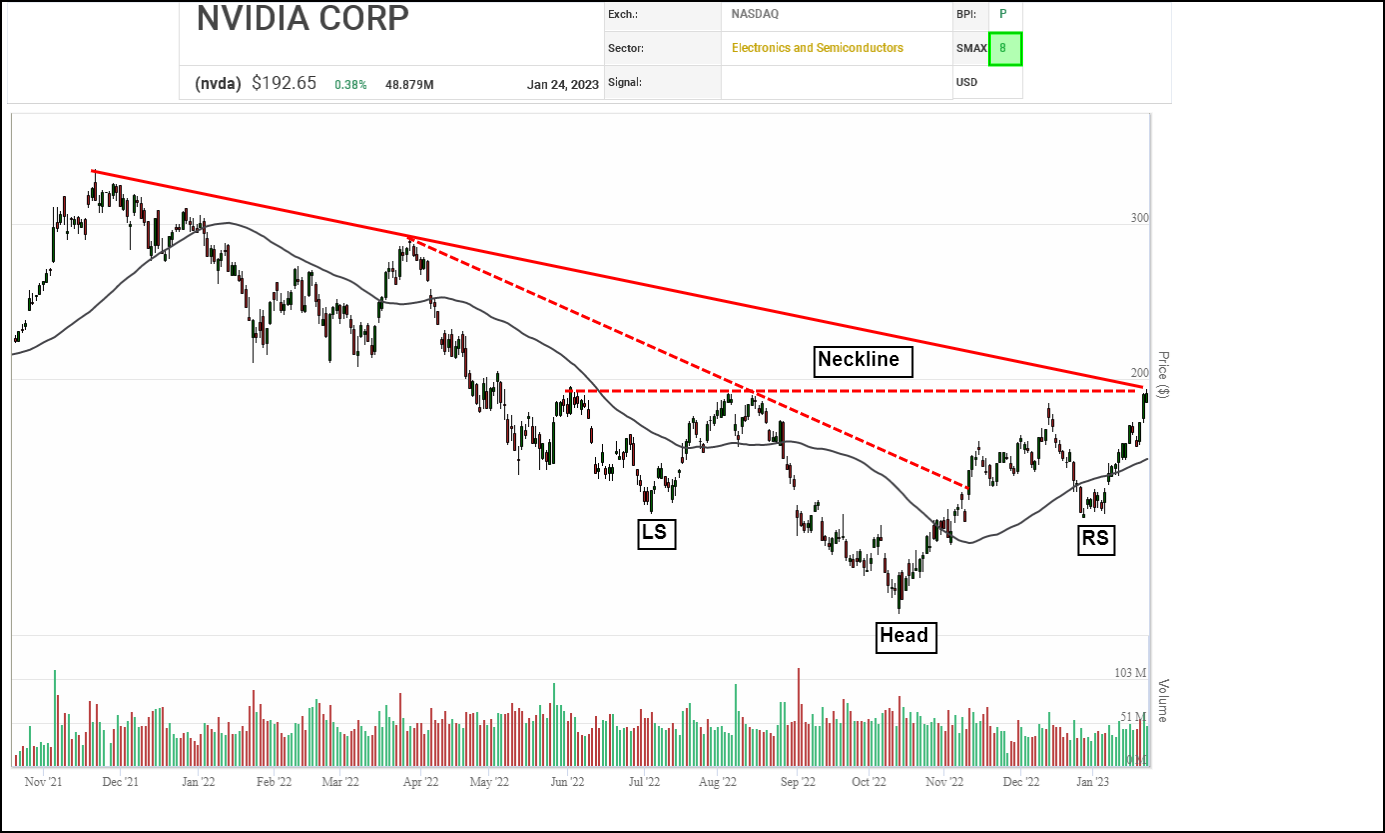 Nvidia (NVDA) shares have started to really turn around in recent weeks and months. A nearly year-long distribution trend bottomed out in October and a recovery trend started right away. It appeared to falter in December but since tax-loss selling season ended, the bulls have re-asserted their dominance and the shares have resumed their upward course, staging another bullish Double Top breakout and launching into another bullish High Pole. Nvidia is currently approaching a potential resistance zone between $199.40 and $207.50, where previous column highs and lows and a horizontal count cluster around the $200.00 round number. A move through there would confirm the start of a new recovery trend with next potential resistance near $229.50 based on previous column highs, then $243.05 based on a vertical count. Initial support appears near $277.05 based on a 3-box reversal.

With its bullish SMAX score increasing to 8, NVDA is exhibiting strength against the asset classes. 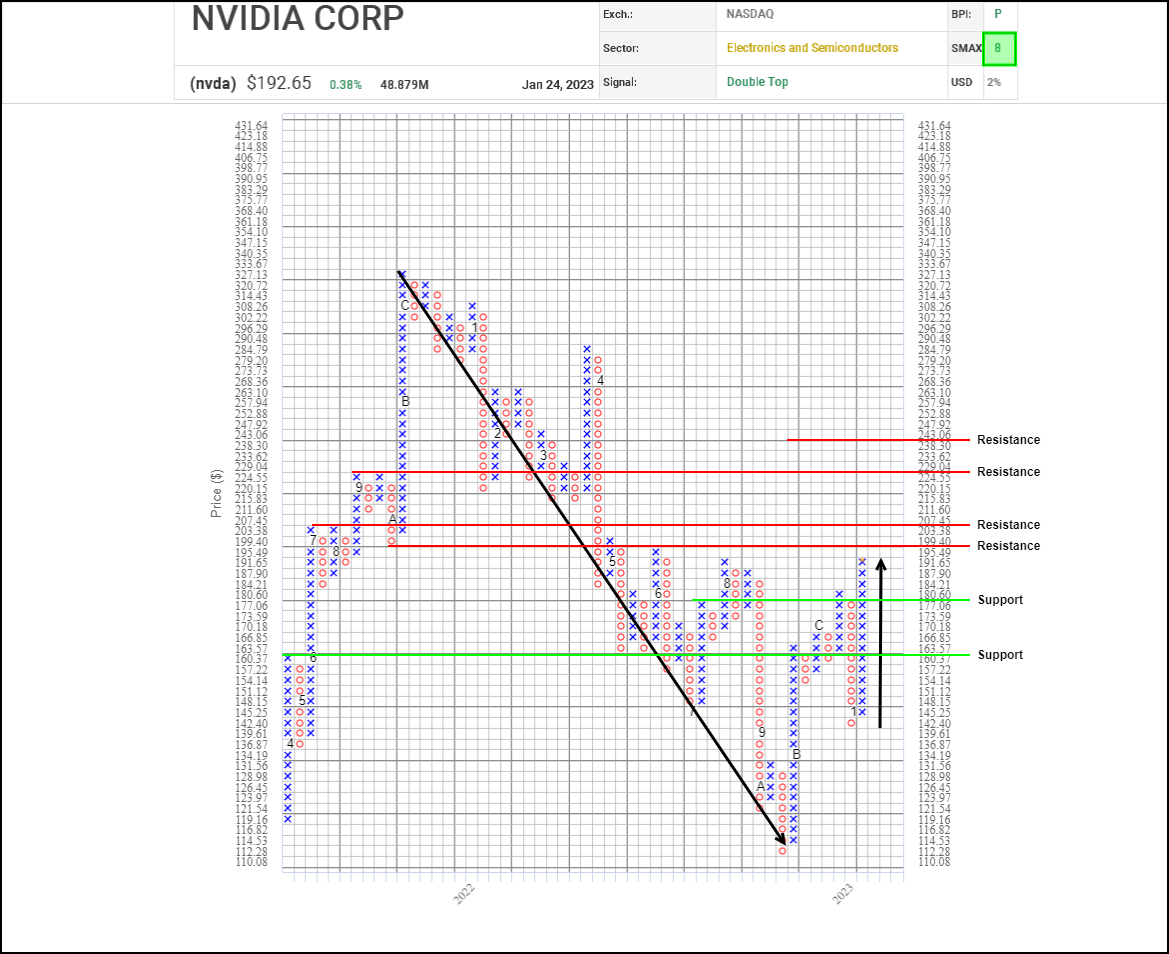