Still basking in the glow of strong subscriber numbers announced last week, Netflix (NLFX) has just returned to the Green Favored Zone of the SIA S&P 100 Index Report for the first time since August of 2020. The shares started to climb up from the bottom of the red zone last summer but have really rocketed back up the rankings since the beginning of this year. Yesterday, NFLX finished in 20th place, up 7 spots on the day and up 33 positions in the last month.

Since bottoming out last summer, Netflix (NFLX) has been recovering lost territory. Note how the slope of the green trend support lines has been steepening over the last six months, a sign of accelerating accumulation. Recently, NFLX broke out over $325.00, which completed the filling in of an old gap, a bullish sign that confirmed the current recovery trend continues. Yesterday, Netflix broke out over $350 for the first time since April. 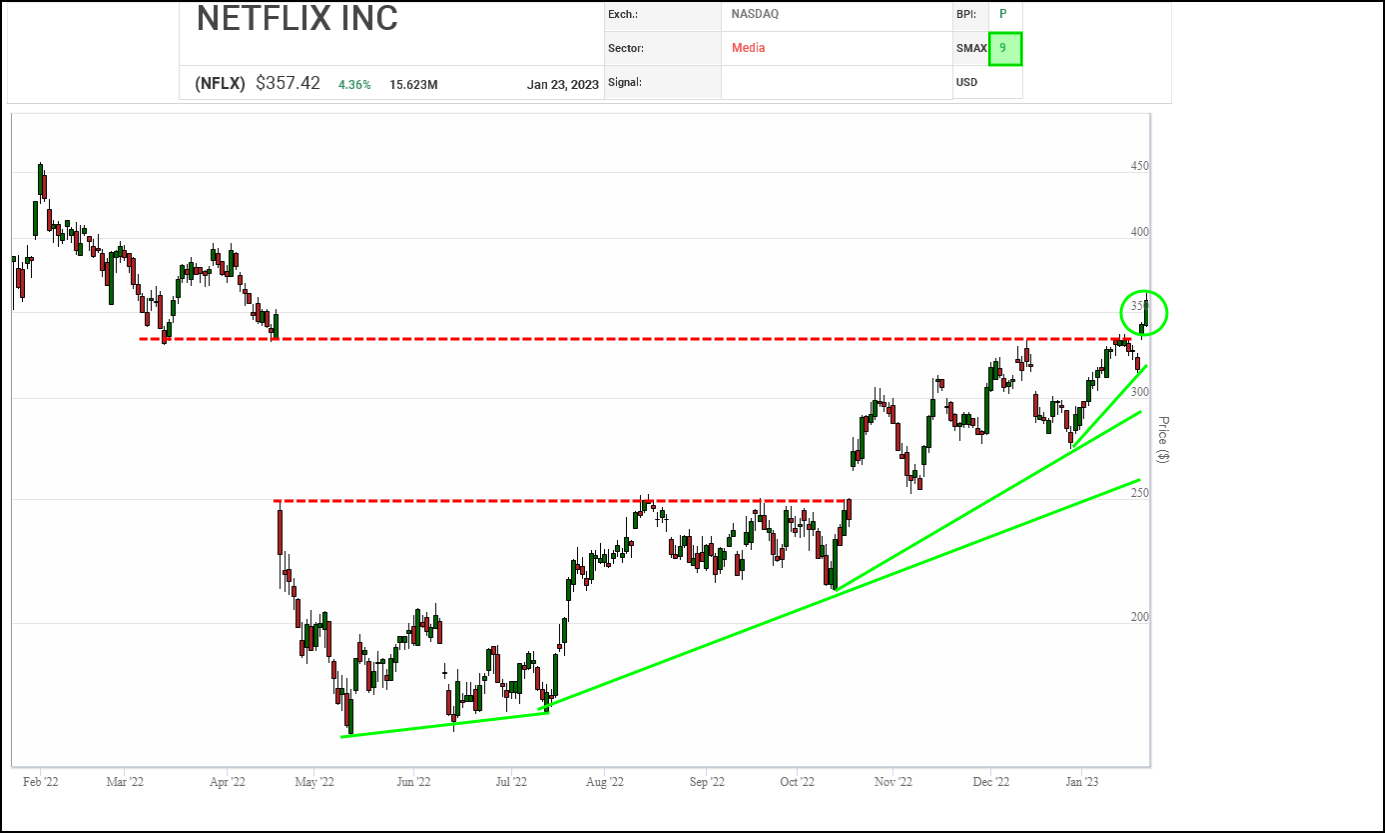 Following a big selloff in the first half of last year, Netflix (NFLX) shares bottomed out last summer near $175.00 and have been under renewed accumulation since August. Over the last five months, NFLX has established a new uptrend of higher lows and completed a series of bullish breakouts including Double Tops, Spread Double Tops, a Triple Top and a Spread Triple Top. With some of these breakouts combining, the shares are currently on a Bullish Catapult signal and have extended their recent rally into a bullish High Pole.

With a SMAX score of 9, NFLX is exhibiting strength against the asset classes. 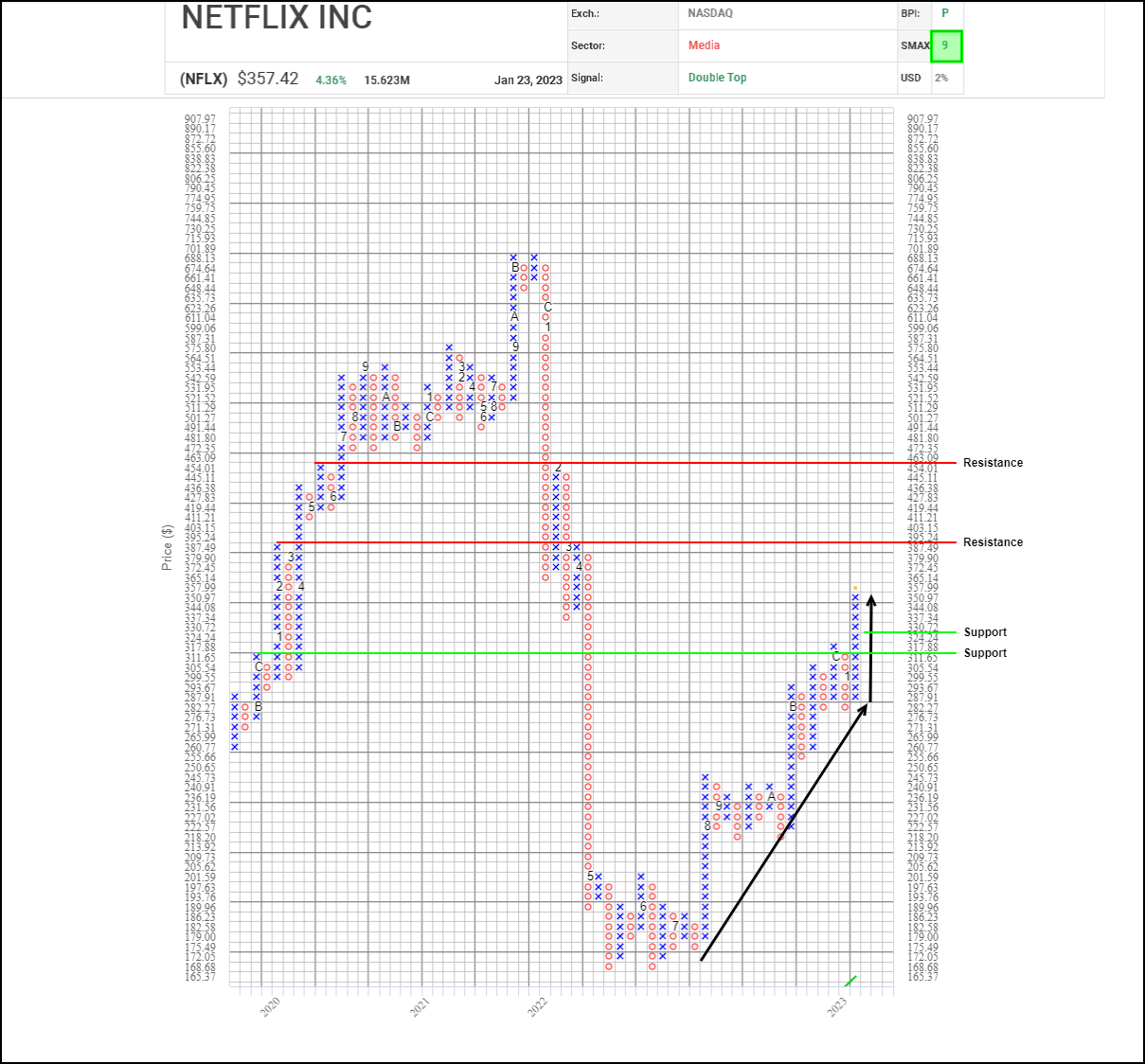