Bus manufacturer NFI Group (NFI.TO) has been climbing up the rankings in the S&P/TSX Composite Index Report having moved up 9 spots yesterday and 91 spots in the last month. The shares recently climbed up from the red zone into the Yellow Neutral Zone and are 11 spots away from the green zone, currently sitting in 67th place For the last six months, NFI Group (NFI.TO) shares have been building a base for recovery with a bullish Ascending Triangle pattern of higher lows forming between $12.50 and $19.00. The shares have now broken out of this base and regained the $20.00 level, signaling that a new advance is underway.

Initial upside resistance may appear in the $24.50 to $25.50 zone where a previous support level, round number and measured move converge. Initial support appears near the $19.00 breakout point. 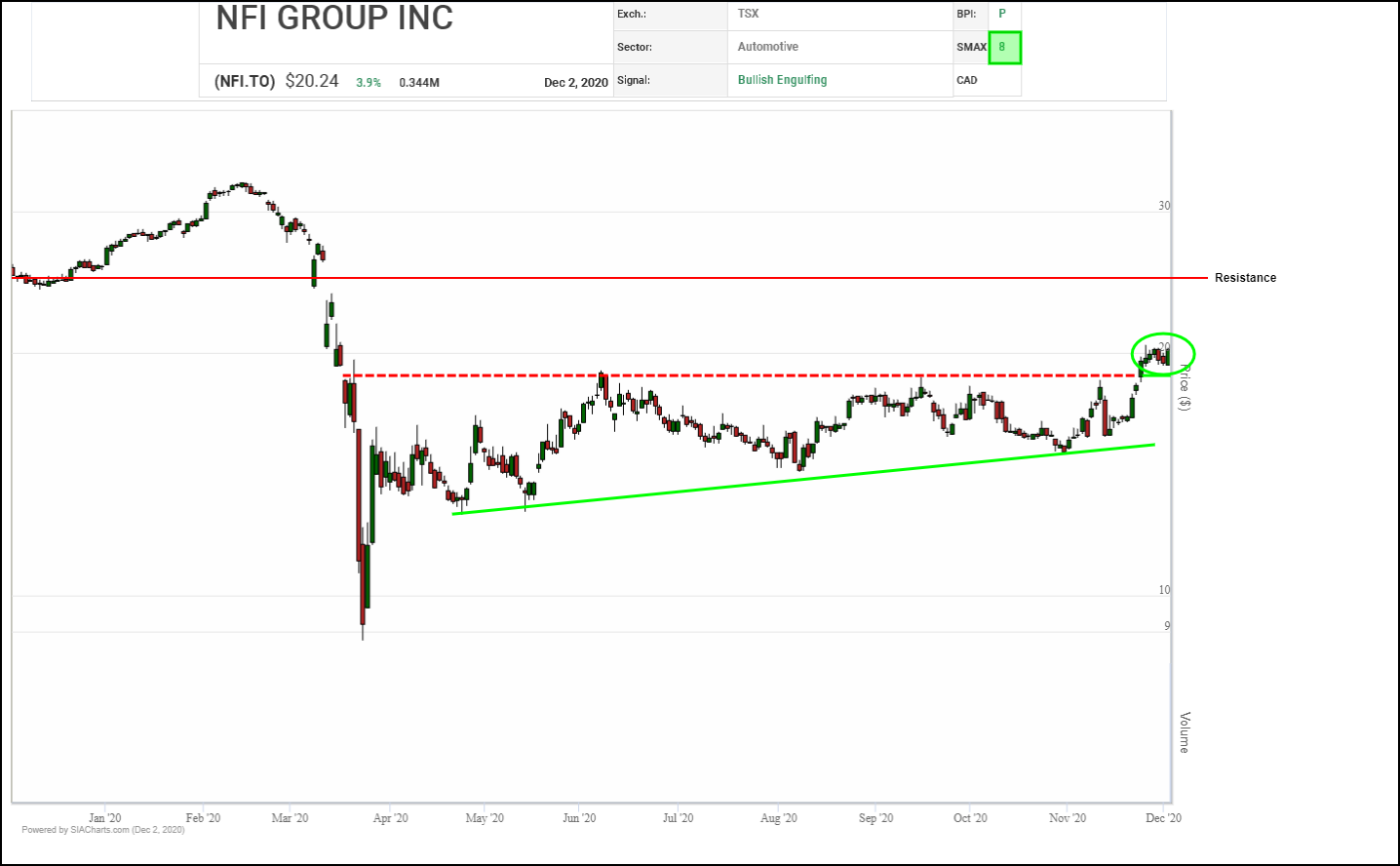 Since bottoming out in April, NFI Group (NFI.TO) shares have been steadily recovering as shown by the series of increasingly higher column lows. Accumulation has accelerated recently, with the shares completing a bullish Spread Triple Top pattern, a bullish Spread Double Top pattern and breaking out over $20.00, all combining to signal the start of a new upleg.

Initial upside resistance may appear near $22.95, where two horizontal counts converge, followed by $26.90 where a vertical count and a long-term downtrend line converge. Initial support appears in the $18.10 to $18.85 range where two breakout points and a 3-box reversal cluster.

With a bullish SMAX score of 8, NFI.TO is exhibiting near-term strength against the asset classes.