What is most amazing about the current advance is that it arrives in the face of a lot of current uncertainty confirming the old saying “bull markets climb a wall of worry”. The first approved COVID vaccine rollout has encouraged investors to look past the current wave of lockdowns toward an eventual potential recovery. Meanwhile, there are still a number of issues to be dealt with in the near term including US stimulus/budget negotiations looking to head off a government shutdown and extend support programs, UK-EU trade negotiations with a deadline apparently set for Monday December 14th, and another court challenge to the US election, this time from several states, ahead of next week’s Electoral College vote.

The coming week is the last regular business week before the two-week holiday slowdown begins. Several central banks are holding their last meetings of the year including the US Fed, Bank of England, Bank of Japan and others. Economic news is headlined by flash PMI, retail sales and industrial production reports. There are also a few scattered earnings reports, headlined by FedEx, Nike and Blackberry.

In this week’s issue of Equity Leaders Weekly, we look at what recent breakouts in the telecom and biotech sectors are telling us about market breadth and investor confidence. 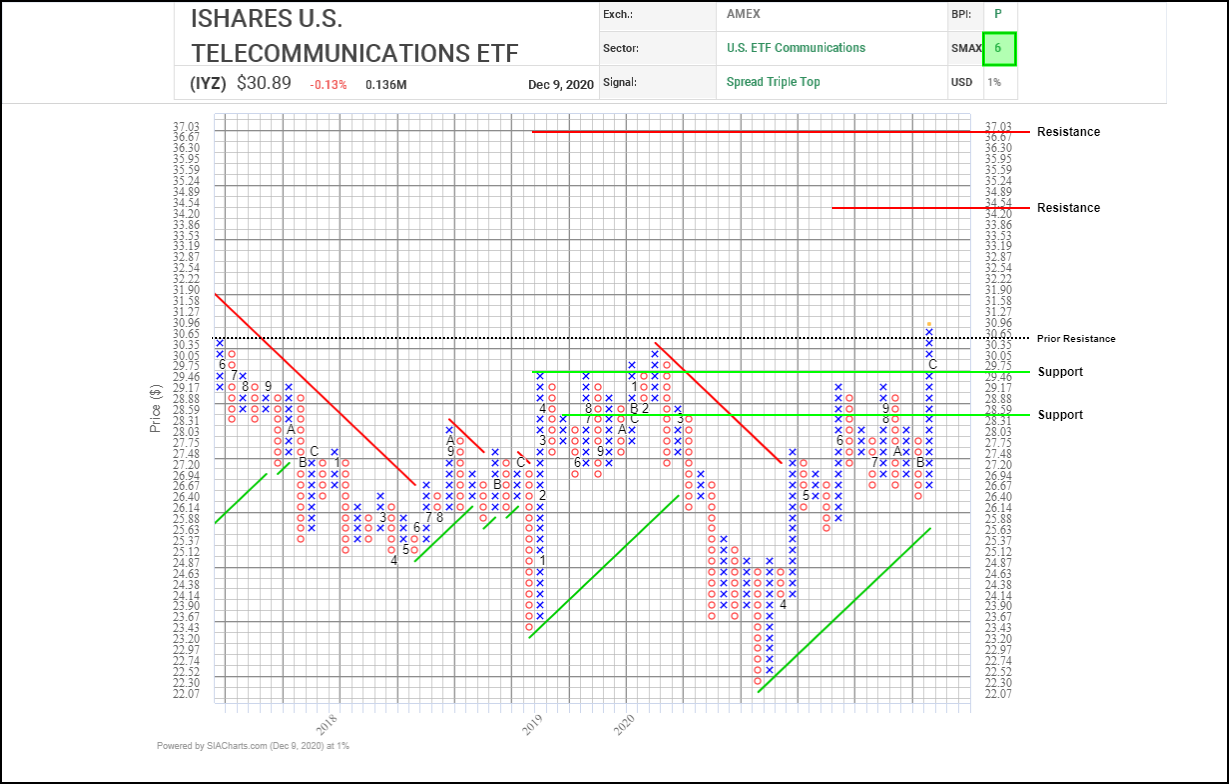 While many communications companies, particularly in the internet content, streaming, and social media areas have exhibited strong growth in the last decade, the carriers which comprise the telecommunications part of the sector have been generally viewed by investors as a stable, lower growth, defensive, interest sensitive area, more similar with utilities.Action in the iShares US Telecommunications ETF (IYZ) since the March market bottom showed a moderate spring recovery which fell short of its previous peak, then sideways consolidation resumed between June and November.

In the last month, the sector has started to attract increased attention, completing a bullish Spread Triple Top pattern and IYZ broke through $30.65 to trade at its highest level since the summer of 2017. This breakout occurring in concert with new highs for broad-based US indices can be seen as a sign of strong breath, and a healthy bull market with participation from a broad variety of sectors.

Next potential upside resistance for IYZ appears near $34.55 and then $37.05, which are based on vertical and horizontal counts. Initial support appears near $29.45 based on a 3-box reversal. 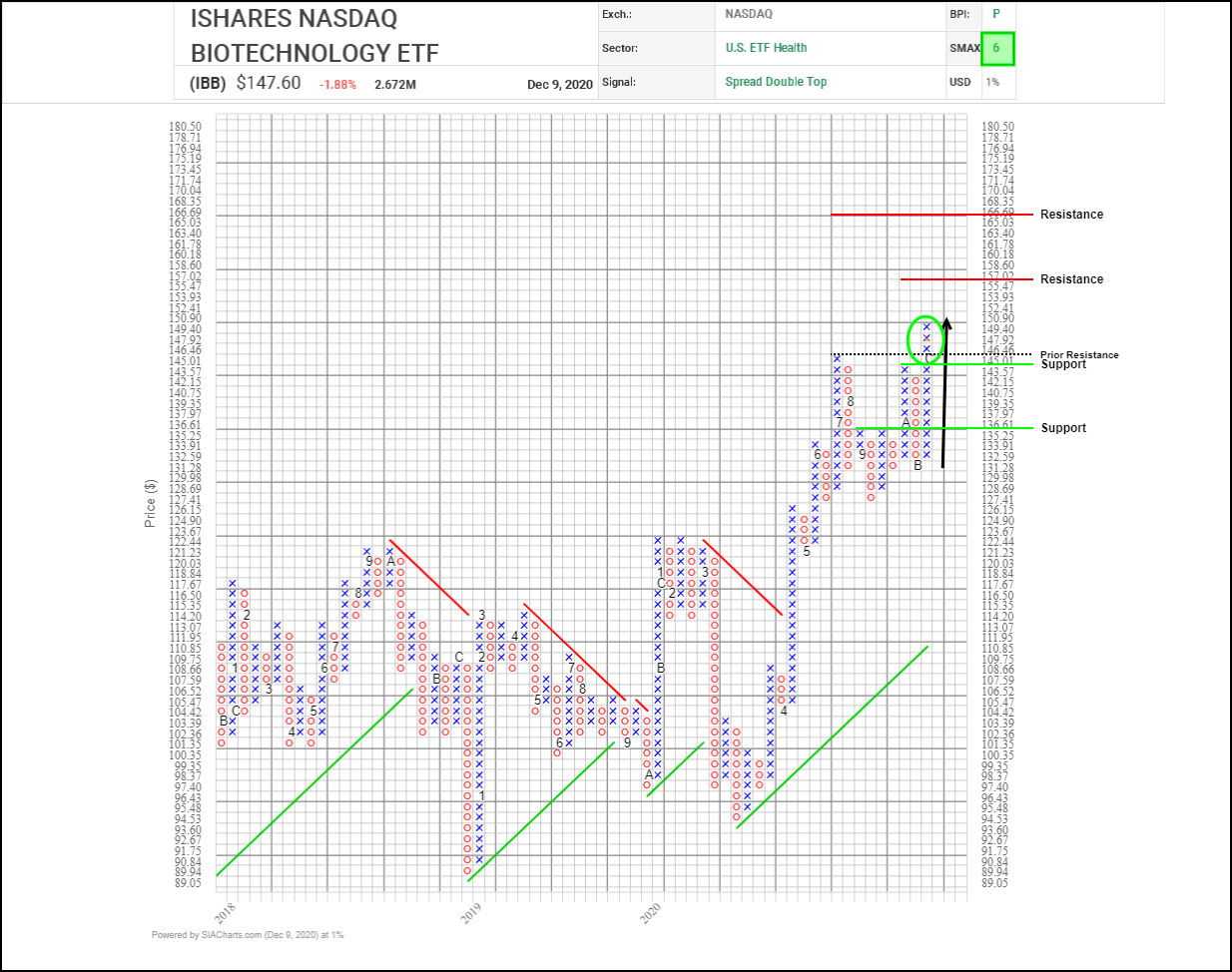 Biotechnology has historically been seen by investors as the development side of health care, carrying the potential for higher returns, but also higher risks relative to Big Pharma and some of the other, more defensive parts of the health care sector.

Because of this, action in biotech can be seen as a sign of investor appetite at a point in time. Back in the spring the iShares NASDAQ Biotechnology ETF (IBB) was one of the first sectors to fully recover the ground lost in the February-March market crash. IBB broke out to a new 52-week high in April, and continued to charge forward until July, then spent the ensuing months through November digesting its gains in a higher range.

In the last month, IBB has come under renewed accumulation, completing bullish Triple Top, Double Top and Spread Double Top patterns, the last of which signaled that the consolidation phase is over, a new upleg is underway, and that investors remain enthusiastic as broader indices achieve new all-time highs.

Next potential upside resistance for IBB appears near $157.00 and $166.70 based on vertical and horizontal counts. Initial support appears near $143.55 based on a 3-box reversal.