US drugstore chain Walgreens Boots has jumped up out of the red zone into the Yellow Neutral Zone of the SIA S&P 100 index report, suggesting a rotation into defensive names may be starting. The shares climbed 14 spots yesterday to 41st place and they are up 51 places in the last month.

Walgreens Boots (WBA) shares have turned around dramatically since the start of 2021. A two-year downtrend bottomed out last fall and the shares actually spent most of 2020 stabilizing in the $35.00 to $45.00 range. The shares snapped a long-term downtrend line in October and this month they completed their bottoming phase with a breakout over $45.00 which completed a bullish Saucer Bottom and Ascending Triangle base pattern breakout. The shares have since established their $45.00 breakout point as new support and this week, they have started to accelerate upward with a breakout over the $50.00 round number. Measured moves and previous failures suggest initial upside resistance may appear near $55.00 and then $60.00. 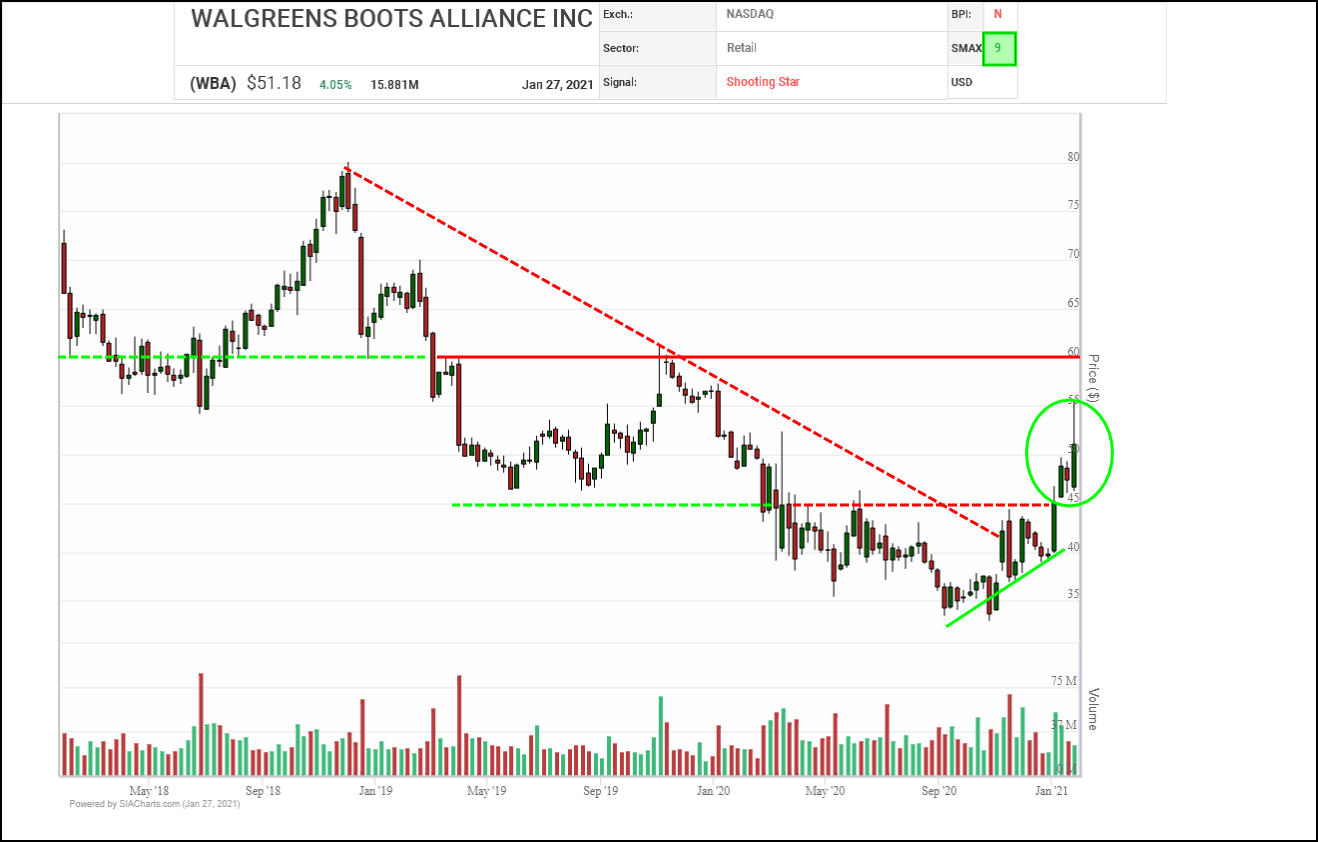 A major breakout is underway in Walgreens Boots (WBA) shares. After a long-term downtrend bottomed out back in October, the shares spent the last part of 2020 base building. This month, a new recovery trend has started in earnest with the shares completing a bullish Triple Top pattern and snapping a downtrend line with a breakout over $43.90. Since then, the shares have continued to climb and yesterday they regained the $50.00 round number level.

With a bullish SMAX score of 9, WBA is exhibiting near-term strength against the asset classes. 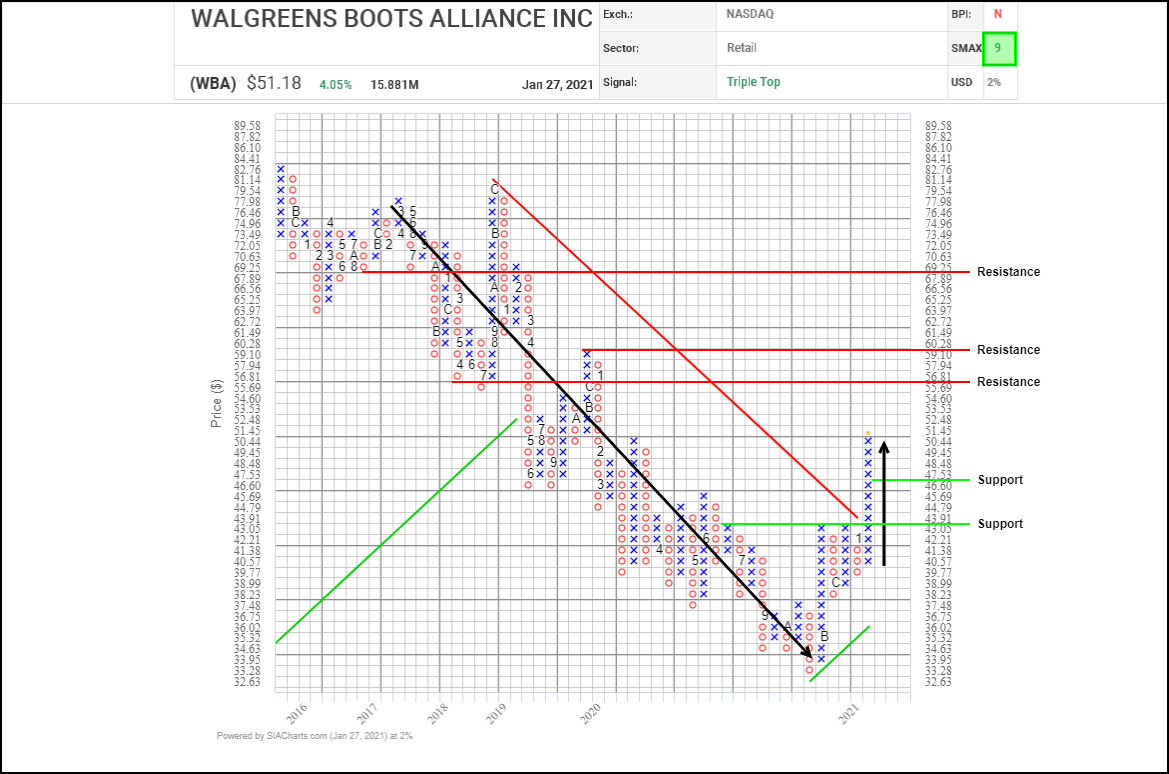