Since we last mentioned homebuilder PulteGroup (PHM) back in July, the shares have climbed from $37.30 to $52.75, a gain of 41.4%. Bouncing back from a recent dip into the red zone, the shares have climbed back up toward the top of the Yellow Neutral Zone in the SIA S&P 500 Index Report and in 137th place, are 10 spots away from a return to the Green Zone. Boosted by a gain of 9.1% in the last week, the shares climbed 7 spots yesterday and have moved up 52 places in the last month.

A major breakout is underway in PulteGroup (PHM) shares this week. The shares have blasted through the top of a $40.00 to $50.00 trading range that had persisted for six months while the shares digested their initial recovery rally up from $17.00 a year ago which included two bullish Ascending Triangle breakouts.

The $40.00 level provides an example of how support and resistance can reverse polarity at certain levels. In this case, $40.00 becoming solid support after a breakout indicated strong, consistent underlying accumulation remains in place. Following this recent breakout, the $50.00 round number may emerge as initial support followed by the 50-day moving average near $46.00. 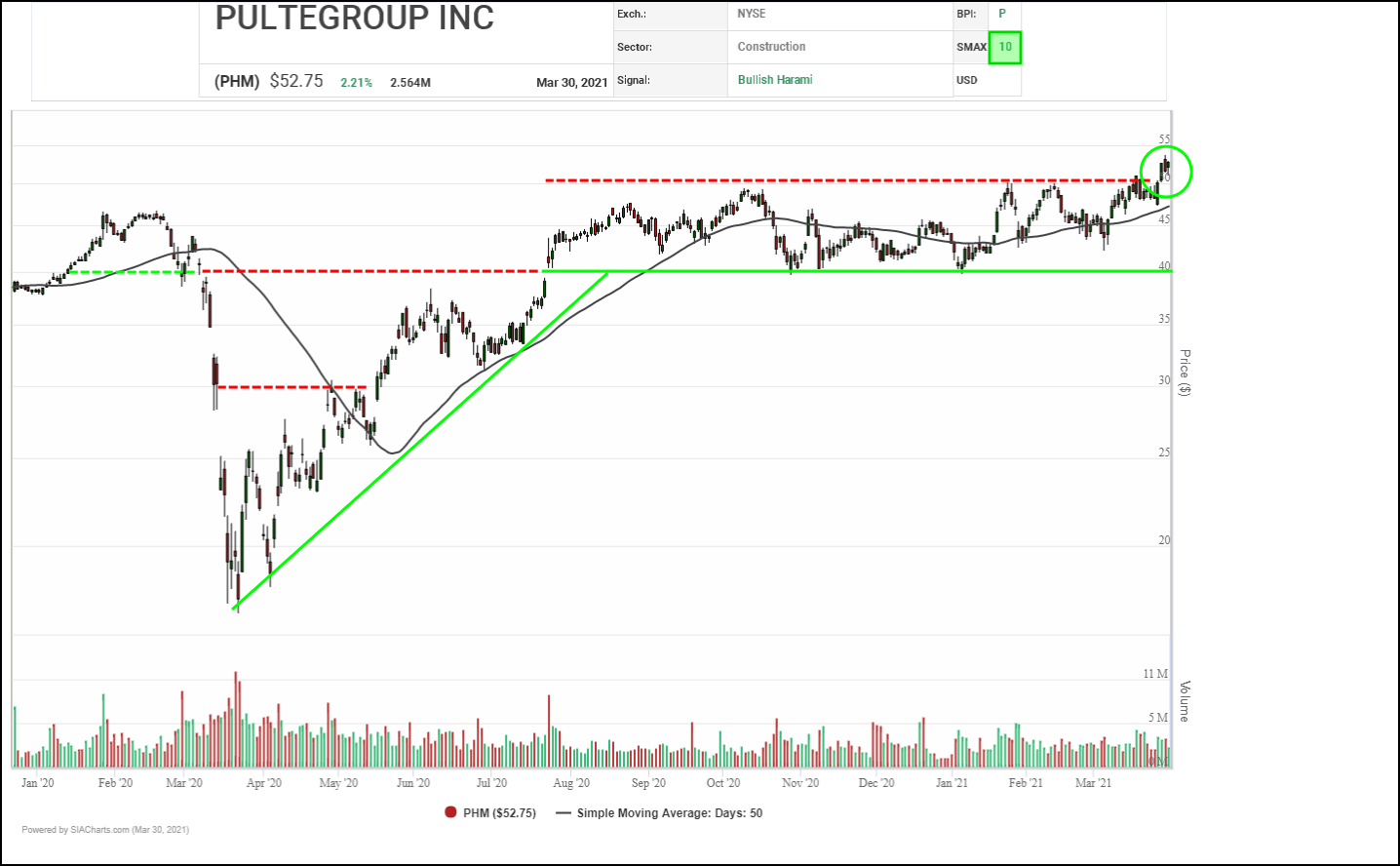 PulteGroup (PHM) shares staged a strong initial recovery rally last year clawing back all of their bear market losses within six months. The shares then spent the last six months consolidating these gains in the $41.20 to $49.20. This month, the shares have embarked on a new advance, breaking out of their trading range, clearing the $50.00 round number hurdle and completing a bullish Spread Triple Top breakout which was then confirmed by a bullish Double Top breakout.

Next potential upside resistance levels appear near $62.45 based on a horizontal count, and then $68.90 based on a vertical count. Initial support appears near $48.25 based on a 3-box reversal and a retest of a recent breakout point.

With a perfect SMAX score of 10, PHM is exhibiting near-term strength across the asset classes. 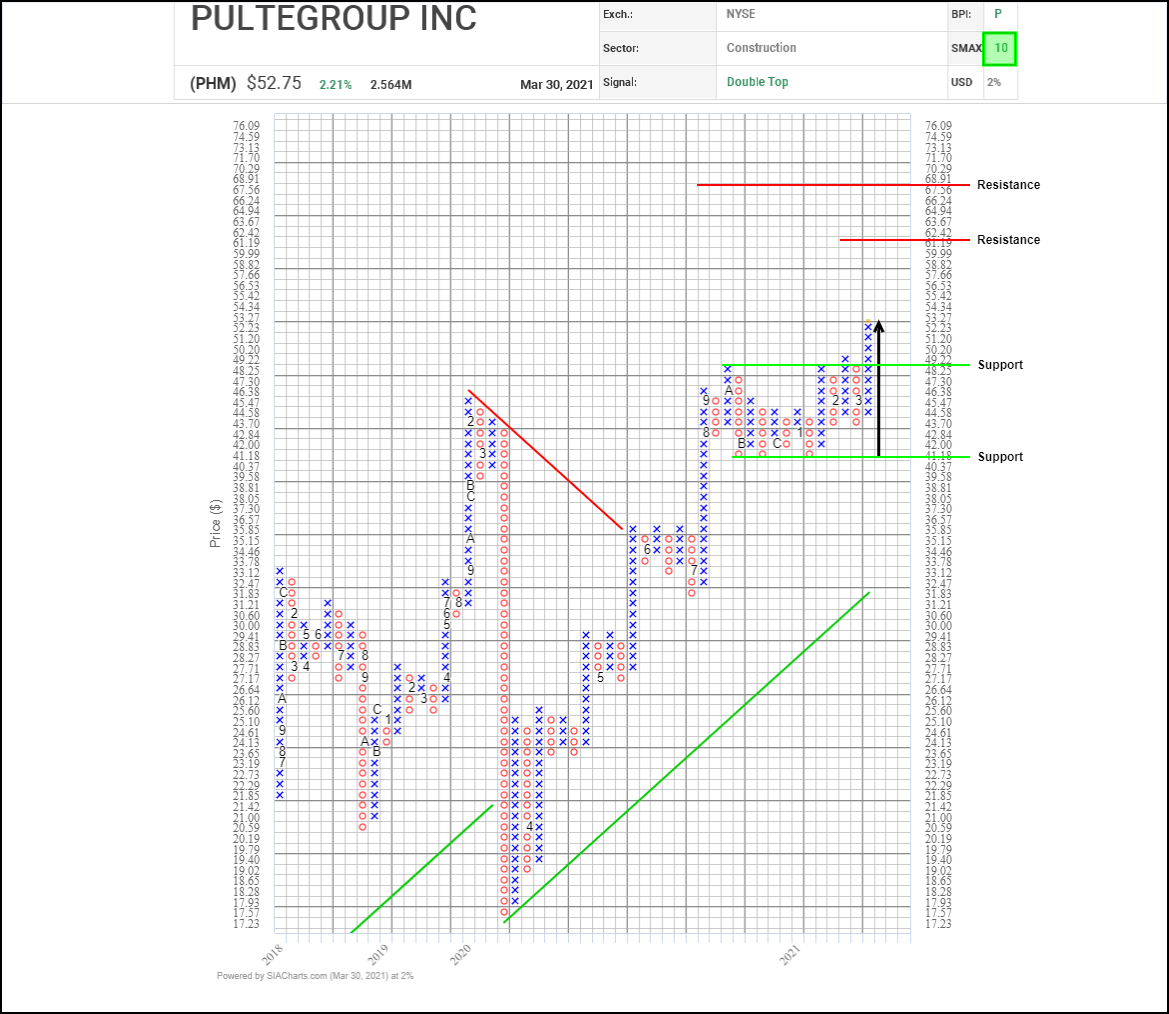