IT service provider DXC Technology (DXC) has returned to the Green Favored Zone of the SIA S&P 500 Index Report from a brief dip into the yellow zone. The shares finished yesterday in 88th place, up 20 spots on the day and up 130 spots in the last month.

DXC Technology (DXC) shares have staged a major breakout this week. Rallying up above $30.00 has completed a large, bullish Ascending Triangle pattern, completing a year-long period of base building, and signaling the start of a new uptrend. 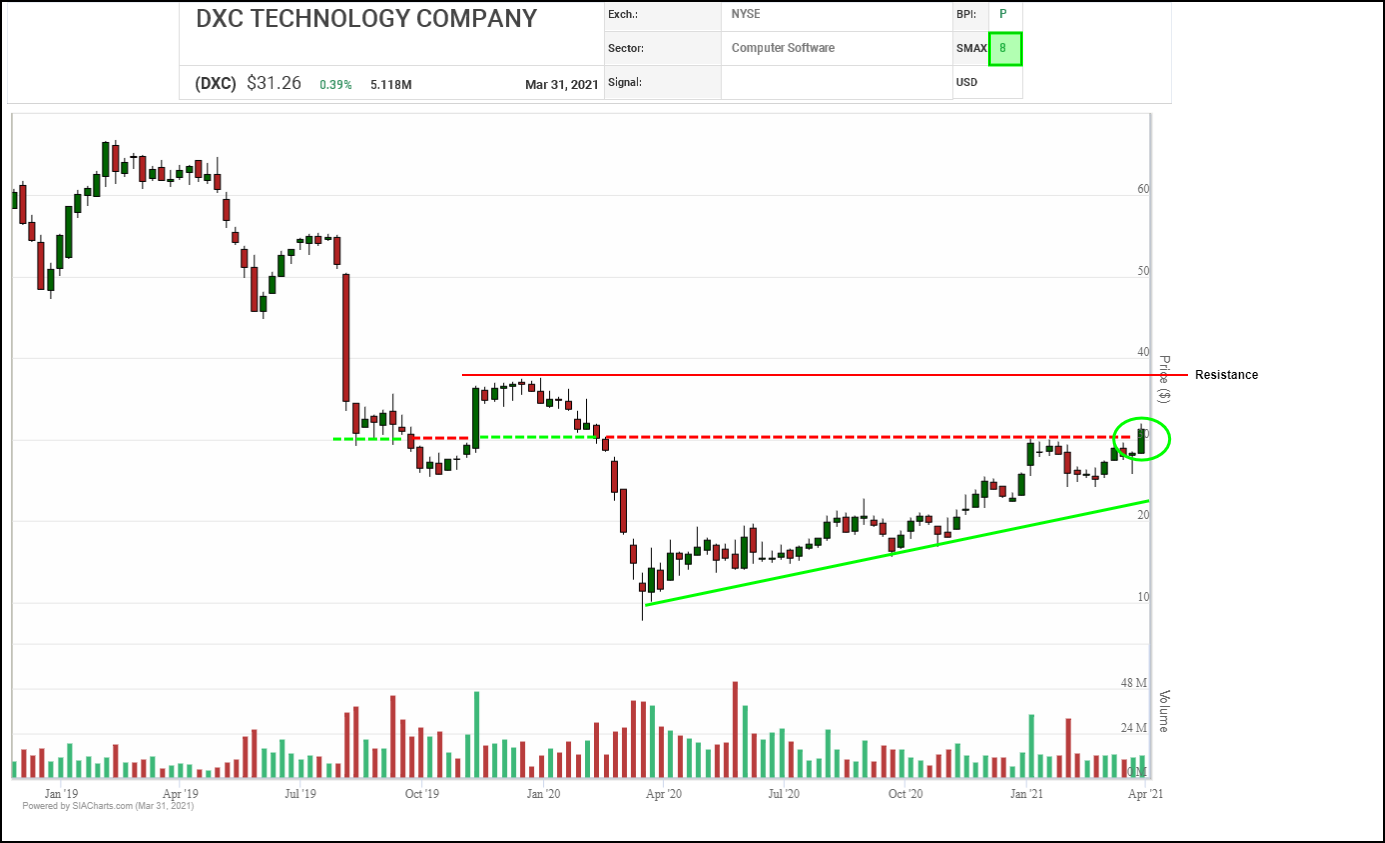 A new upleg appears to be underway in DXC Technology (DXC) shares which this week have completed a bullish Spread Double Top breakout, resolved a symmetrical triangle to the upside, confirming that underlying accumulation remains intact and regained the $30.00 level.

With a bullish SMAX score of 8, DXC is exhibiting near-term strength against the asset classes. 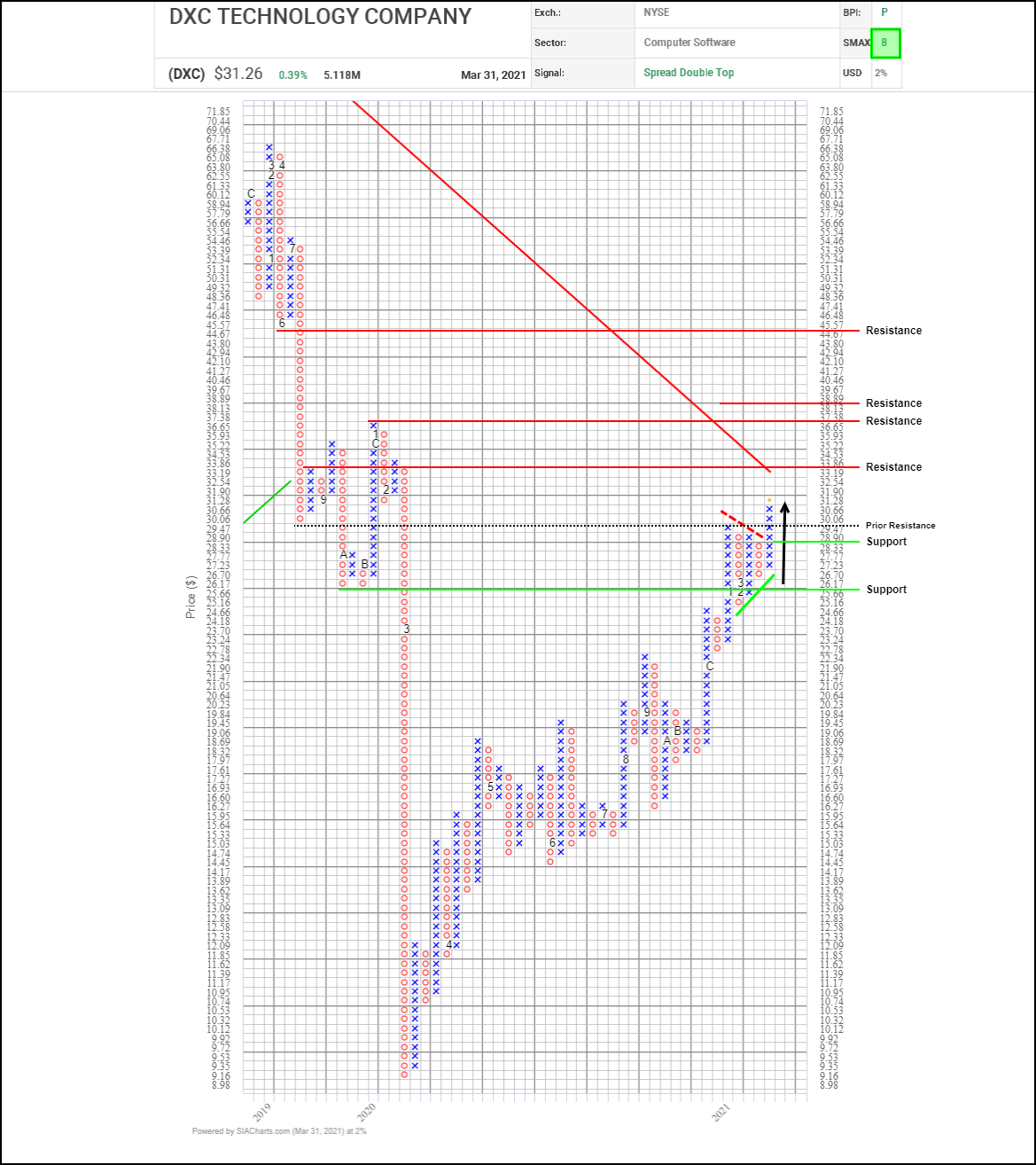