Ford Motor Company (F) has returned to the Green Favored Zone of the SIA S&P 100 Index Report from a one-month dip into the yellow zone after jumping up 13 spots yesterday to 22nd place. At yesterday’s Investor Day, the automaker announced it is stepping up investment in electric vehicles to $30B over the coming five years which sparked an 8.5% gain in the share price.

This five-year chart highlights the strength of the current recovery trend in Ford Motor Company (F) shares and the significance of this week’s breakout. Between 2016 and 2020, the shares turned in a listless performance, drifting sideways to downward on relatively low volume, indicating a general lack of investor enthusiasm for the stock.

Volumes ramped up during last year’s COVID market crash as they did for many stocks as they plunged into a selling climax. What is interesting, however, is that since the March 2020 market bottom, not only have Ford shares recovered lost ground, trading volumes have remained significantly higher, indicating increased investor interest. Building on last year’s snapping of a downtrend line, earlier this year Ford shares staged a major breakout over $11.00, a resistance level which had been in place for nearly five years, and which then reversed polarity to become support. Climbing up off of a successful retest of that breakout point, this week, Ford has broken through its winter peak near $13.50 to a new multi-year high, signaling the start of a new upleg.

Initial potential upside resistance appears near $16.00 based on two measured moves from previous trading ranges, followed by a measured $18.50 on trend. Initial support moves up to the $13.50 breakout point. 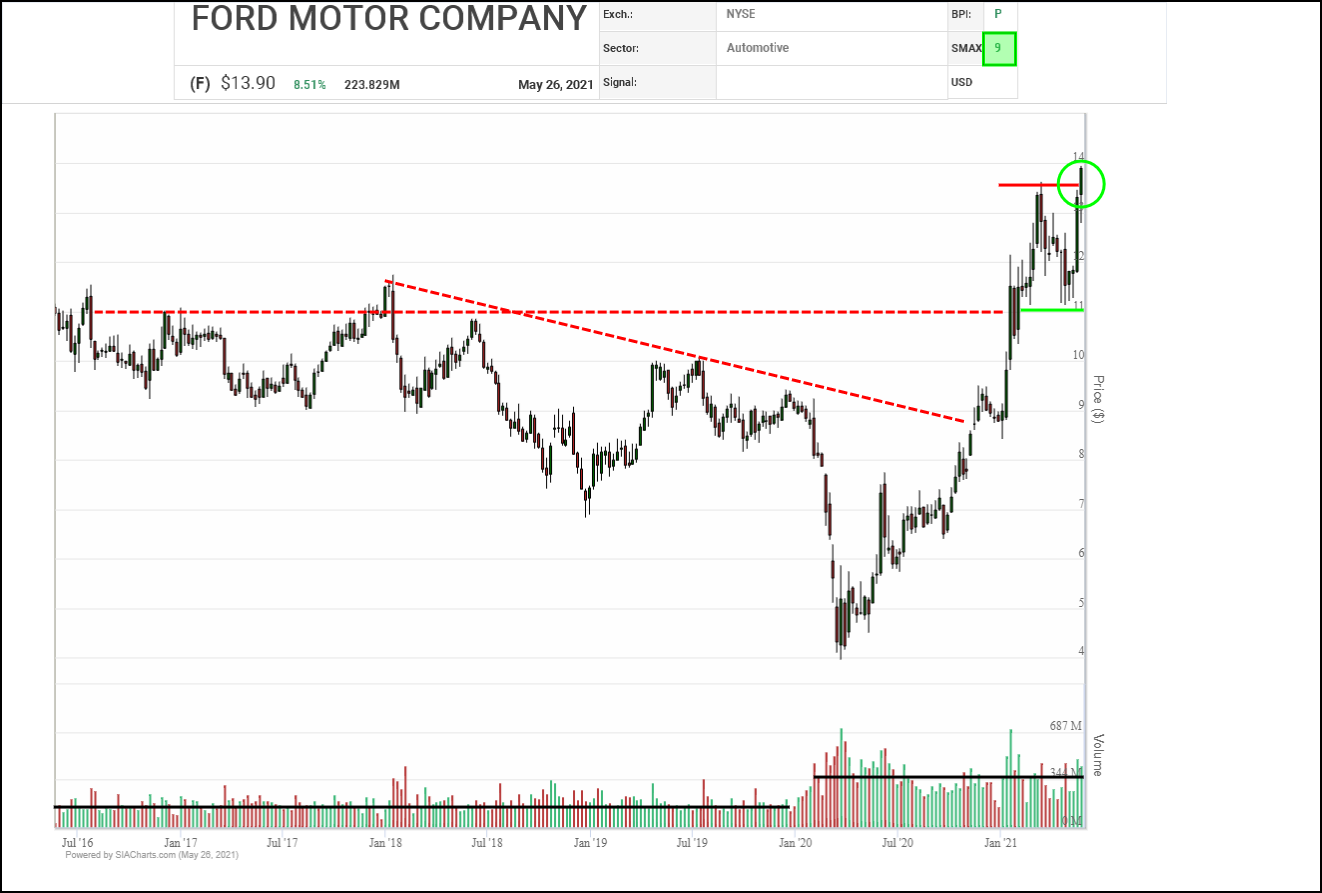 Accumulation in Ford Motor Company (F) shares has accelerated this month, bringing a two-month retreat to an end and indicating that the shares underlying uptrend has resumed. So far this month, the shares have snapped out of a short-term downtrend and completed a bullish Double Top pattern, plus two Spread Double Top breakouts, the last of which has taken the shares to new highs, signaling the start of a new upleg.

With a bullish SMAX score of 9, F is exhibiting near-term strength against the asset classes. 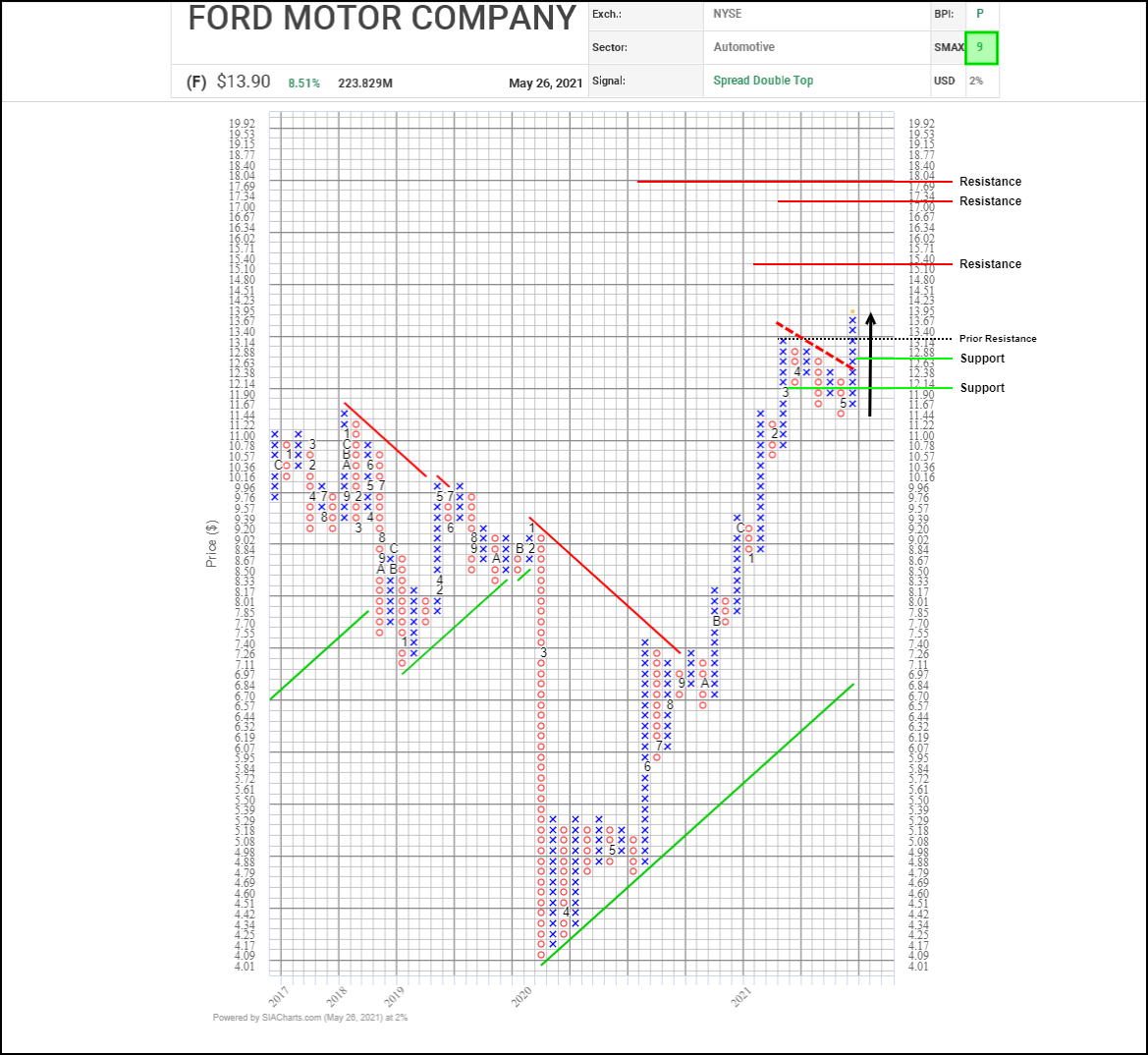