Oil & Gas producer Diamondback Energy (FANG) has returned to the Green Favored Zone in the SIA S&P 500 Index Report from a brief dip into the yellow zone. The shares finished yesterday in 61st place up 36 spots on the day and up 102 spots in the last month.

Diamondback Energy (FANG) has broken out over $85.00, signaling the start of a new upleg within a recovery trend that started in earnest last fall and was confirmed by the snapping out of a downtrend back in January. 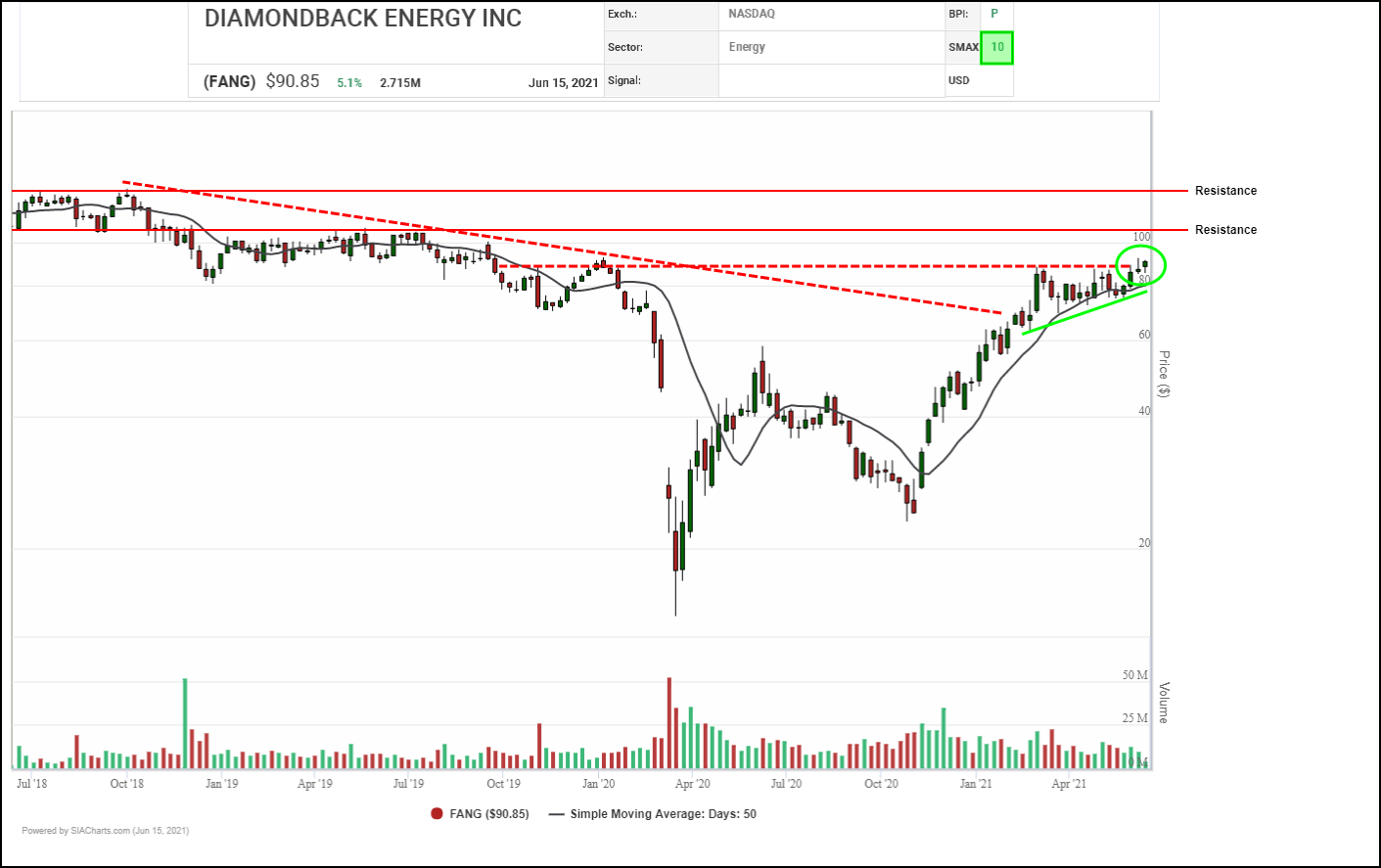 Between November and March, Diamondback Energy shares soared from near $25.00 toward $85.00 snapping out of a downtrend along the way. For the last three months, the shares have been consolidating these gains in the $72.50 to $85.00 area.

This month, the shares have staged a major breakout over $85.50, completing a bullish Spread Triple Top pattern and signaling the start of a new advance. Next potential upside resistance appears near the $100.00 round number, then $108.55, $124.66 and $129.70 all of which are based on a combination of vertical/horizontal counts and previous X column highs. Initial support appears near $83.90 where a 3-box reversal and a retest of the recent breakout point converge.

With a perfect SMAX score of 10, FANG is exhibiting strength against the asset classes. 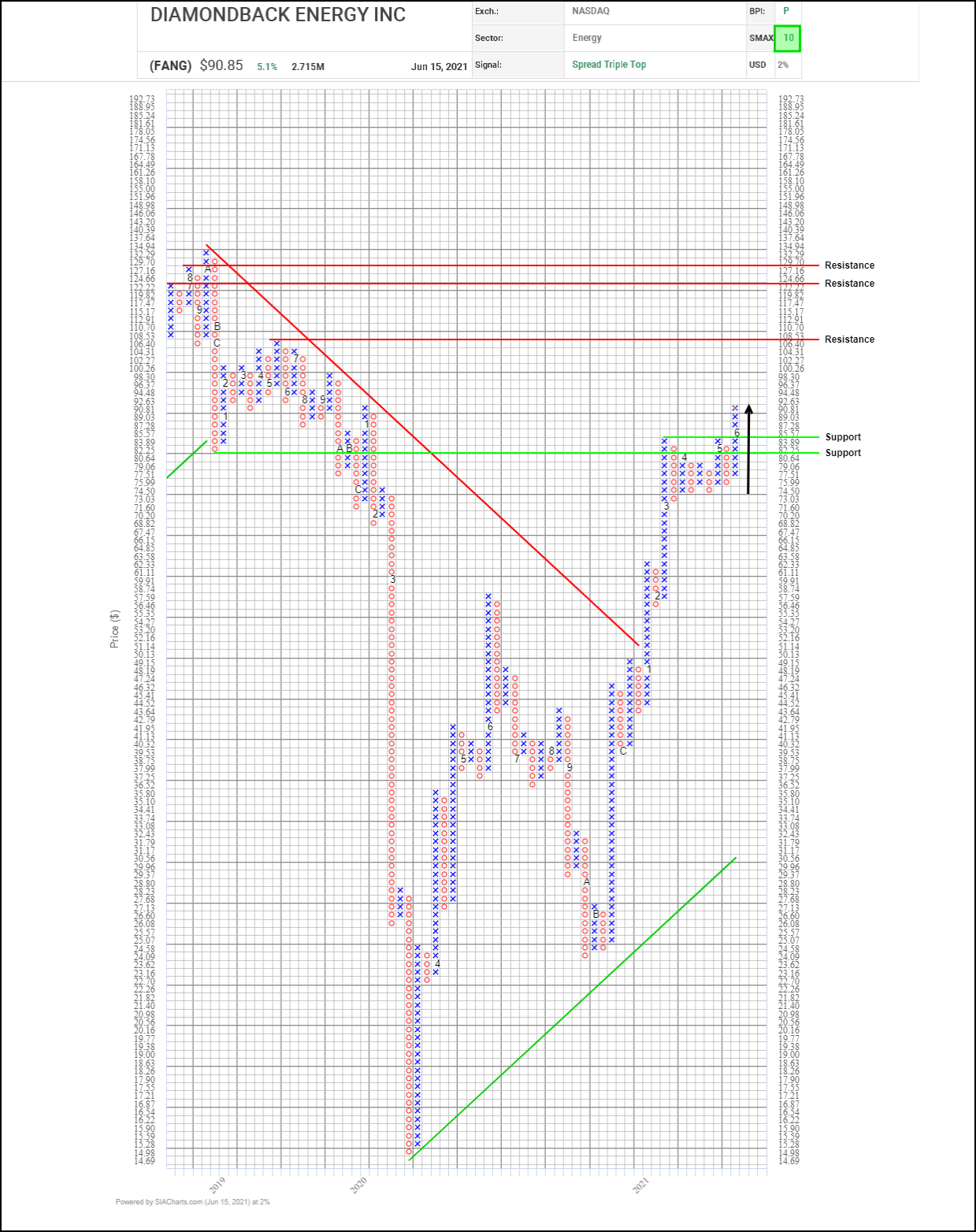