A new ecommerce deal with Google and Facebook has reignited interest in Shopify (SHOP.TO). The stock has rallied up out of the red zone into the Yellow Neutral Zone in the SIA S&P/TSX 60 Index Report this week on the news. Yesterday, the shares finished in 25th place, up 18 spots on the day and up 37 spots in the last month.

A significant breakout is underway in Shopify (SHOP.TO) shares. Last month, a downswing in the shares was contained by an underlying longer-term uptrend support line. Since then, the shares have been recovering and this week, the shares cleared $1,600 on an uptick in volume, indicating renewed accumulation and confirming the start of a new upswing.

Initial upside resistance appears at the March peak near $1,850, followed on trend by a measured $1,950 and then the $2,000 round number. Initial support appears near the $1,600 breakout point.

Since peaking back in March, Shopify (SHOP.TO) shares had been in retreat, but recent trading suggests that the previous downtrend has ended and the shares have come under renewed accumulation. The recent breakout over $1,610 completed a bullish Double Top, calling off the bearish spread double bottom pattern that had previously been active. Currently the shares are bumping up against a previous column high near $1,675 where a breakout would confirm the start of a new upswing. Should that occur, next potential resistance may appear in the $1,845 to $1,885 zone where multiple vertical and horizontal counts cluster with the March peak, then the $2,000 round number. Initial support appears near $1,515 based on a 3-box reversal. With its bullish SMAX score increasing to 9, SHOP.TO is exhibiting strength against the asset classes. 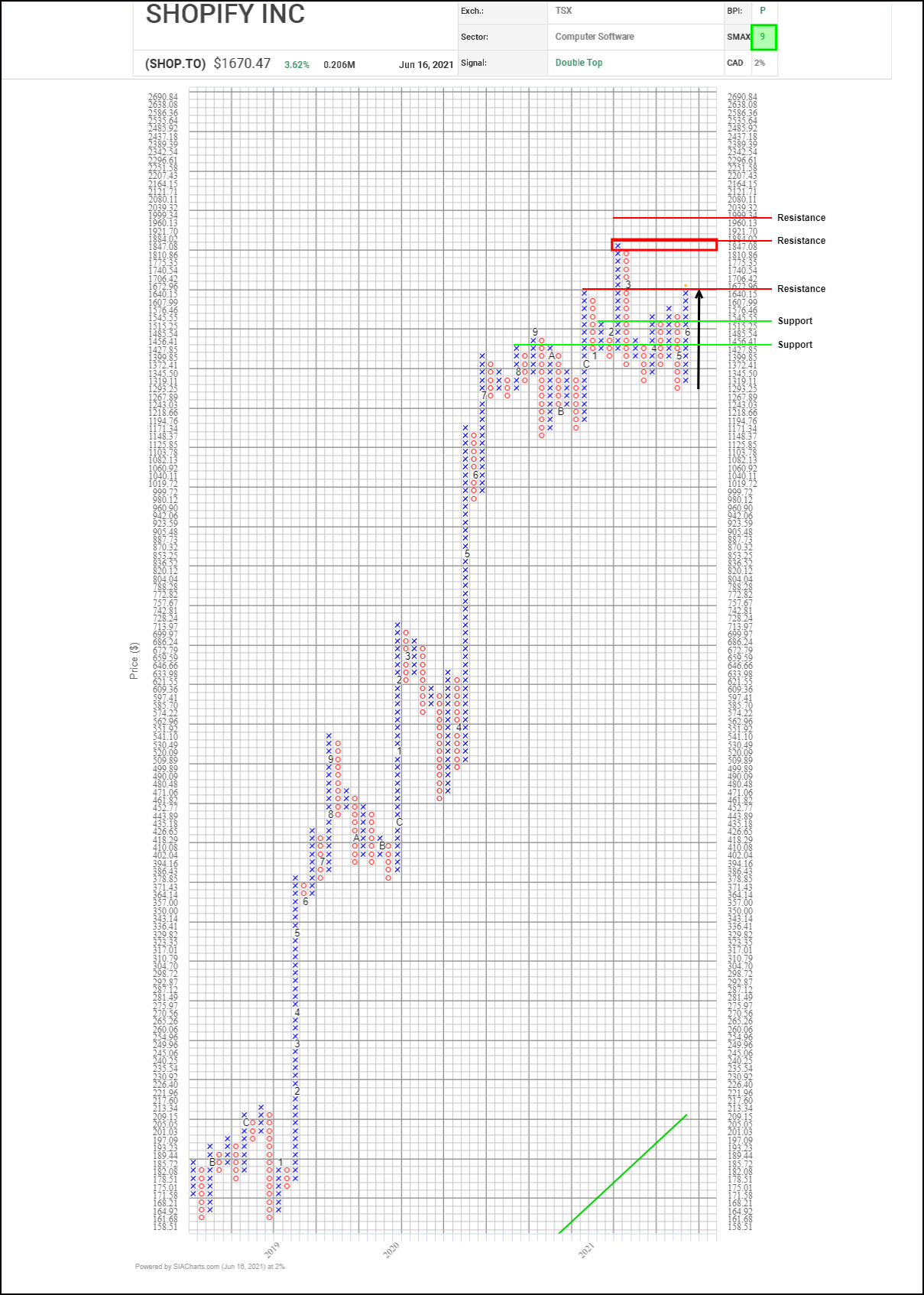