Lightspeed POS (LSPD.TO) has returned to the Green Favored Zone of the SIA S&P/TSX Composite Index Report from a dip down into the red zone. It continues to move up in the rankings finishing yesterday in 43rd place, up 10 spots on the day and up 176 places in the last month.

A significant breakout is underway in Lightspeed POS (LSPD.TO) shares. For the last three months, the shares have been trending sideways between $67.00 and $93.50, digesting gains made in a previous rally. Yesterday, the shares broke out over $93.50 completing a bullish Ascending Triangle pattern and signaling the start of a new advance. 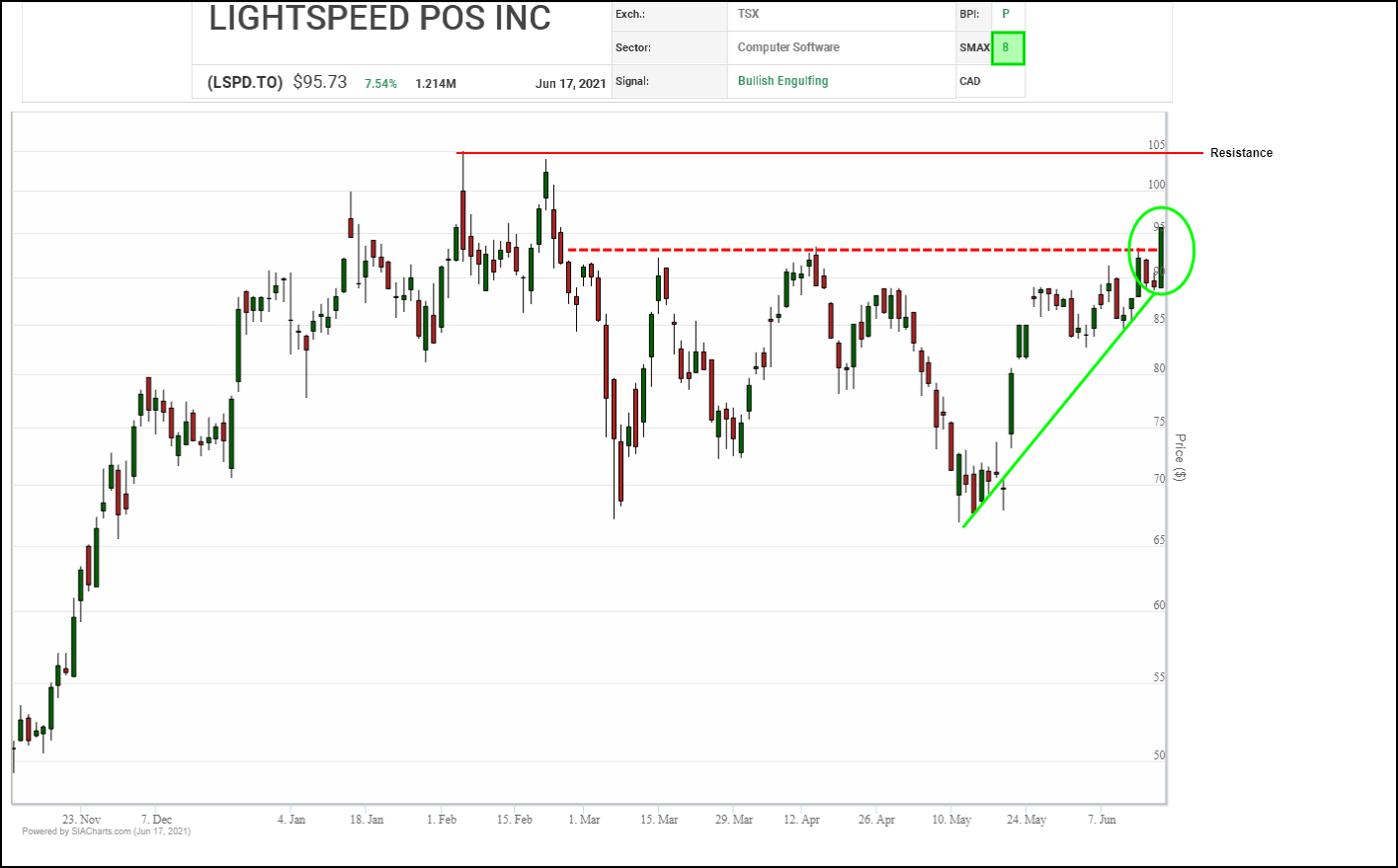 Lightspeed POS shares have spent the last few months in correction/consolidation mode, digesting the gains made in a previous high pole advance that took place between November and January. Last month, the shares bottomed out in a head fake, or bear trap where they took out their March low, triggering a bearish spread double bottom signal, then reversed back upward. This month, the technical picture has turned brighter with the completion of bullish Double Top and Spread Double Top breakouts indicating that accumulation has resumed.

With its bullish SMAX score increasing to 8, LSPD.TO is exhibiting strength against the asset classes. 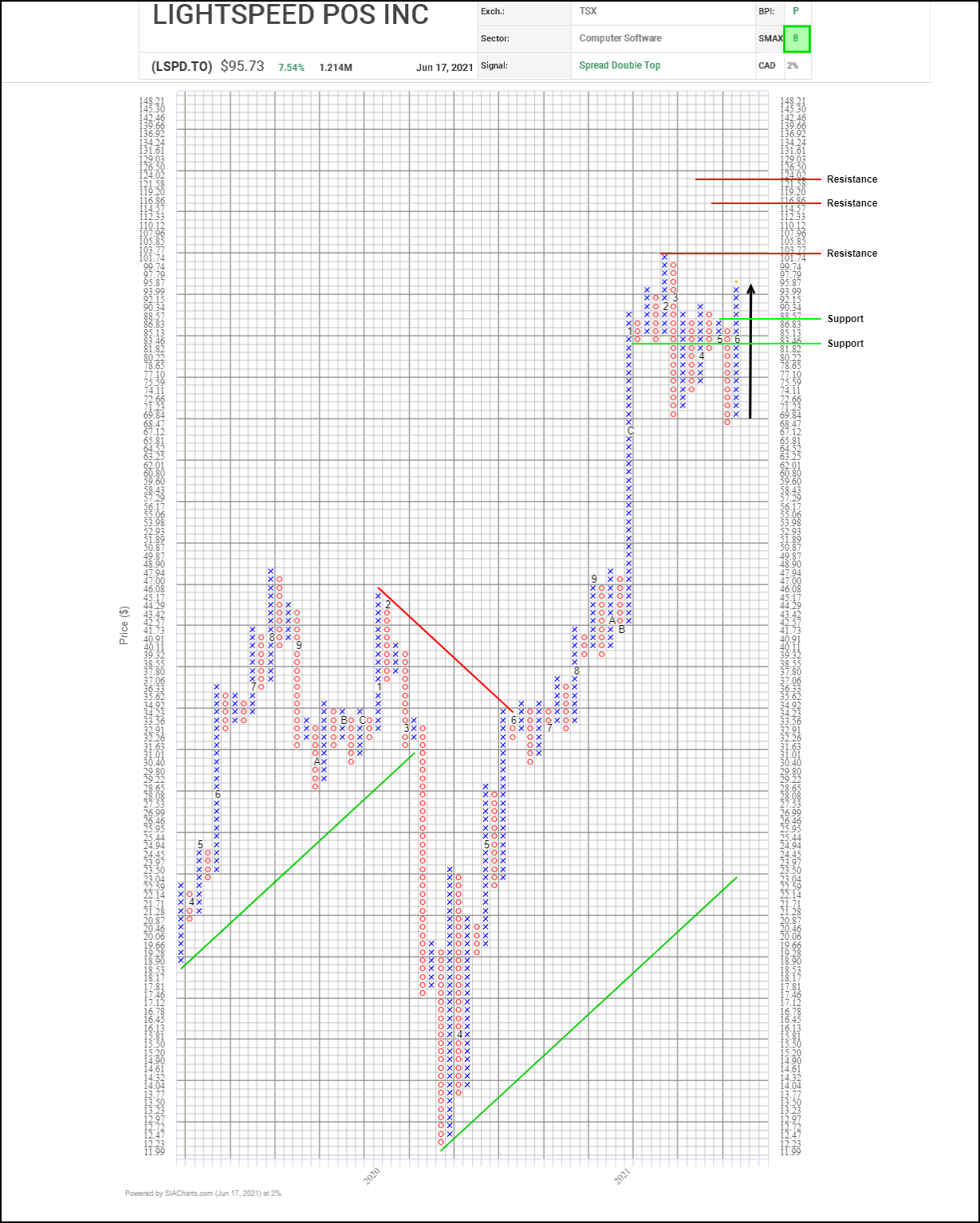