Generac Holdings (GNRC), a producer of household backup power generators, joined the SIA S&P 500 Index Report back in March and has wasted little time in climbing to the top of the Green Favored Zone. On Friday, GNRC finished in first place for the first time after climbing 7 spots on the day, 83 spots on the week and 227 spots in the last month.

For over a year, General Holdings (GNRC) has been under steady accumulation with the shares advancing in an uptrend of higher lows. About a month ago, the pace of accumulation accelerated with a steeper trend line emerging. Recently, the shares broke out of the $285 to $365 area where they had been consolidating since February, signaling that resistance has been overcome and a new advance has commenced.

Based on measured moves from the recent trading range, next potential upside resistance on trend may appear near $445, the $525 along with the $500 round number. Initial support appears near the $365 breakout point. 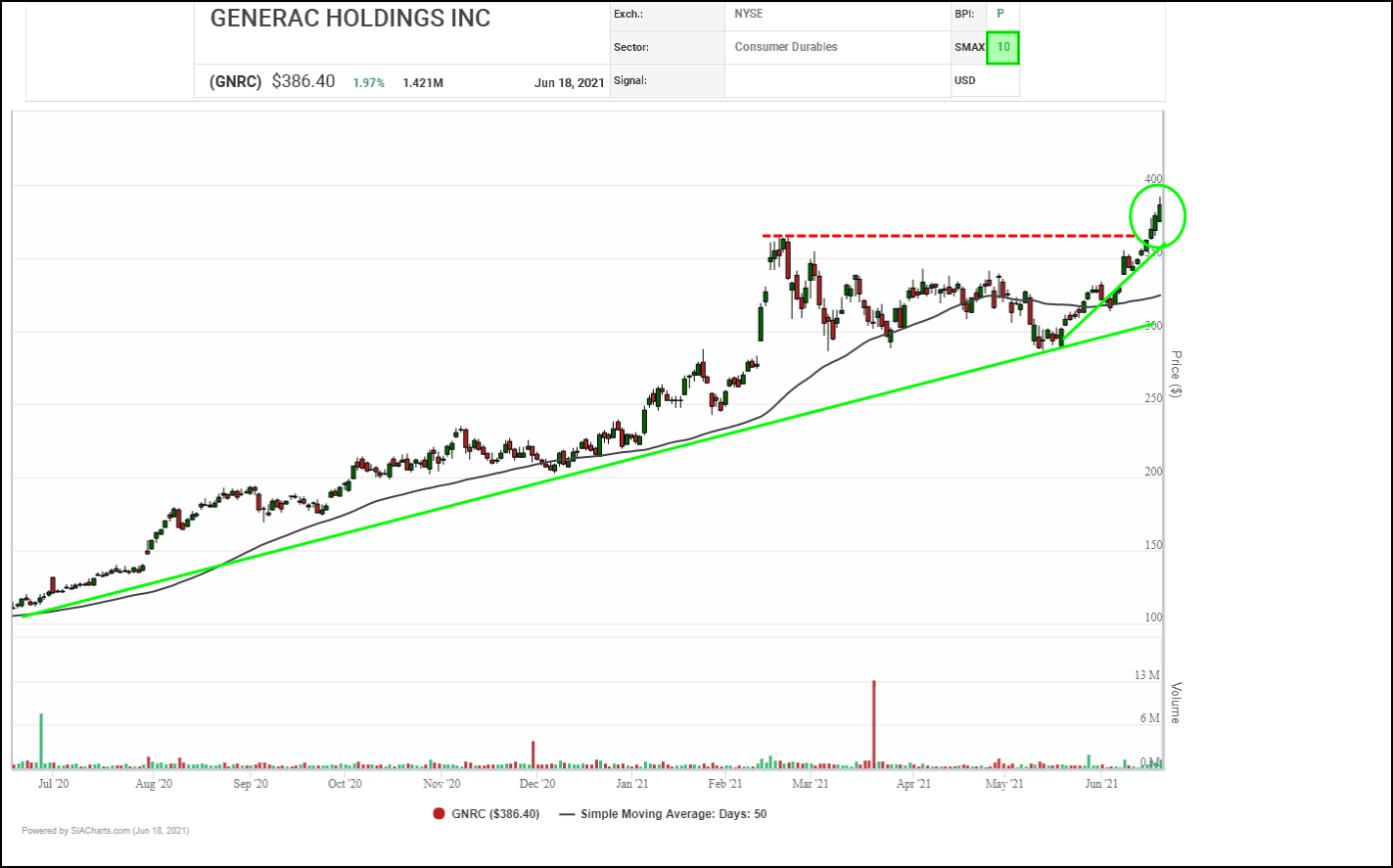 Four months of consolidation in Generac Holdings (GNRC) shares has come to an end with the shares decisively resuming their underlying upward trend. Since the start of June, the shares have completed one bullish Triple Top and two larger bullish Spread Double Top breakouts, climbing to new all-time highs and signaling the start of a new upleg.

With a perfect SMAX score of 10, GNRC is exhibiting strength across the asset classes. 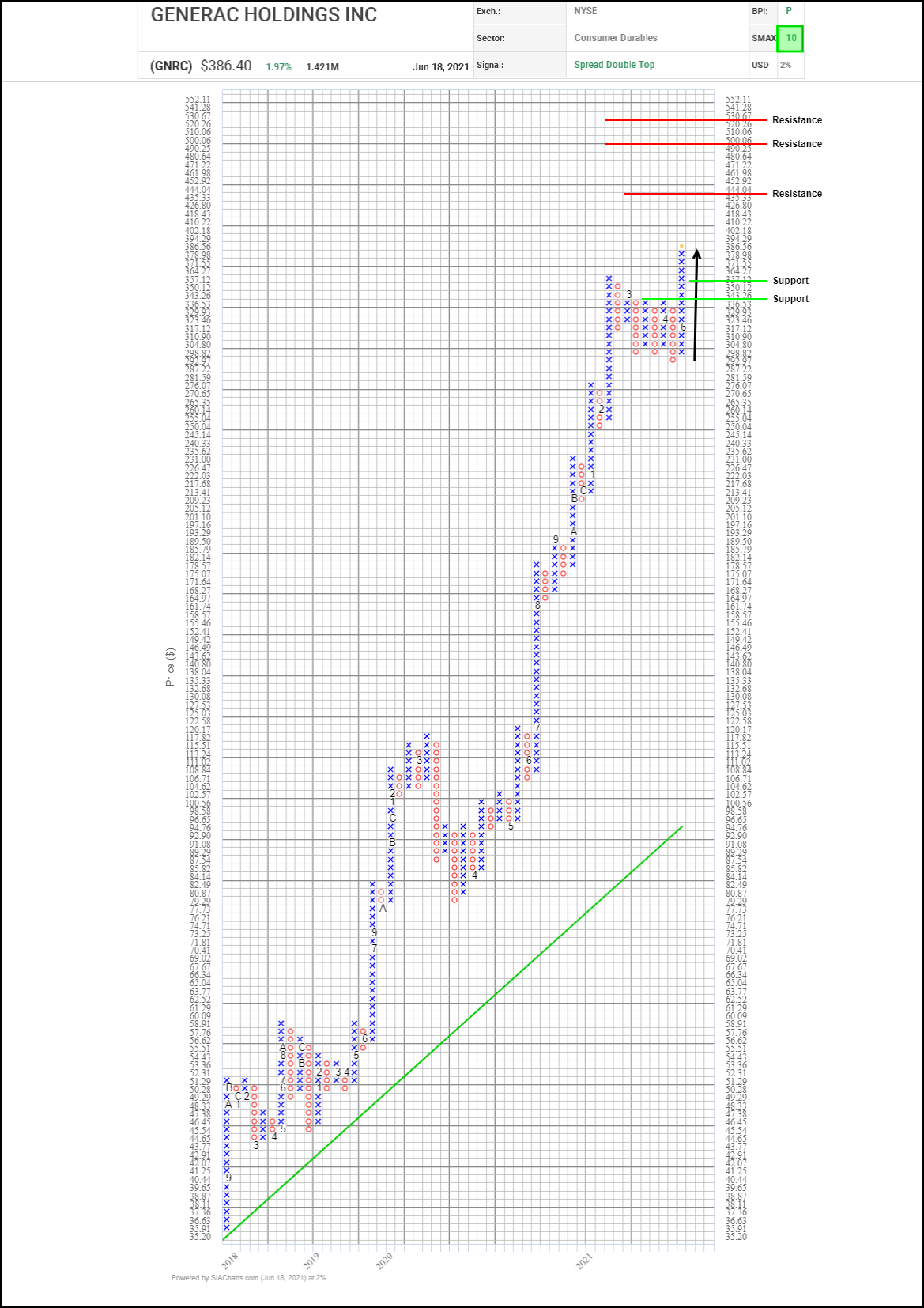