Dream Office REIT (D.UN.TO) has returned to the Green Favored Zone of the SIA S&P/TSX Composite Index Report for the first time since January. Yesterday the shares finished in 56th place up 7 spots on the day and up 32 places in the last month. Like many stocks, Dream Office REIT (D.UN.TO) fell off a cliff when stock markets crashed in early 2020. Dream then spent 15 months building a base for recovery. Recent trading suggests that accumulation has finally resumed. Earlier this month, the units broke out over $22.50 completing a bullish Ascending Triangle pattern and signaling the start of a new uptrend. Since then the shares have continued to climb and have nearly completed filling in a gap left behind in March of 2020. 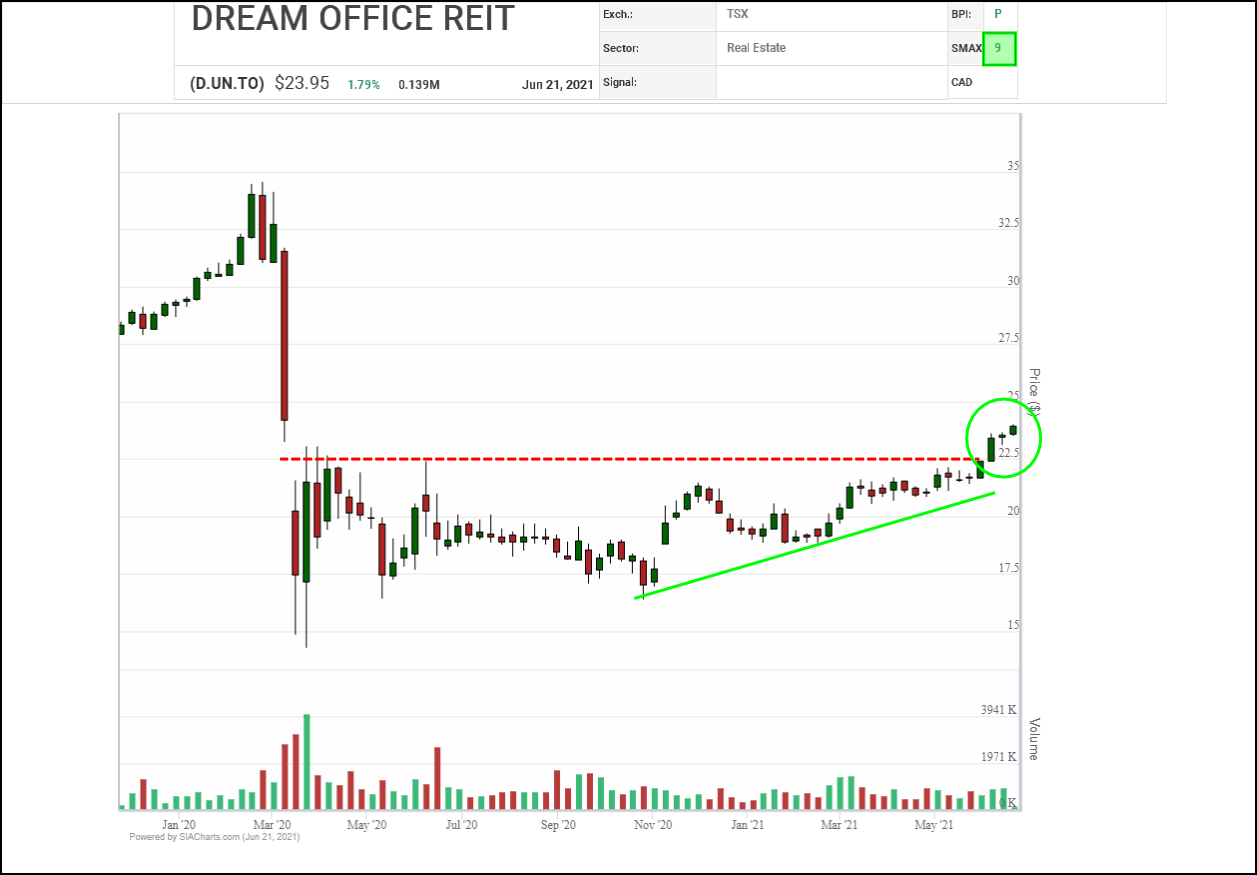 A major breakout is underway in Dream Office REIT units (D.UN.TO) which recently smashed through $22.40, a resistance level that had been in place since March of 2020, completing a rare and bullish Spread Quadruple Top pattern, signaling the start of a new uptrend.

Initial upside resistance tests appear near $25.70 and $28.40 based on vertical and horizontal counts, then a previous column low near $31.35, and finally the $33.95 to $34.60 area where multiple vertical and horizontal counts cluster around the previous all-time high. Initial support appears near $21.95 based on a 3-box reversal and a retest of the recent breakout point.

With its bullish SMAX score increasing to 9, D.UN.TO is exhibiting strength against the asset classes. 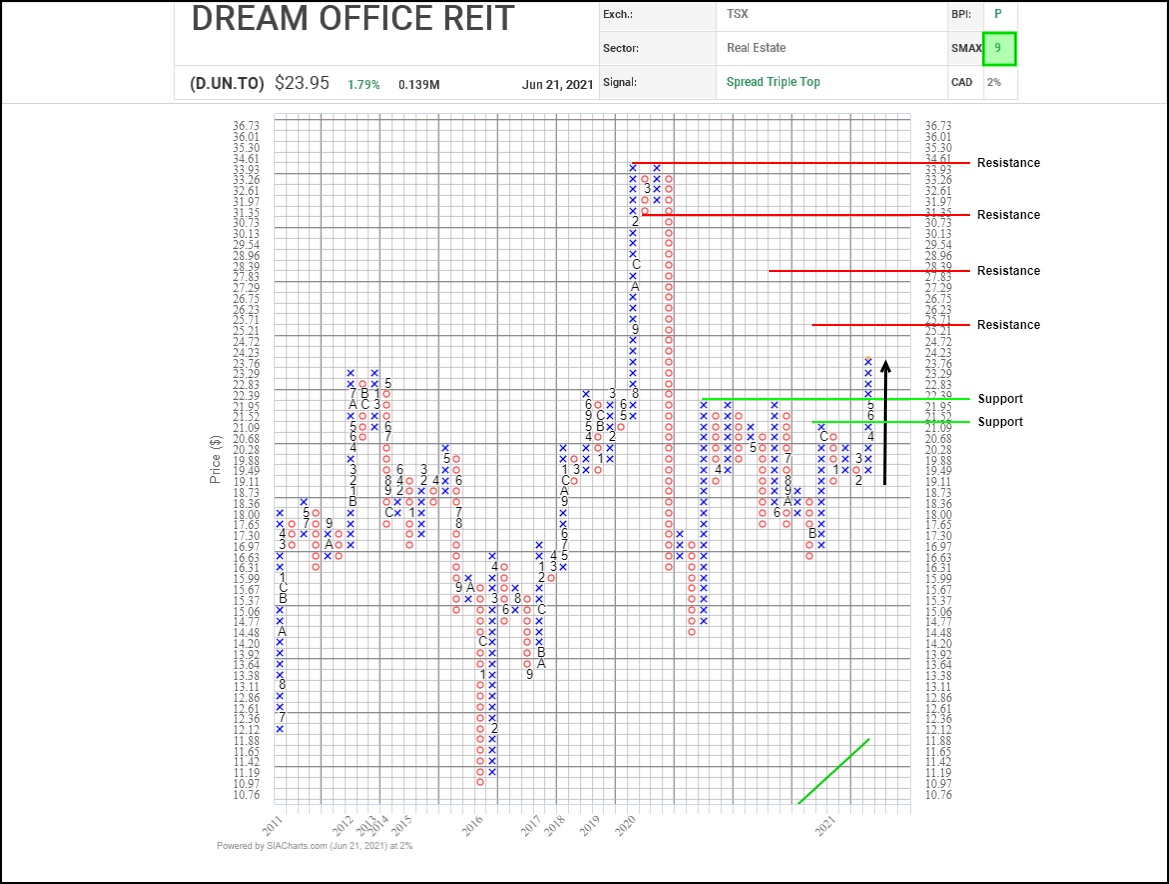