Concert promoter Live Nation (LYV) recently returned to the Green Favored Zone of the SIA S&P 500 Index Report and continues to rise up the rankings. Yesterday it finished in 77th spot, up 30 places on the day and up 137 places in the last month.

Since bottoming out in March of 2020 with most of the market, Live Nation (LYV) shares have been under steady accumulation, establishing an uptrend of higher lows and completing a series of bullish Ascending Triangle breakouts. The shares have been consolidating between $75.00 and $95.00 since March but this week, accumulation has accelerated once again with the shares rallying up off of their 50-day average on increased volume. 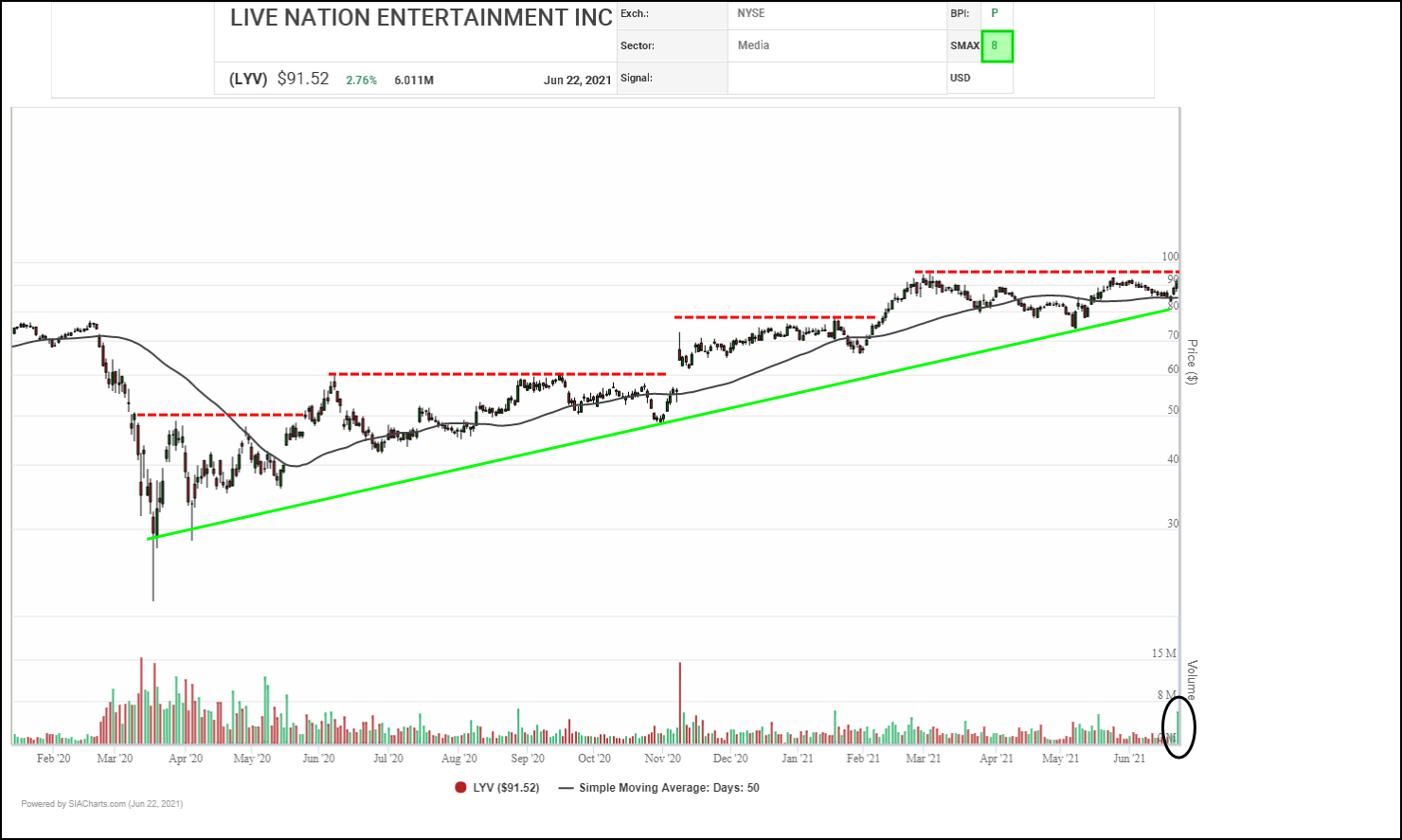 Live Nation (LYV) shares appear to have stopped backsliding and instead look like they have come under renewed accumulation. A bullish Double Top breakout this week has called off a previous bearish double bottom pattern signaling that an upswing is underway. A breakout over the March high near $93.95 would complete a bullish spread double top pattern and confirm the start of a new upleg.

With a bullish SMAX score of 8, LYV is exhibiting strength against the asset classes. 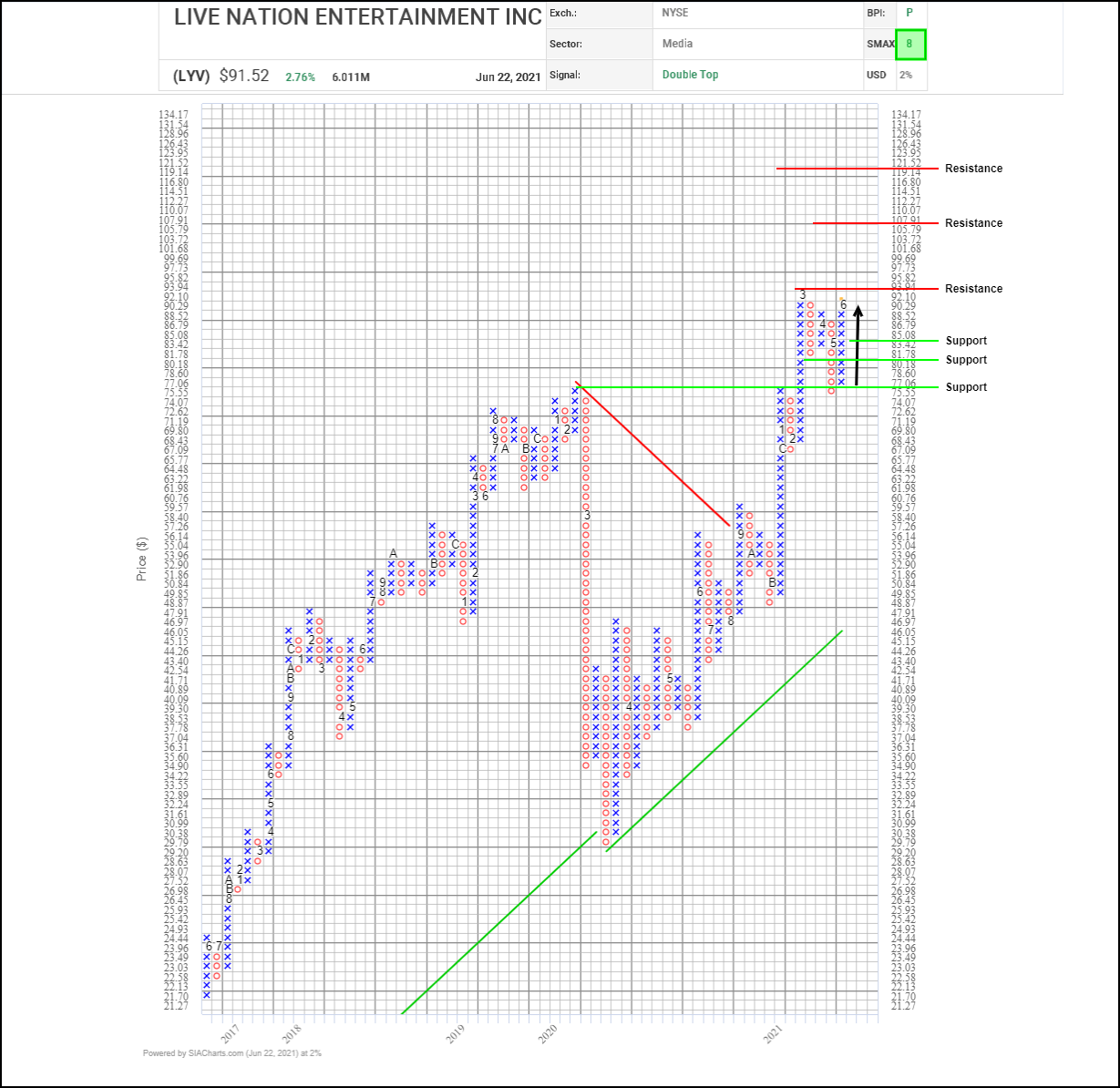