Monolithic Power Systems (MPWR), a producer of power modules for semiconductors, has soared up the rankings in the SIA S&P 500 Index Report climbing from the red zone back into the Green Favored Zone for the first time since March. Yesterday the shares finished in 116th place, up 10 spots on the day and up 247 places in the last month.

For the last six months, Monolithic Power Systems (MPWR) has been stuck in a sideways trading range between $300 and $400, consolidating previous gains. Since the last successful test of the channel bottom near $300, the shares have been under renewed accumulation, consistently climbing back up to the top of their range.

This week, the shares have staged a major breakout, blasting through and then holding above $400 to complete a bullish Ascending Triangle pattern and signal the start of a new advance. Based on measured moves from shorter-term swings within the range, upside resistance may potentially appear near $430, $450 and $500 on trend. Initial support appears near $370 based on a recent low and the current uptrend line. 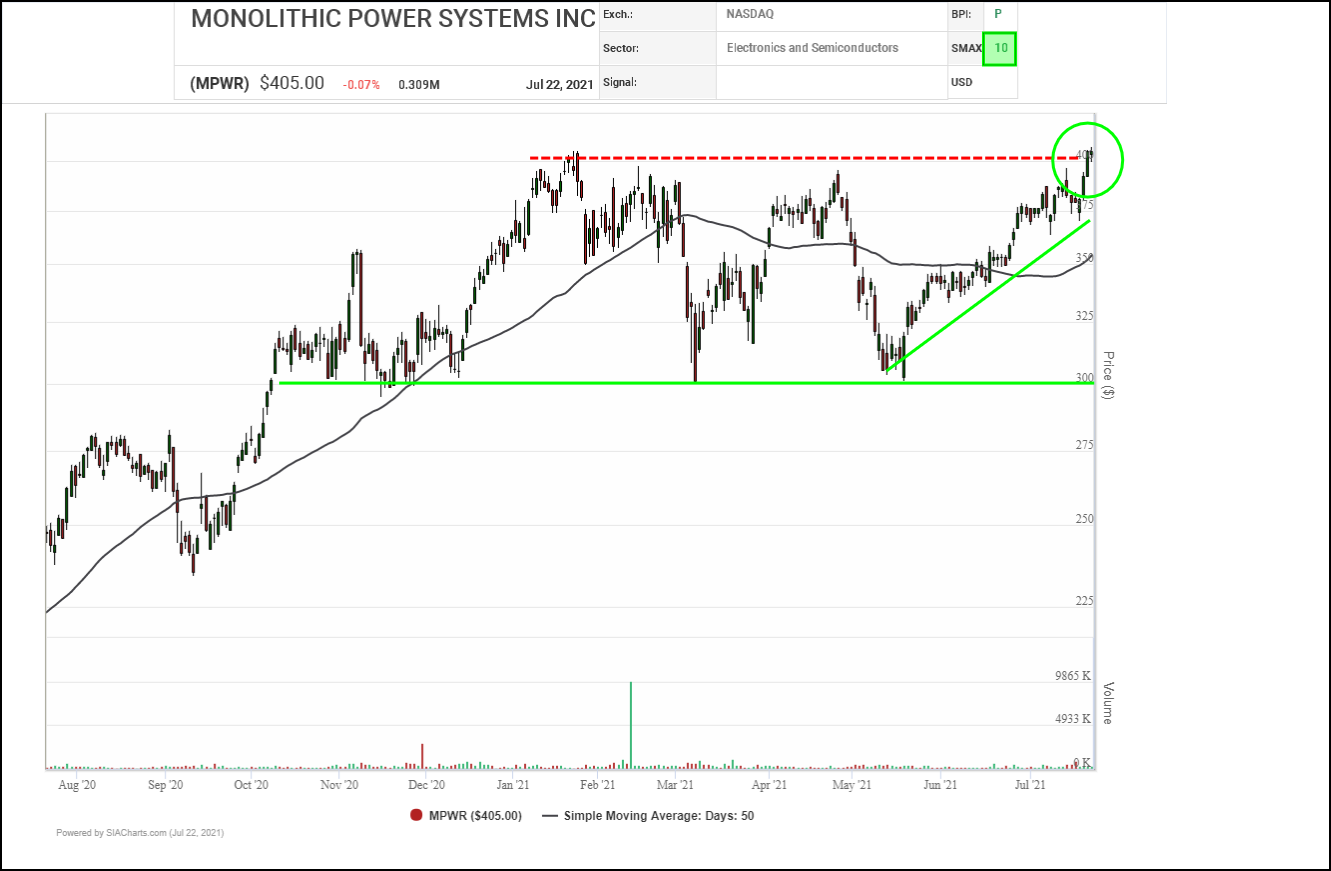 A major breakout is underway in Monolithic Power Systems (MPWR) this week. The stock has completed a consolidation phase and signaled that its primary uptrend has resumed with a breakout to a new high above $400.00 which completed both a bullish Quadruple Top and a bullish Spread Double Top pattern.

Initial resistance appears near $461.55 based on a vertical count, followed on trend by the $500.00 round number, then $519.80 where multiple vertical and horizontal counts cluster. Initial support appears near $371.25 based on a 3-box reversal.

With its bullish SMAX score increasing to a perfect 10, MPWR is exhibiting strength across the asset classes. 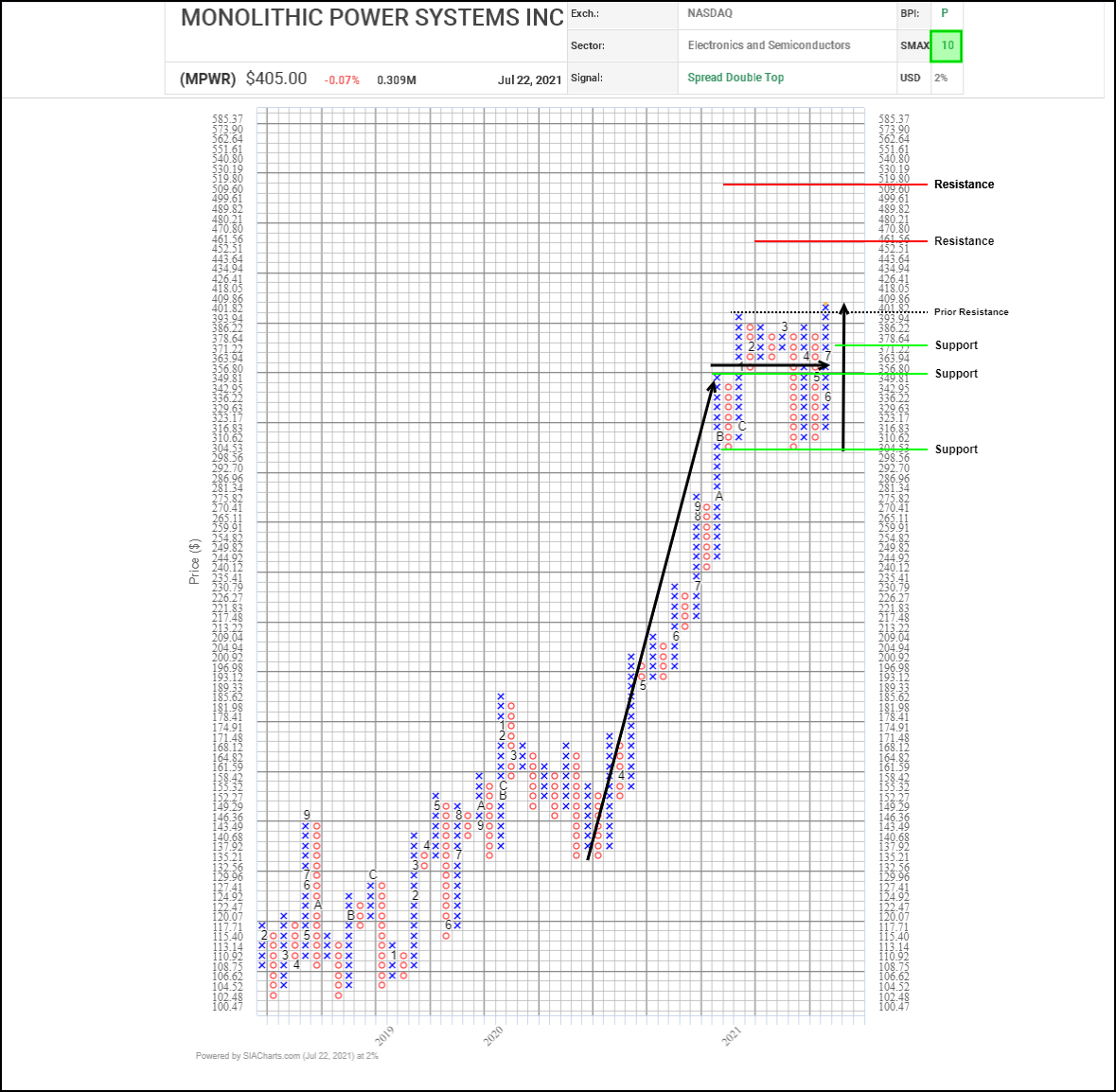