Logistics software producer Descartes Systems Group (DSG.TO) recently returned to the Green Favored Zone of the SIA S&P/TSX Composite Index Report for the first time since last October. The shares continue to climb up the rankings, having moved up 2 spots yesterday and 35 places in the last month to 39th place. After spending the better part of a year stuck in a sideways trading range between $70.00 and $85.00, Descartes Systems Group (DSG.TO) recently kicked off a new upleg blasting through $85.00, which has reversed polarity and become initial support, and advanced toward $90.00.

Based on a measured move from the recent trading range, next potential resistance for Descartes appears near the $100.00 round number. 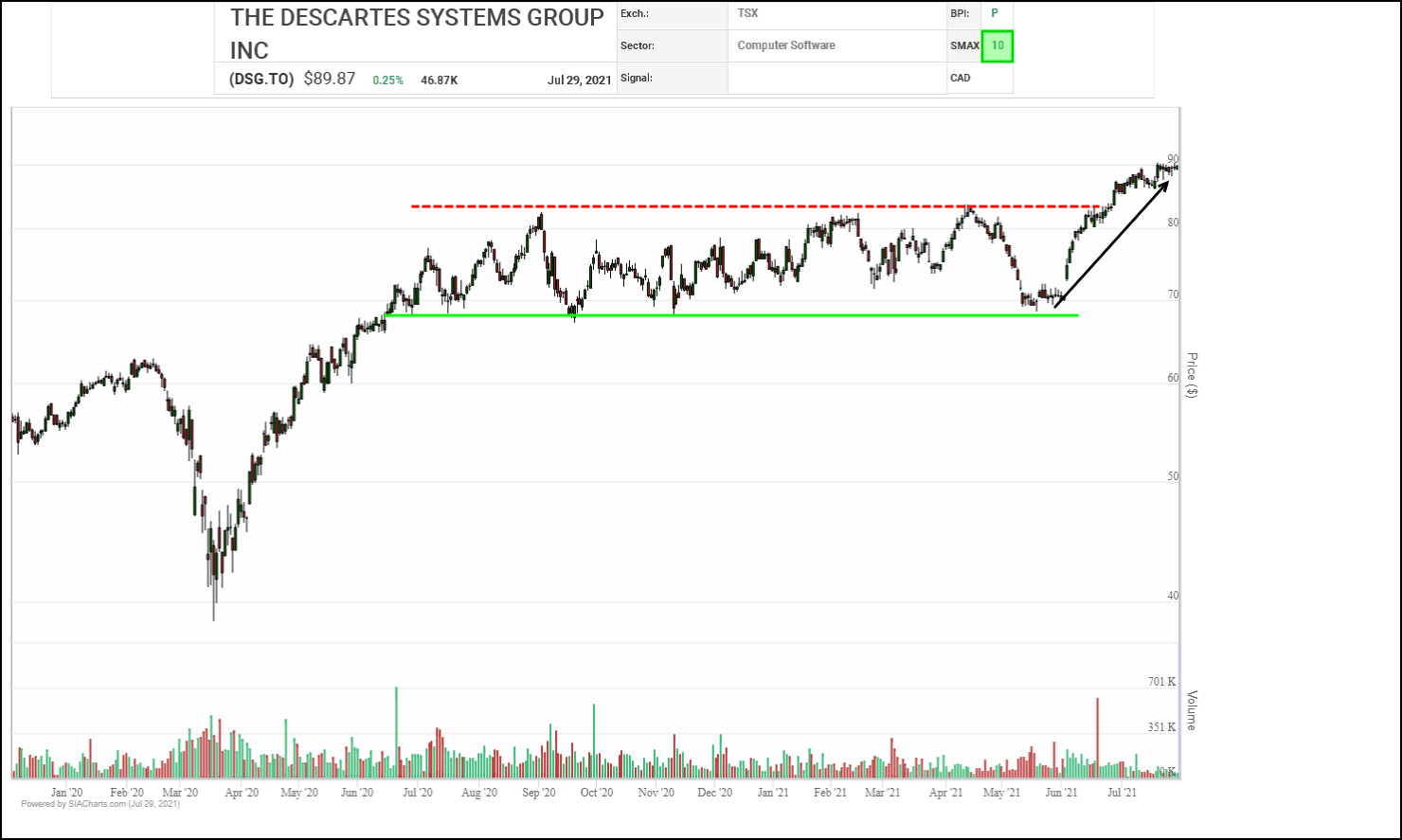 Descartes Systems Group (DSG.TO) shares continue to accelerate up and out of the consolidation range they were stuck in through the back half of 2020. Positive pattern breakouts including a bullish Quadruple Top, a Spread Triple Top and a Double Top, plus the current High Pole advance to new all-time highs indicate ongoing accumulation.

With a perfect SMAX score of 10, DSG.TO is exhibiting strength across the asset classes. 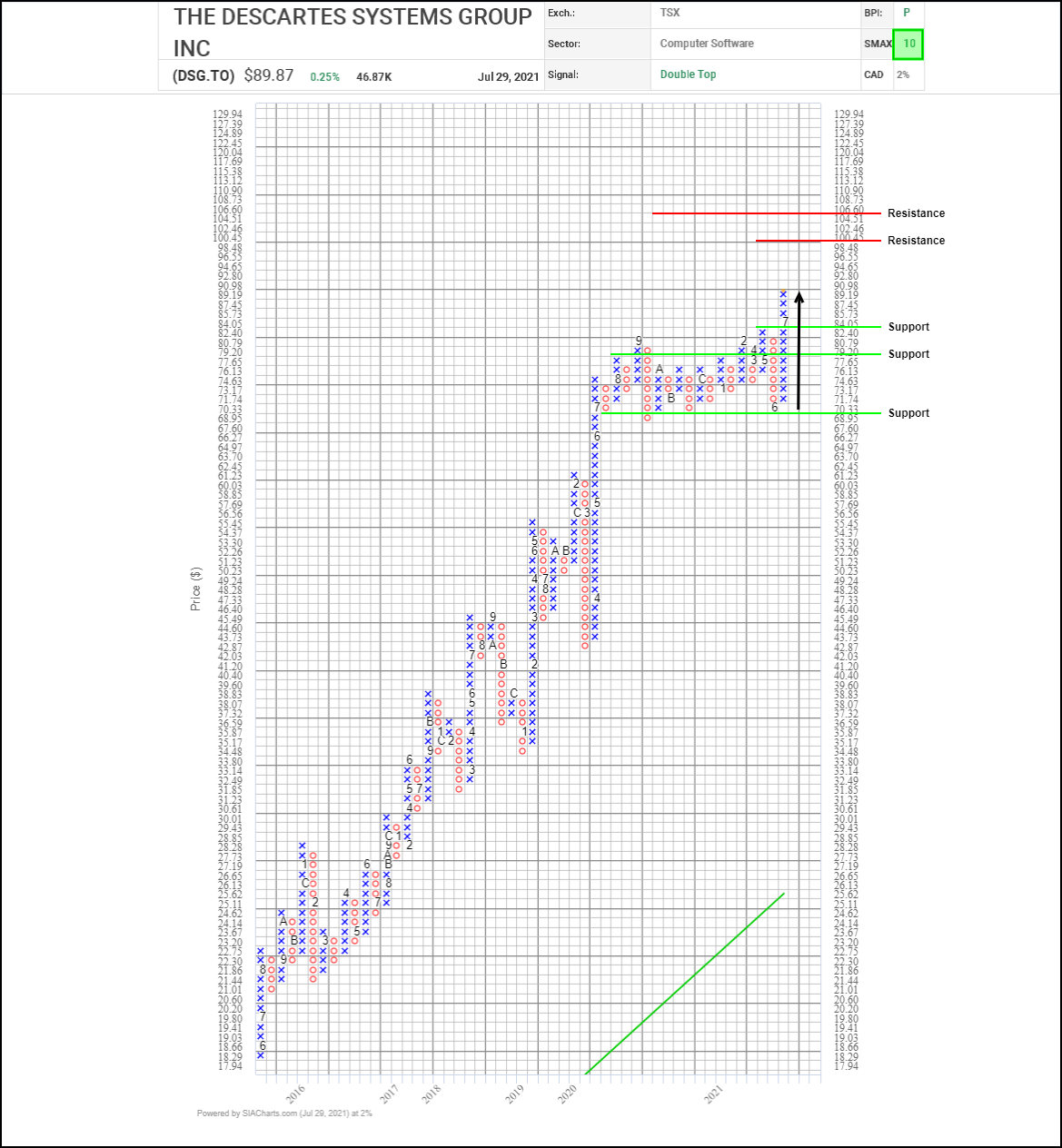