After spending the summer stuck in the red zone, Methanex Corp. (MX.TO) has been climbing back up the rankings in the SIA S&P/TSX Composite Index Report. Yesterday it returned to the Green Favored Zone for the first time since January after finishing in 56th place, up 8 spots on the day and up 156 spots over the last month.

Methanex Corp. (MX.TO) spent most of this year under distribution as shown by the steady downtrend of lower highs. In the last month, however, this trend has reversed into an upward accumulation trend. In August, the shares completed a bullish Falling Wedge pattern, snapped out of a downtrend and confirmed the breakout by regaining $45.00. The shares have continued to climb into September and yesterday, they broke out over $50.00 to confirm their uptrend continues. 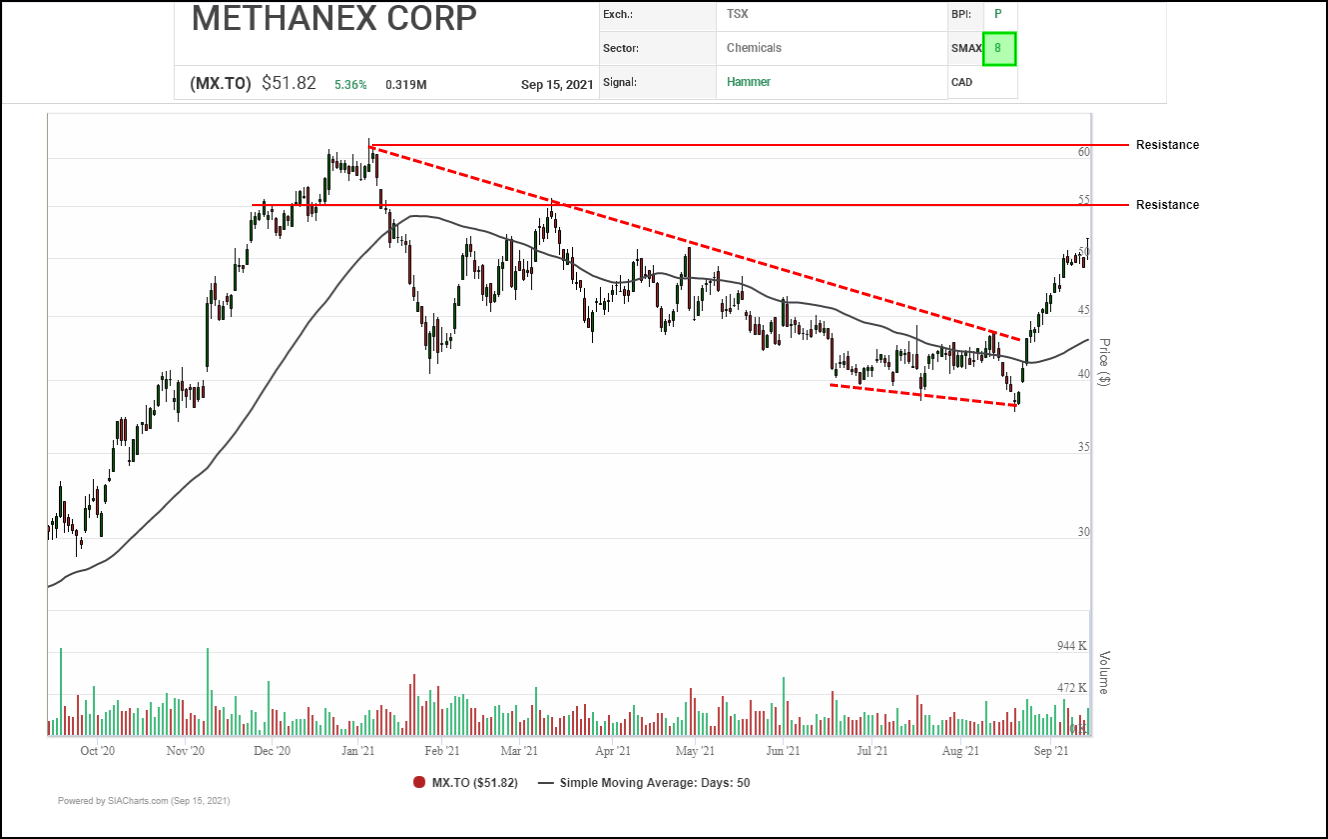 A major turnaround is underway in Methanex shares. For most of this year the shares had been under distribution, peaking at lower highs and completing a series of bearish patterns including a rare quadruple bottom. In the last few days, the shares have completely reversed course with the current high pole advance snapping a downtrend line, regaining $50.00, and completing a series of bullish pattern breakouts including a Spread Triple Top.

With its bullish SMAX score increasing to 8, MX.TO is exhibiting strength against the asset classes. 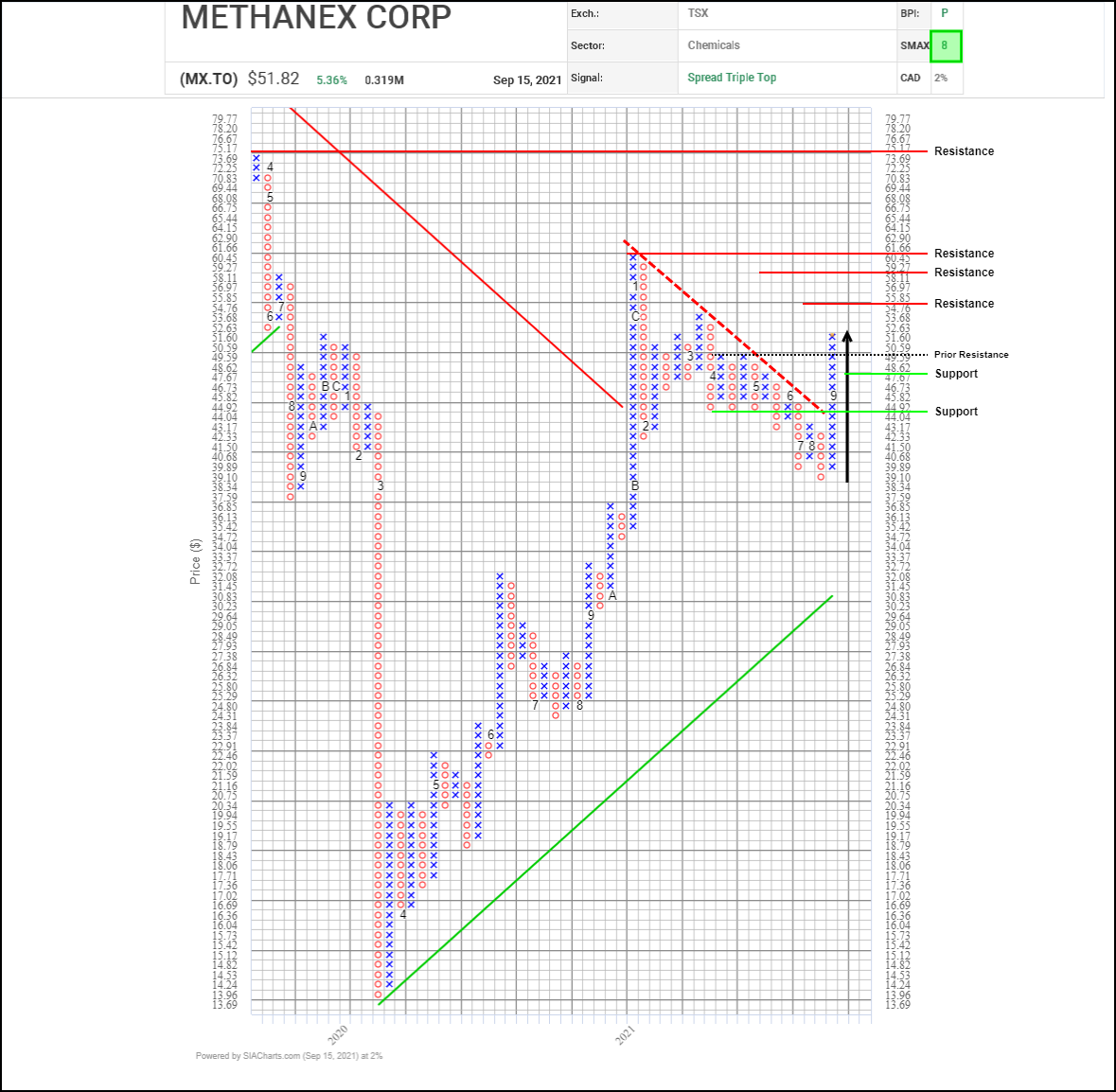