With North American oil & gas producers bouncing back along with energy prices yesterday, Cenovus Energy (CVE.TO) continued to rebound within the SIA S&P/TSX 60 Index Report. Recovering from a summer drop into the red zone, the shares returned to the Green Favored Zone for the first time since July. Yesterday, CVE.TO finished in 14th place, up 8 spots on the day and up 29 spots in the last month.

Trading action in Cenovus Energy (CVE.TO) shares over the last month suggests their technical situation continues to improve. Since an early summer selloff was contained by $9.00 support back in August, the shares have been bouncing back. First, they regained $9.75 and the $10.00 round number, which called off a bearish head and shoulders top that had been forming. Second they snapped a downtrend line. Third, recent gains have occurred on increasing volumes, a sign of renewed accumulation, including yesterday’s breakout to the highest level since July. 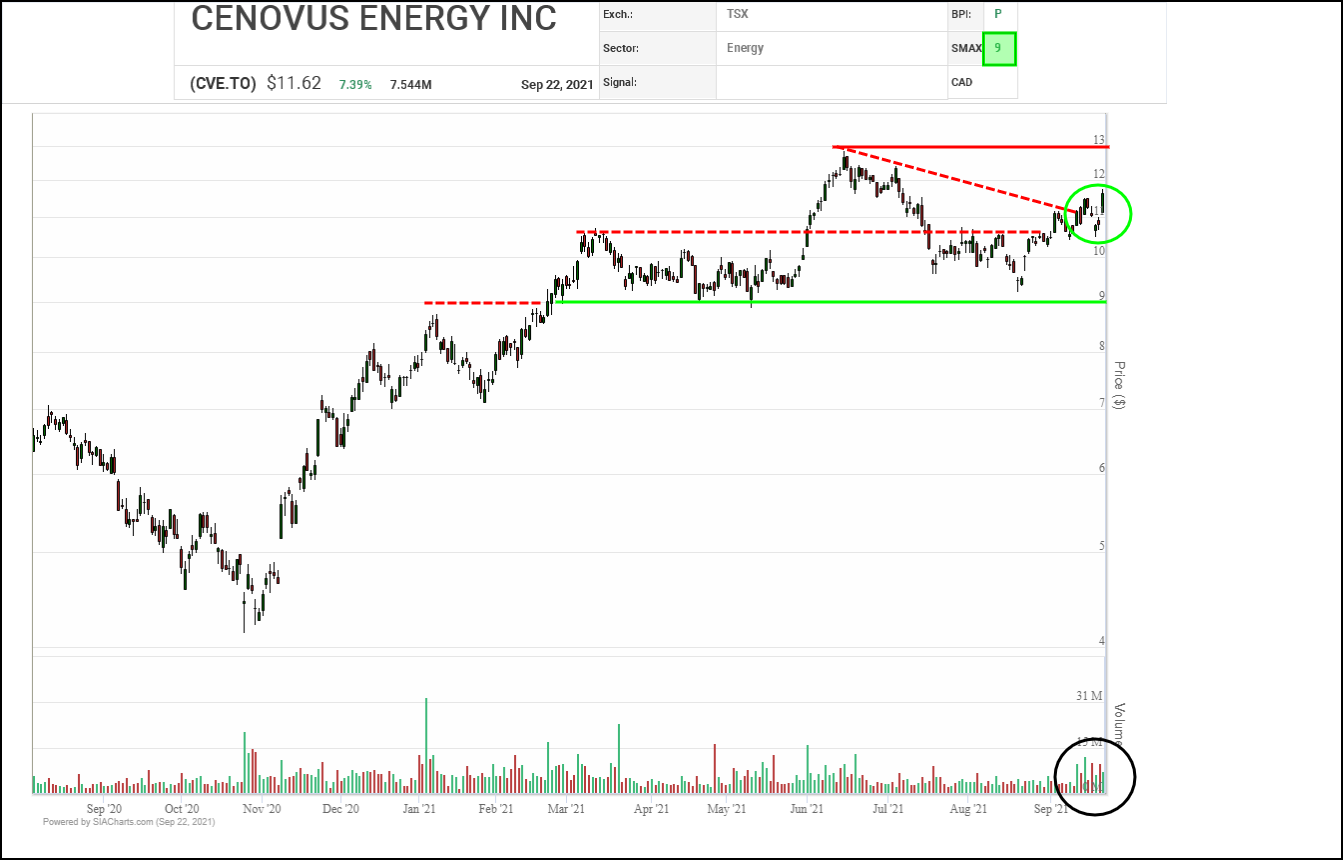 Cenovus Energy (CVE.TO) has started to claw back some of their summer correction losses. Regaining $10.00 and completing a bullish Triple Top breakout suggest that accumulation has resumed, and an upswing is underway.

Initial resistance appears at the July peak near $12.30, followed by $13.55 based on a horizontal count, and then the $15.00 to $15.30 area where a round number and a vertical count converge. Initial support appears between $10.50 and $10.70, where a 3-box reversal and a retest of the recent breakout point converge.

With a bullish SMAX score of 9, CVE.TO is exhibiting strength against the asset classes. 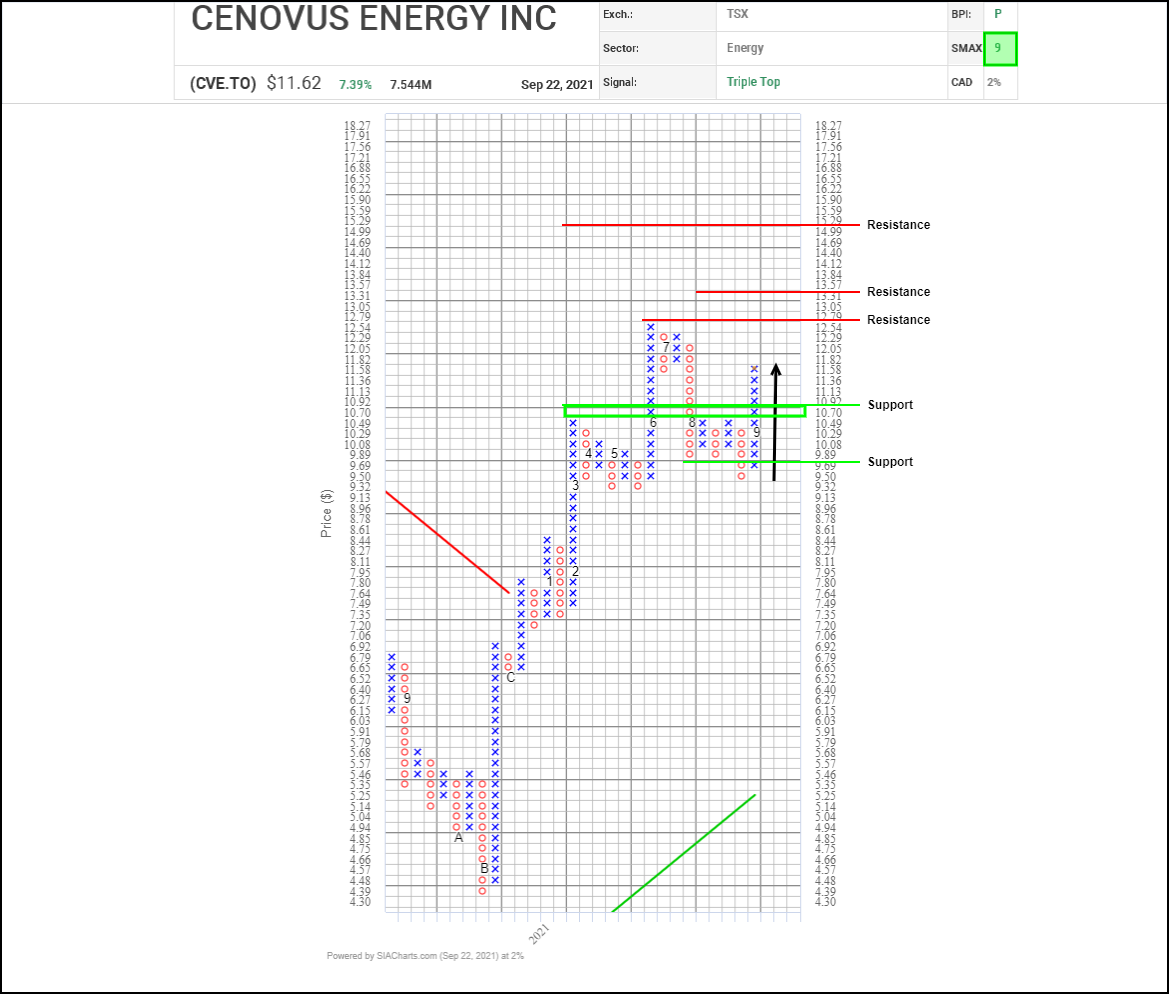