Forest products producer Interfor Corp. (IFP.TO) has returned to the Green Favored Zone of the SIA S&P/TSX Composite Index Report this week for the first time since June, continuing to bounce back from a summer drop into the red zone. Yesterday the shares finished n 42nd place, up 12 spots on the day and up 137 spots in the last month.

Interfor Corp. (IFP.TO) shares have come back under accumulation since establishing a higher low near $23.50 back in August. Earlier this month, they snapped out of a downtrend and confirmed the start of a new upswing with a breakout over $30.00. 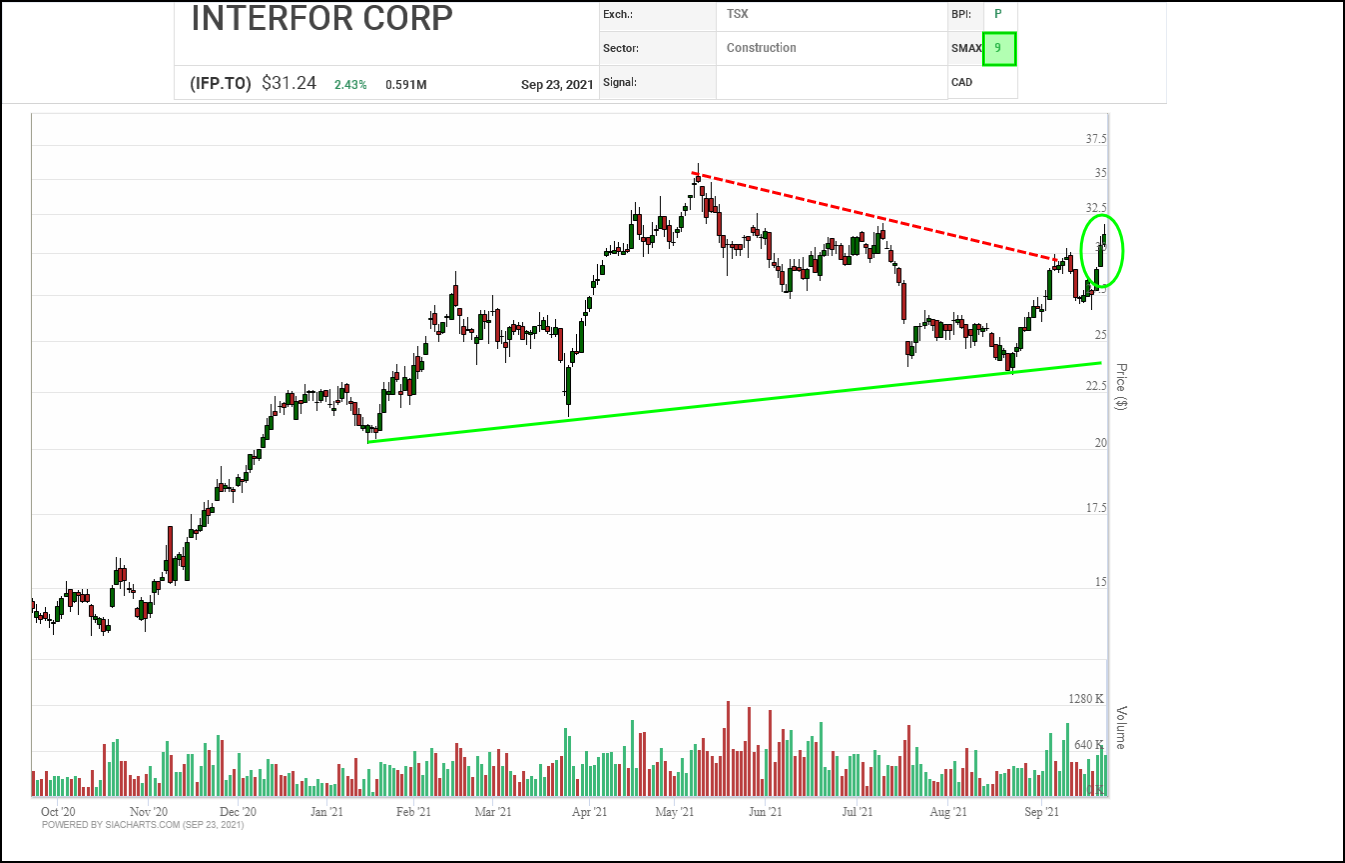 A summer retreat in Interfor (IFP.TO) shares bottomed out at a higher low last month, keeping its longer-term underlying uptrend intact. Since then, the shares have resumed and the start of a rebound has been confirmed recently with a Double Top breakout followed by the shares regaining $30.00.

With its bullish SMAX score increasing to 9, IFP.TO is exhibiting strength against the asset classes. 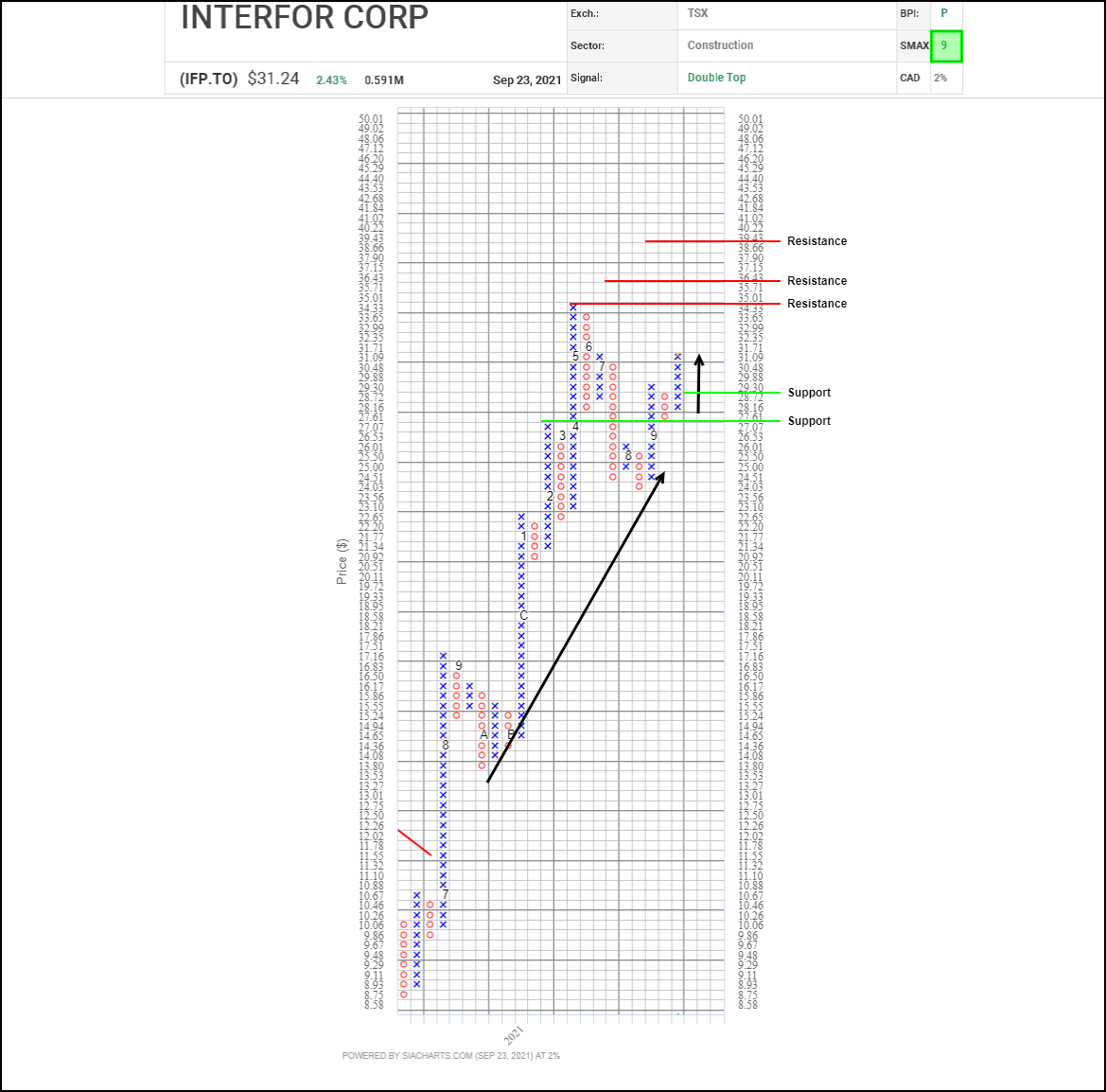