Energy giant Imperial Oil (IMO.TO) has returned to the Green Favored Zone of the SIA S&P/TSX 60 Index Report this week for the first time since July, as its relative strength continues to rebound from a summer dip down into the red zone. On Friday, the shares finished in 15th place, up 3 spots on the day and up 20 spots in the last month.

A summer correction in Imperial Oil (IMO.TO) has come to an end with the shares decisively turning back upward. Last week, the shares broke out over $36.50, completing a bullish Reverse Head and Shoulders base which had been forming since July. This neckline breakout builds on a successful retest of $30.00 support and the snapping of a downtrend line last month. 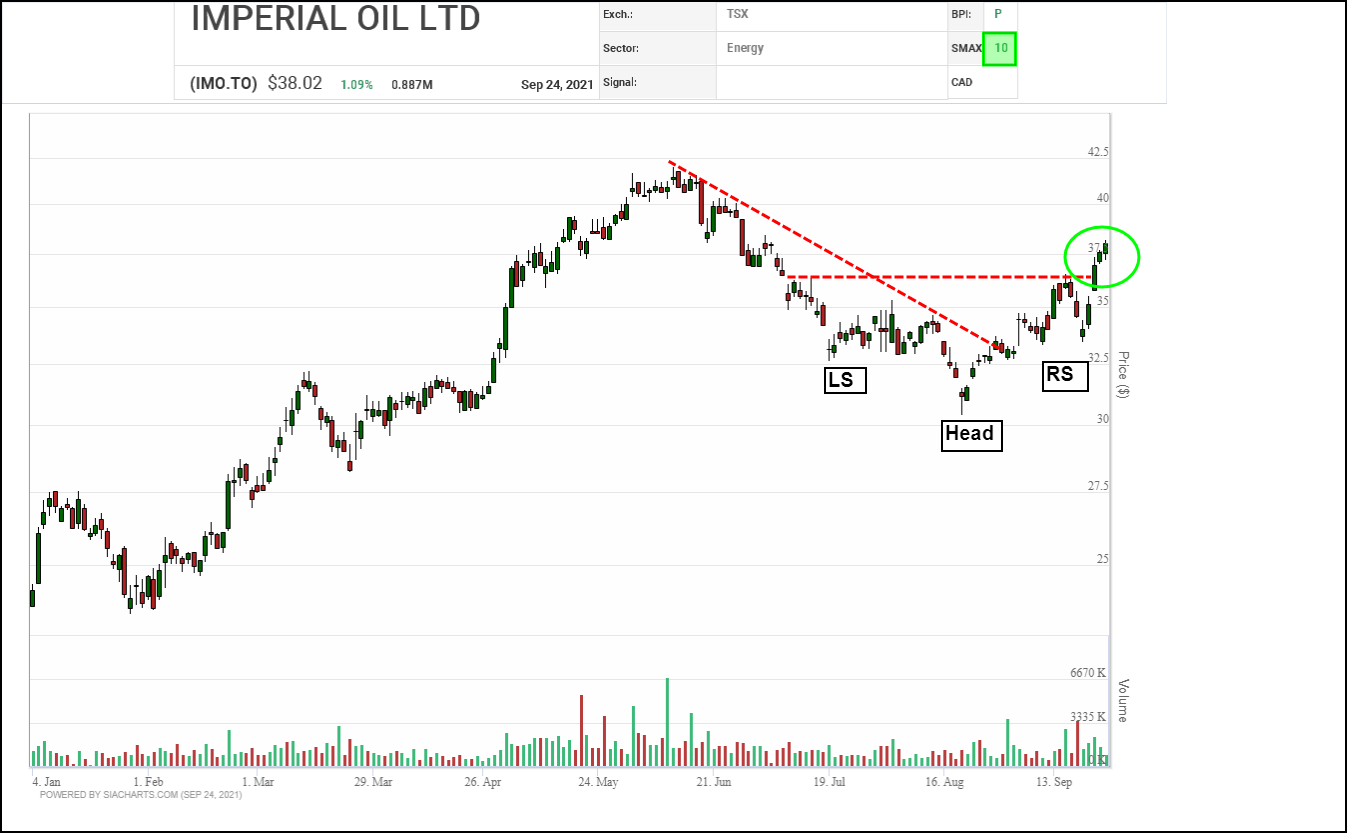 After steadily advancing through the first half of this year, Imperial Oil (IMO.TO) shares staged a summer correction that appears to be ending. An initial retreat was contained at a higher low above $30.00 support last month. Since then, signs of accumulation have resumed but for now, the shares remain on a bearish High Pole Warning.

A breakout over the previous peak near $42.20 is needed to call off the warning and complete a bullish double top breakout which would then confirm the start of a new advance. Should that occur, next potential upside resistance on trend may appear near $44.80 based on a measured move then $48.50 based on a previous column high. Initial downside support appears near $34.60 based on a 3-box reversal and previous column lows.

With its bullish SMAX score increasing to a perfect 10, IMO.TO is exhibiting strength across the asset classes. 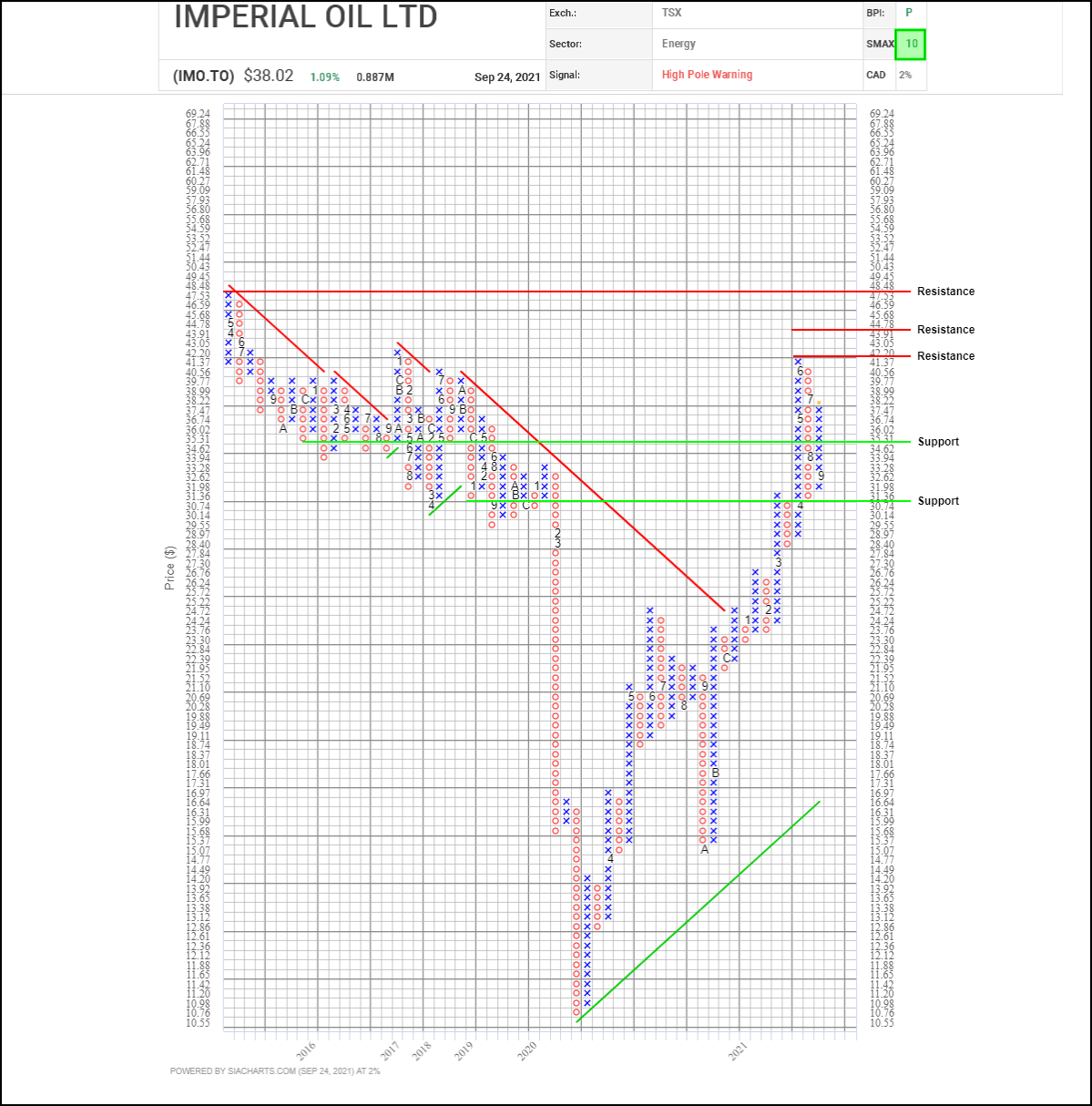