Insurance giant Prudential Financial (PRU) has started to turn back upward within the Green Favored Zone of the SIA S&P 500 Index Report. Yesterday it finished in 99th place up 4 spots on the day and up 20 positions in the last week.

Prudential Financial (PRU) shares appear poised for a breakout. In a normal consolidation phase, the shares have been trending sideways in a $93.50 to $108.50 trading range since May, digesting an advance made earlier in the year. Last month, an attempt by bears to push the shares back under $100.00 support was quickly rejected and the shares have rebounded to retest the top of their current trading range.

A breakout over $108.50 to a new high would signal the start of a new rally phase. Should that occur, a measured move from the current range suggests potential upside resistance near $123.50, followed by the $125.00 round number. 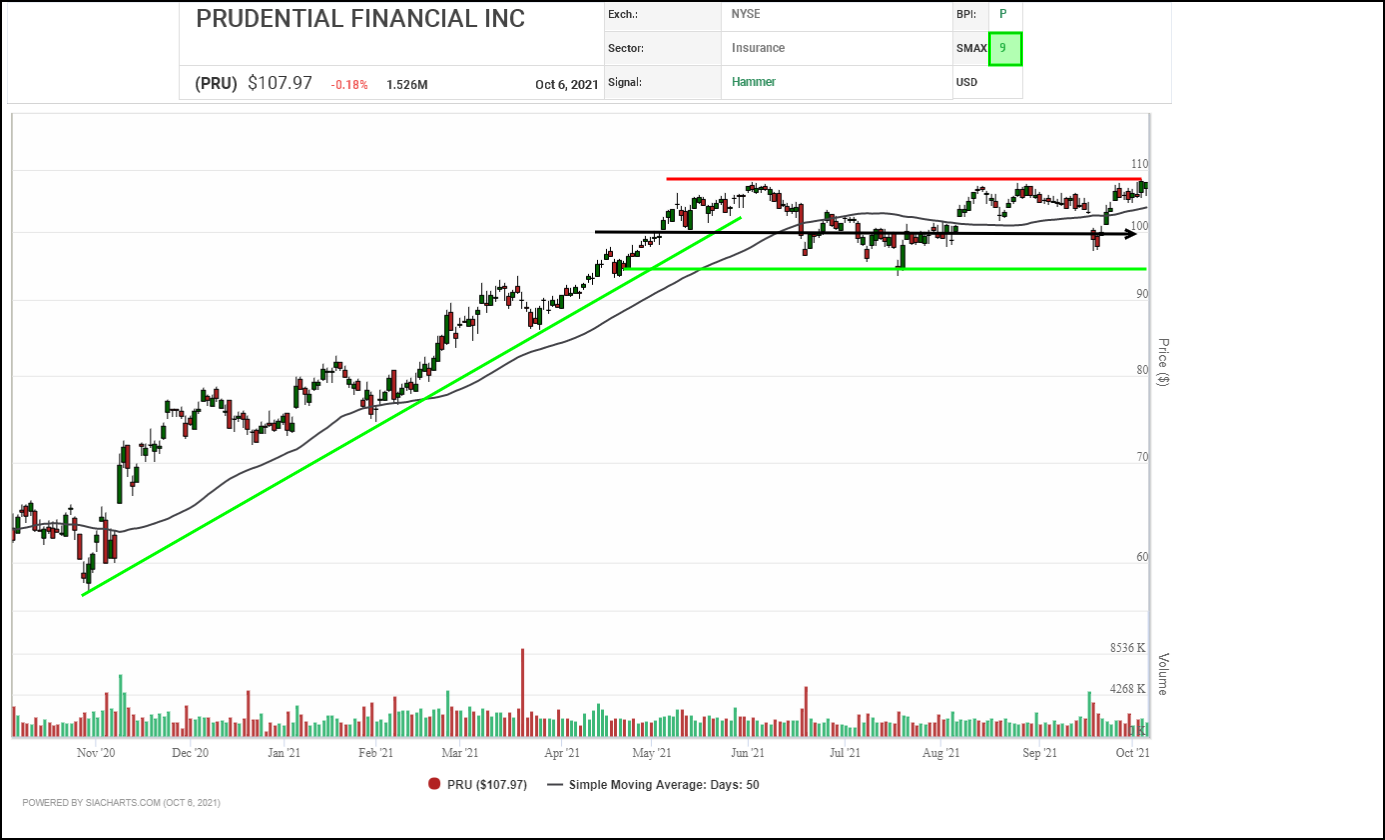 Earlier this year, Prudential Financial (PRU) staged a big High Pole rally that carried up back up over $100.00 for the first time since 2018. Since June, PRU has been consolidating its gains. An initial correction was contained by support at a previous resistance level in August and since then, the shares have come back under accumulation establishing an upward trend of higher column lows.

Currently the shares are on a bullish Double Top signal and are bumping up against their previous highs near $108.85. A breakout to a new high would complete a bullish spread triple top pattern and signal the start of a new advance. Should that occur, next potential resistance may appear near the $125.00 round number, or $135.32 based on a horizontal count. Initial support appears near the $100.00 round number and $98.55 based on a 3-box reversal.

With its bullish SMAX score increasing to 9, PRU is exhibiting strength against the asset classes. 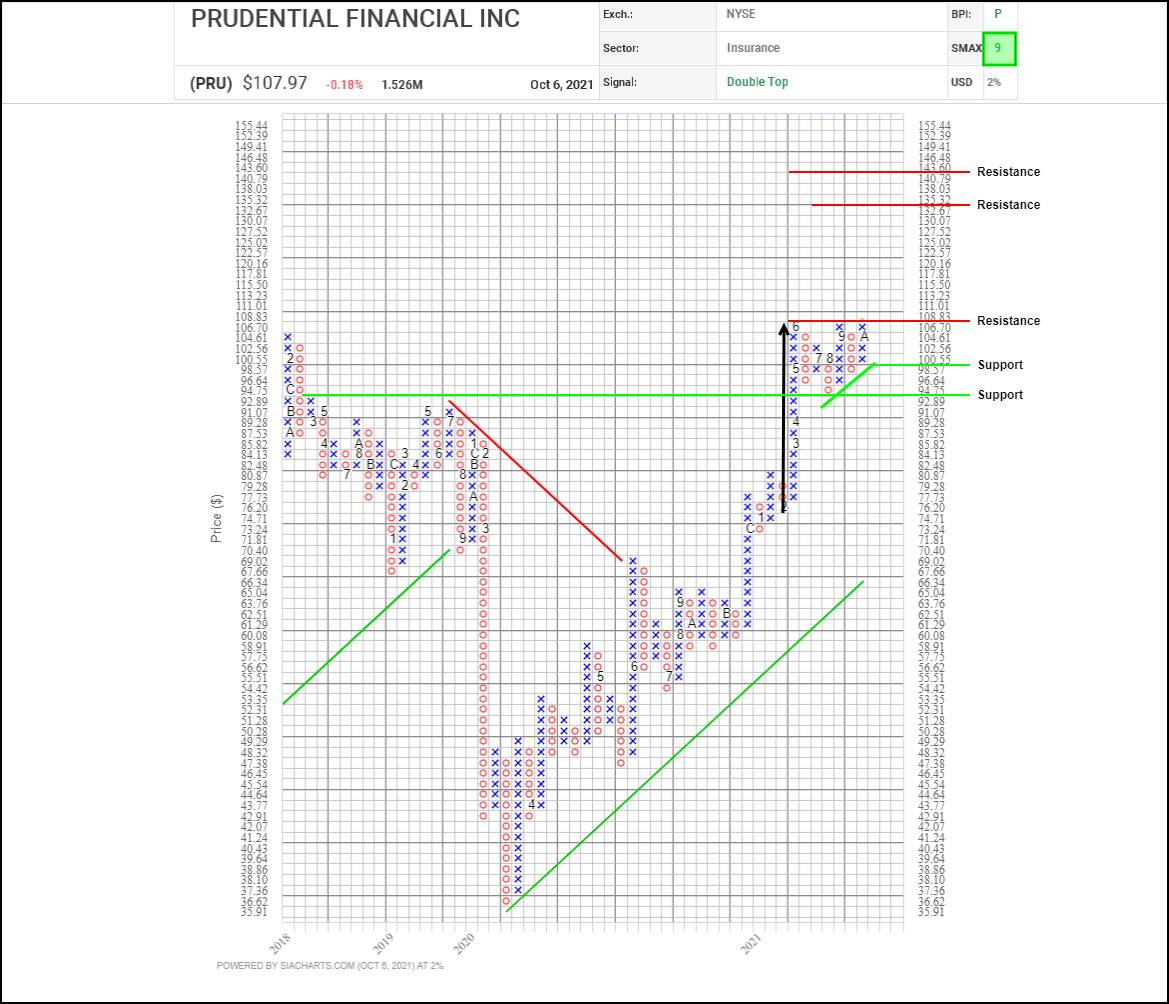