Ford Motor Company (F) has been struggling in recent months as a chip shortage impacted automakers. The shares have started to shrug that situation off and have been climbing back up the rankings in the SIA S&P 100 Index Report from a trip into the red zone. Earlier this week, Ford returned to the Green Favored Zone for the first time since August and finished yesterday in 19th place, up 7 spots on the day and up 36 positions in the last month.

Ford Motor Company (F) has attracted renewed interest recently. After peaking in June, Ford spent the summer under distribution as shown by the trend of lower highs, but in the last six weeks, bulls started to re-assert themselves, successfully defending $12.50, a former resistance level. In September, bulls started to gain the upper hand again with a breakout over $13.50 snapping a downtrend line and causing a bearish descending triangle pattern to fail. Since then, the shares have continued to climb and yesterday they broke out over $14.75 on increased volume, confirming the start of a new upswing.

Resistance could first be tested at the June high near $16.25 where a breakout would signal an end to the current consolidation phase and confirm the start of a new advance. Next potential upside resistance on a breakout appears near $17.00, $19.25, and $20.50 plus the $20.00 round number. Initial support currently appears near $14.00. 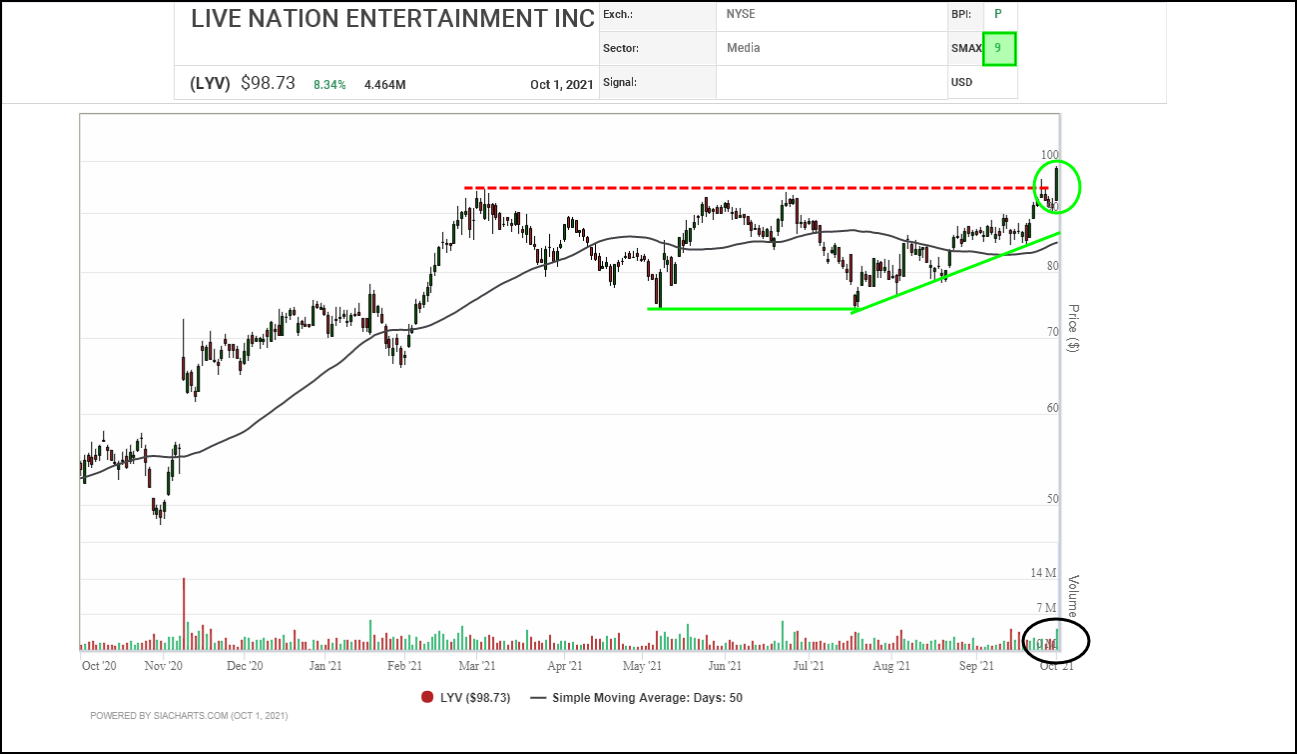 A summer correction in Ford Motor Company (F) shares appears be ending and its primary uptrend starting to reassert itself. Last month, the shares bottomed out at a higher low near $12.50 and since then, accumulation has resumed. A bullish Double Top breakout has called off a previous double bottom and signaled the start of a new upswing.

Initial resistance appears at the June peak near $16.05, where a breakout would confirm the start of a new upleg. Should that occur, next potential resistance may appear near $16.65, $18.05, or $20.30, just above the $20.00 round number based on horizontal and vertical counts. Initial support appears near $13.65 based on a 3-box reversal.

With a perfect SMAX score of 10, F is exhibiting strength across the asset classes. 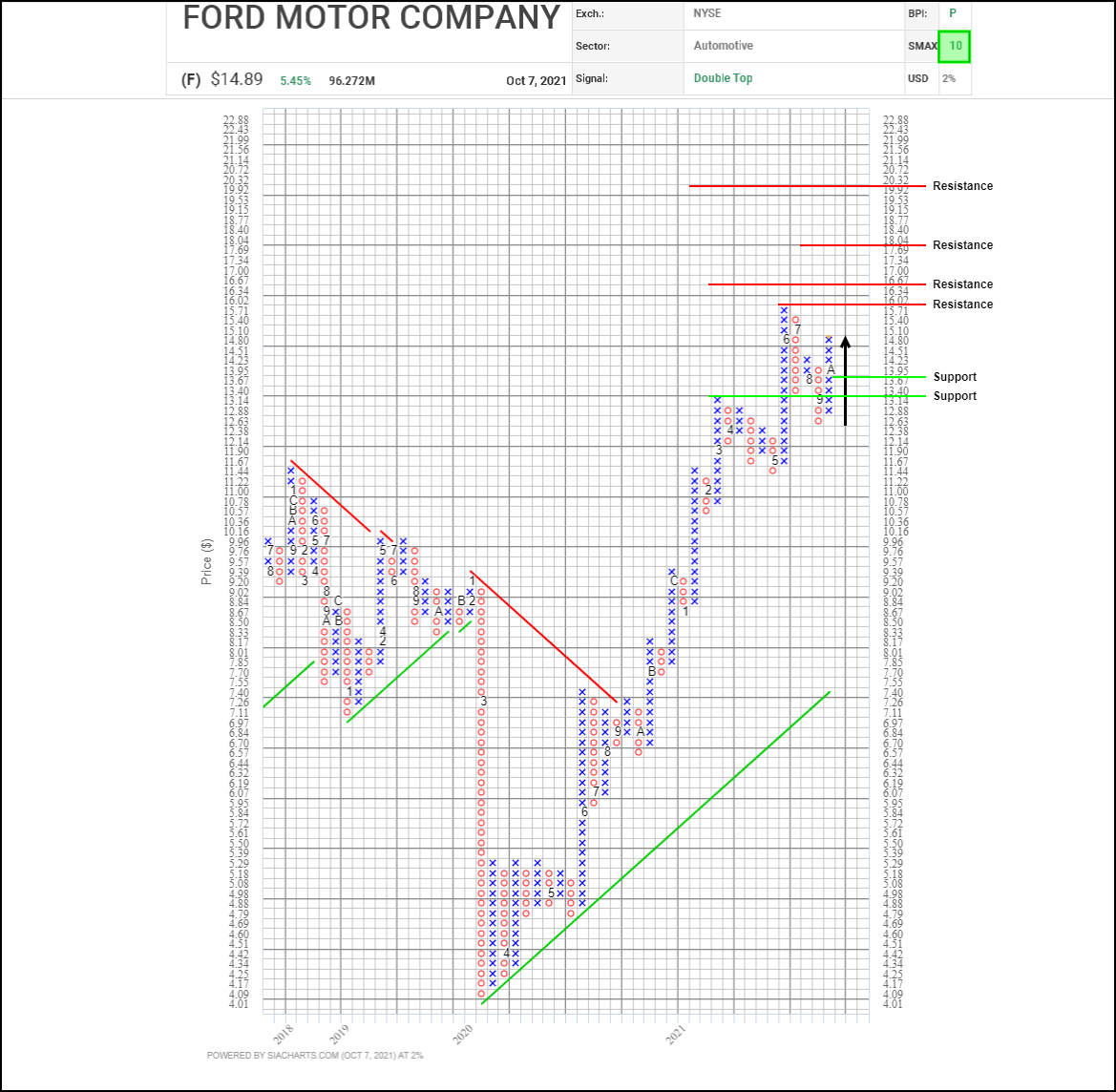