Since returning to the Green Favored Zone of the SIA S&P/TSX Composite Index Report last month, shares of base metal miner Teck Resources (TECK.B.TO) have climbed 14.2%. The shares continue to move up the rankings finishing Friday in 19th place, up 4 spots on the day.

After spending the summer stuck in a sideways consolidation range between $25.00 and $32.50, Teck Resources (TECK.B.TO) shares been under renewed accumulation since August. Earlier this month, the shares broke through $32.50, completing a bullish Ascending Triangle pattern and signaling the start of a new advance that has continued through to Friday’s record high close

Based on measured moved from the previous trading range, next potential upside resistance appears near the $40.00 round number, then $47.50 on trend. Initial support appears at the top of a breakaway gap near $34.00, then the $32.50 breakout point. 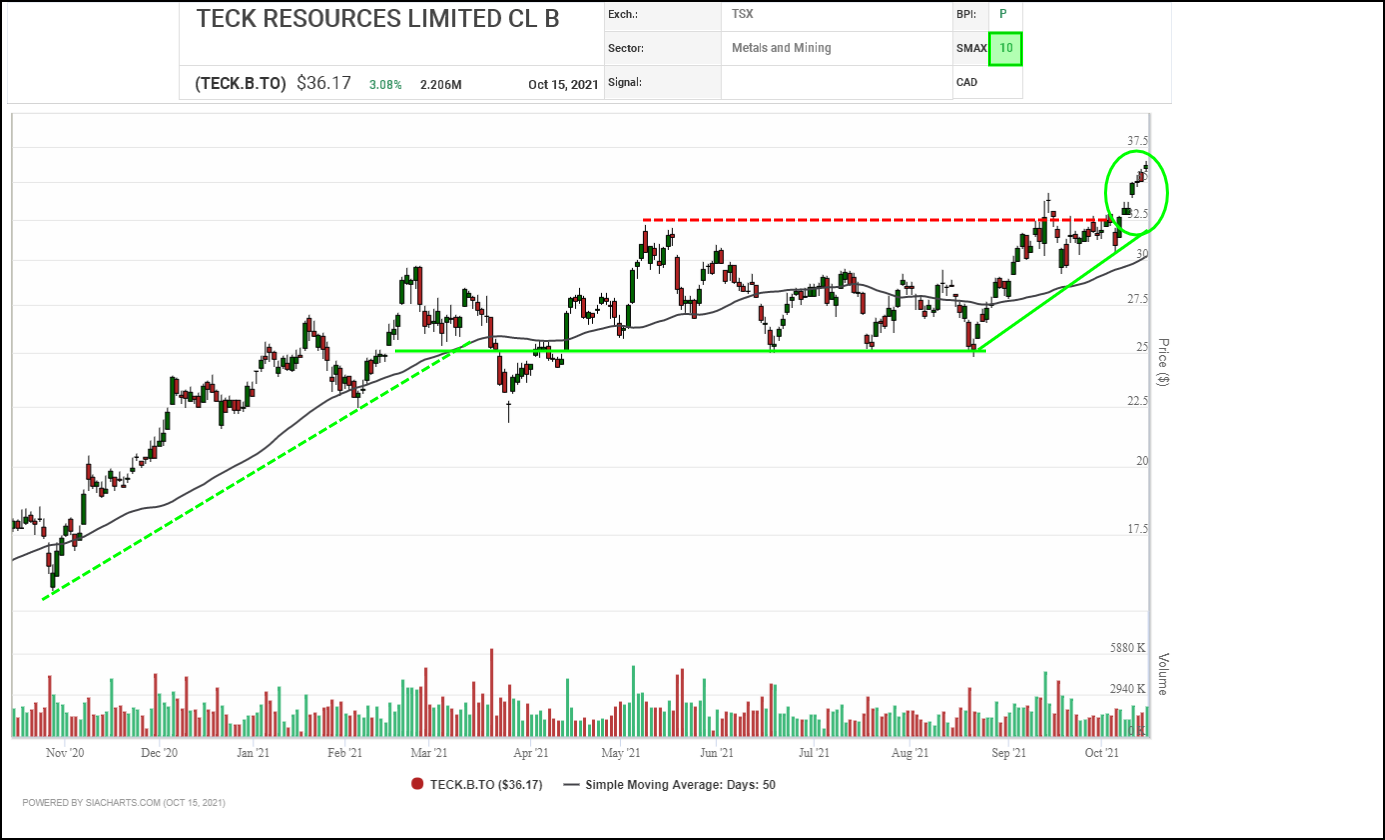 With a perfect SMAX score of 10, TECK.TO is exhibiting strength across the asset classes. 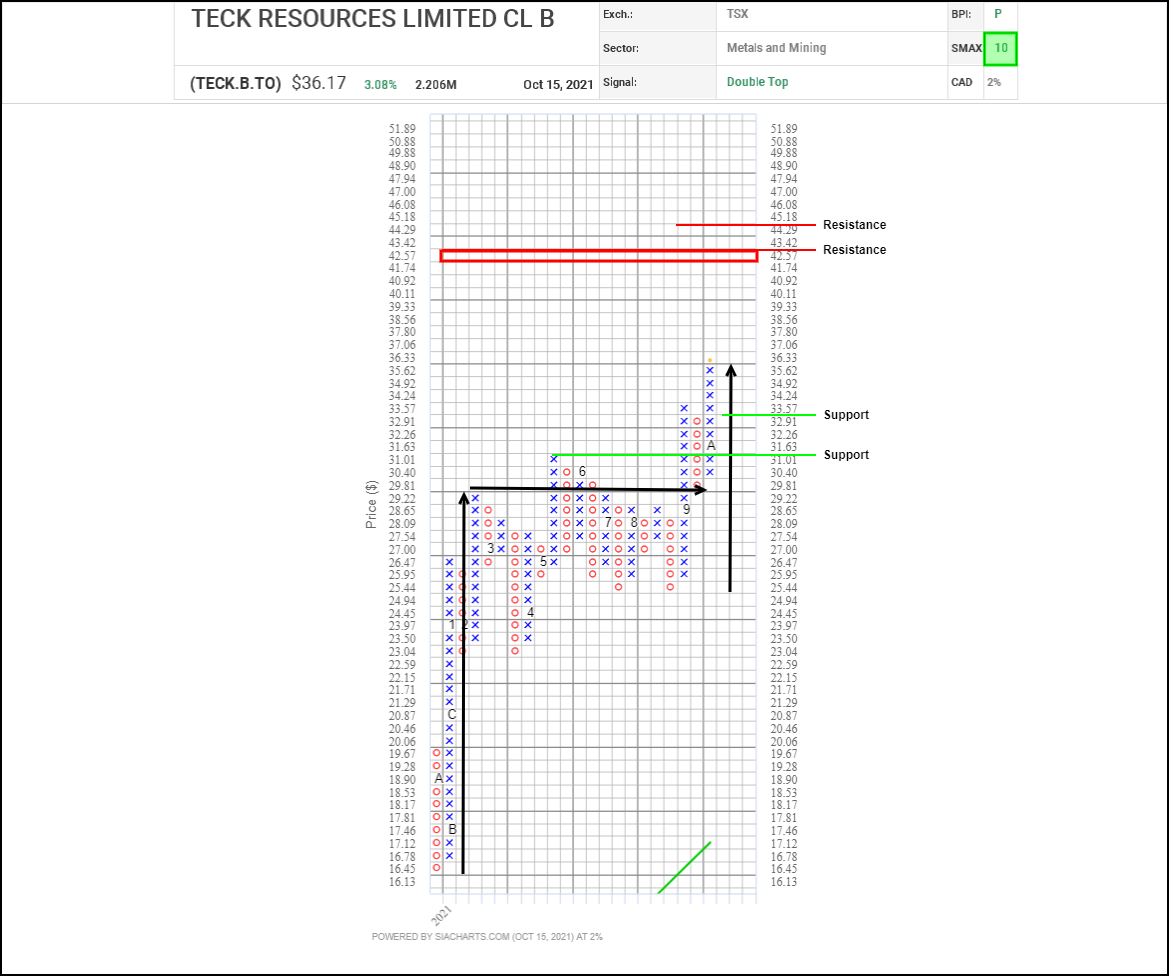