Since returning to the Green Favored Zone of the SIA S&P 500 Index Report last month, computer memory producer Micron Technology continues to steadily climb up the rankings. Yesterday, on the back of positively received earnings and guidance, the shares climbed another 22 positions to 52nd place. MU has moved up 115 places in the last month.

Back in October, a six-month decline in Micron Technology (MU) shares was contained by an uptrend support line. Since then, distribution has reversed back into accumulation and MU’s primary uptrend has resumed. In recent weeks, the shares have regained and held above their 50-day average, snapped a downtrend line, and this week, have started to accelerate upward, clearing $90.00.

Initial upside resistance appears between the March peak near $97.00 and the $100.00 round number. A move through there would confirm the start of a new upleg with next potential resistance in the $120.00 to $127.50 zone, an area which contains multiple measured moves and the $125.00 round number. Initial support has been established near $80.00.

Micron Technology (MU) shares have called off a recent retreat and have been clawing back lost territory. Along the way of the recovery move, they have snapped out of a downtrend and completed several bullish patterns including a Double Top, a Spread Double Top, and the current Spread Triple Top.

Having continued their rebound up above $90.00, next potential resistance for the shares appears at their previous peak near $96.35, where a breakout would confirm the start of a new advance. Should that occur, next potential resistance on trend may appear near the $100.00 round number, followed by $102.25, $115.15, and $119.80 all based on horizontal and vertical counts. Initial support appears near $82.25 based on a common 3-box reversal.

With its bullish SMAX score increasing to 8, MU is exhibiting strength against the asset classes. 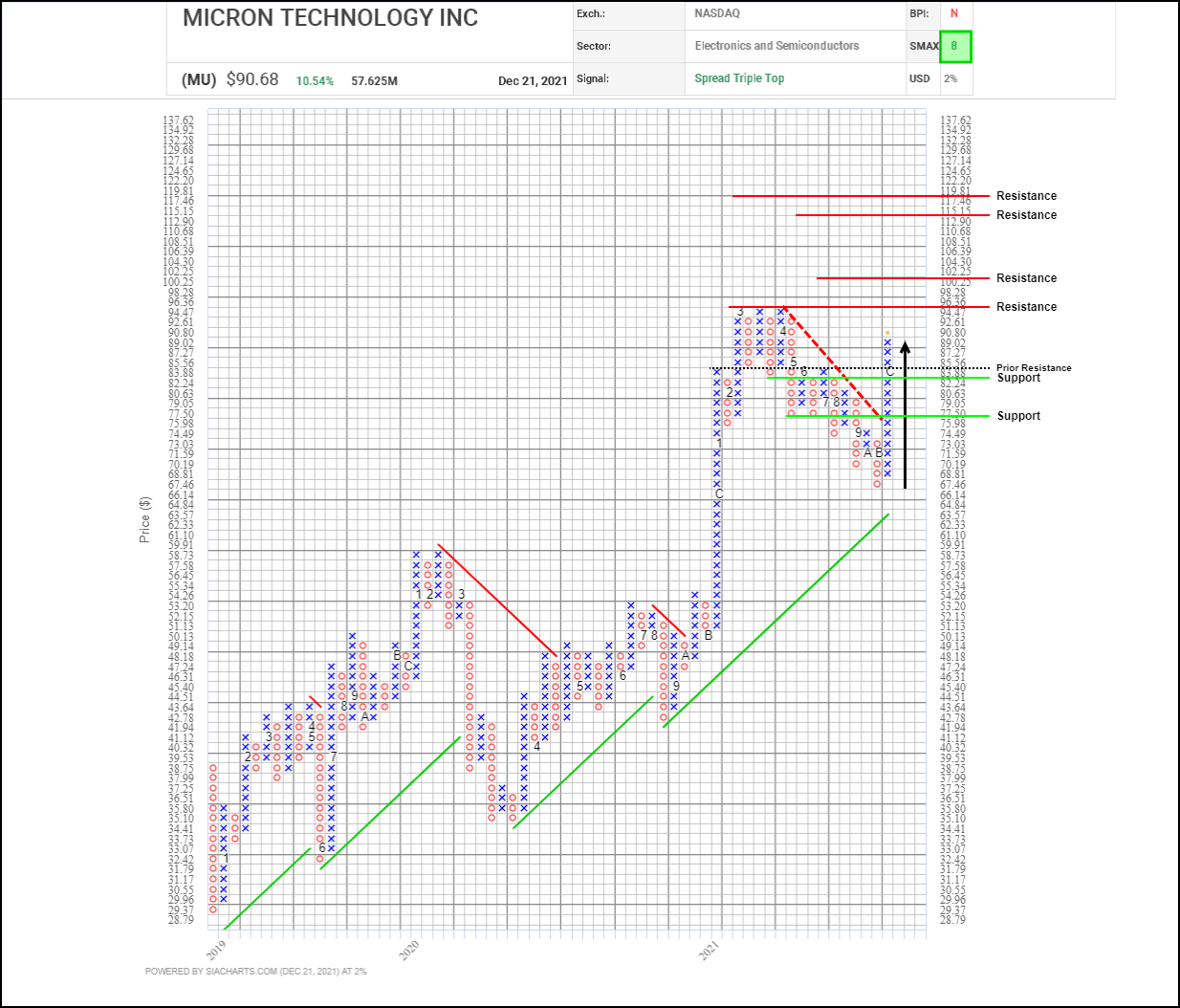