Since returning to the Green Favored Zone of the SIA S&P 500 Index Report back in September from a trip down into the red zone, shares of fertilizer producer CF Industries (CF) are up 34.1%. The shares have continued to march toward the top of the rankings. Yesterday the shares moved up to 4th place, up 9 spots on the day and up 34 positions in the last month.

After spending the summer stuck in a sideways range between $43.00 and $56.50, CF Industries (CF) shares came under renewed accumulation in September, rallying on higher volumes. In the last few days, accumulation appears to have accelerated again with the shares breaking out to a new all-time high and clearing $70.00 on increased volumes.

Measured moves from recent trading ranges suggest potential upside resistance near $78.75, then $83.50, around the $80.00 round number. Initial support appears at the 50-day moving average near $61.50. 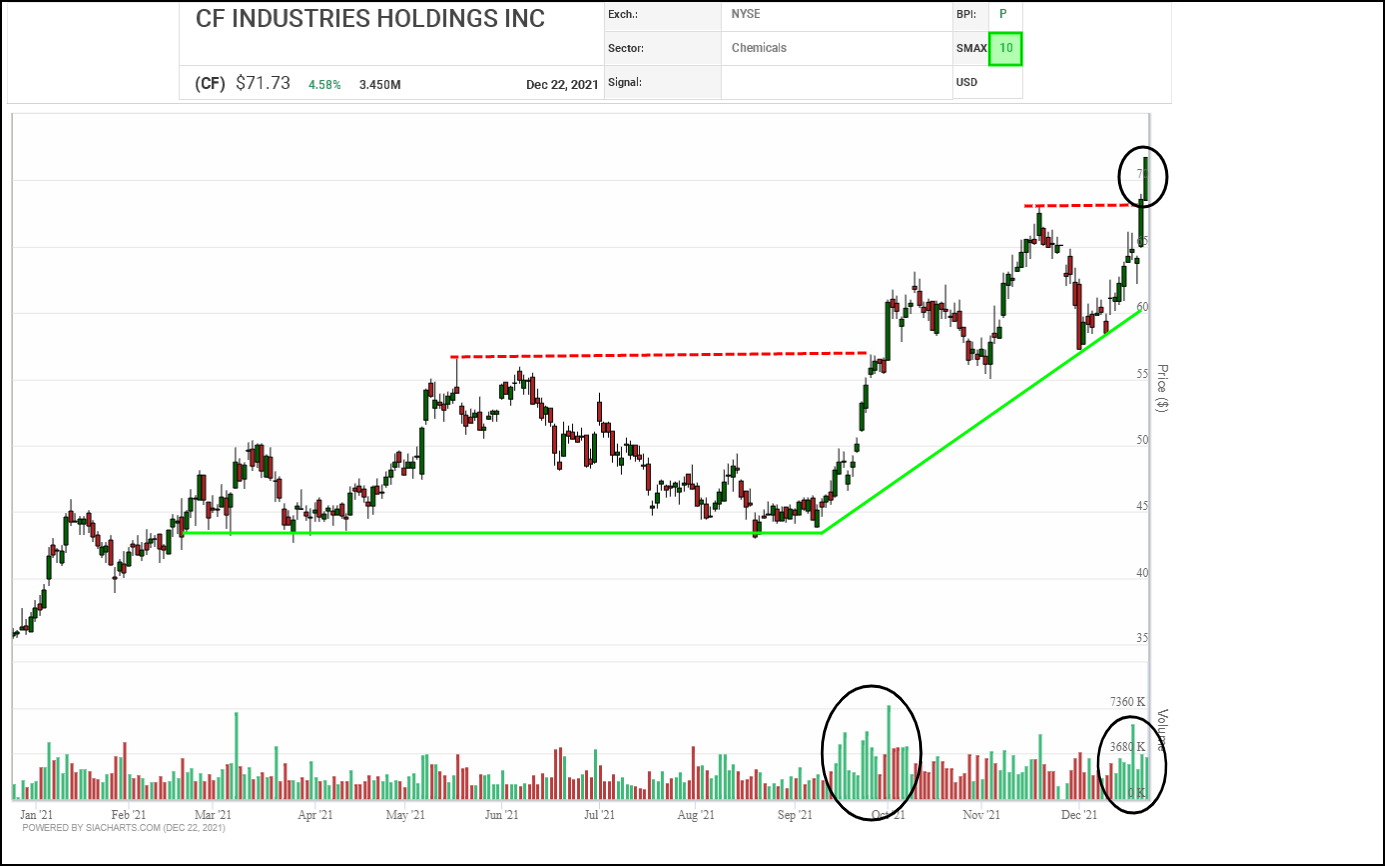 Back in September, a bearish quadruple bottom breakdown turned out to be a bear trap that quickly reversed into a bullish High Pole rally to new all-time highs. Since then, the shares have remained under accumulation, and the tier longer-term upward trend has resumed with the shares establishing higher lows and completing more bullish patterns, including the current Double Top.

Next potential upside resistance on trend appears in the $79.30 to $82.50 area, a zone where multiple vertical and horizontal counts converge around the $80.00 round number, followed by $85.85. Initial support appears near $65.05 based on a 3-box reversal.

With a perfect SMAX score of 10, CF is exhibiting strength across the asset classes. 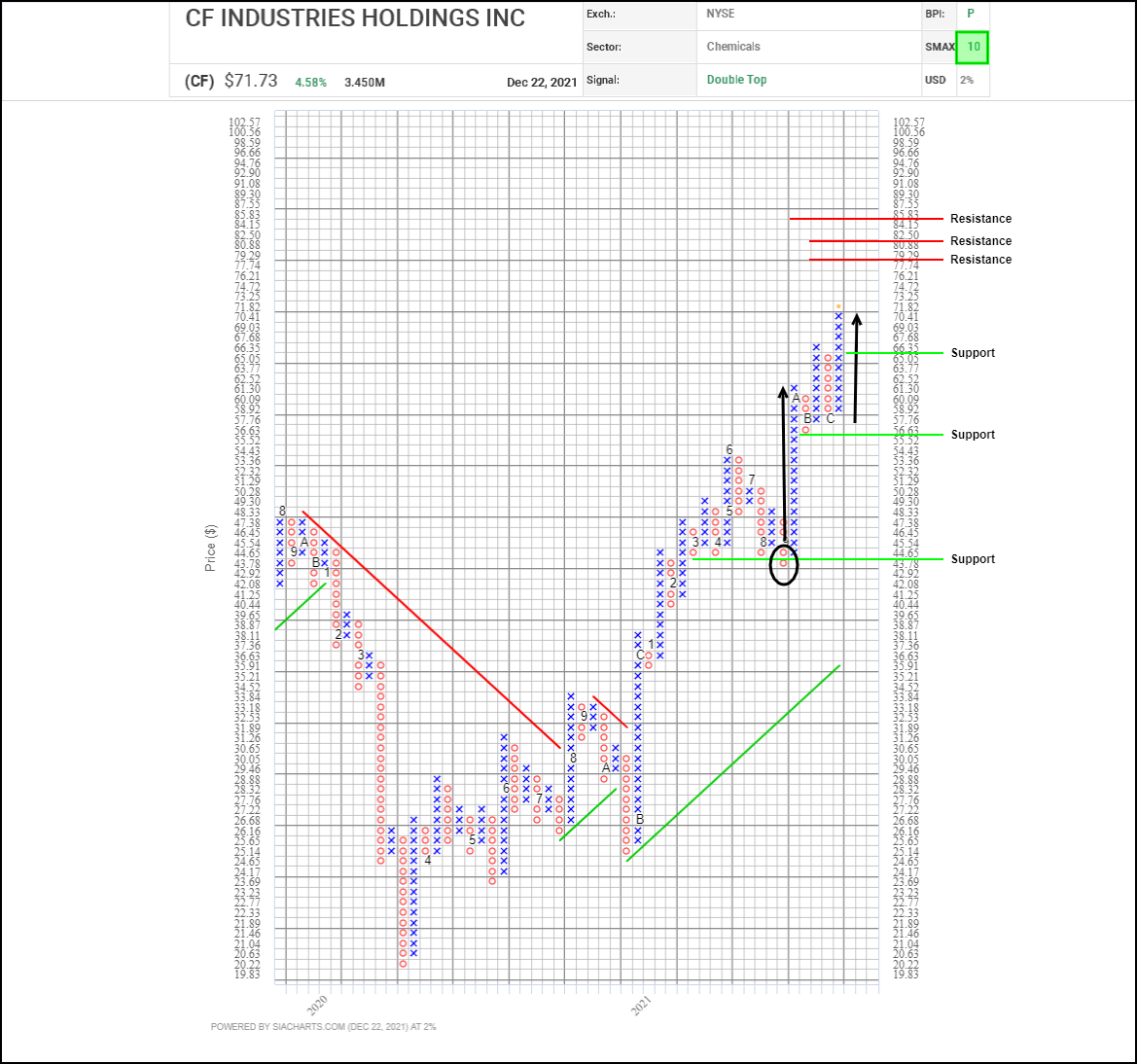