Fertilizer producer Nutrien (NTR.TO) has been steadily climbing up the relative strength rankings in the SIA S&P/TSX 60 Index Report since May. So far this month, the shares are up 10.0%. Yesterday, Nutrien finished in 7th place, up 3 positions in the last week.

Since the summer of 2020, Nutrien (NTR.TO) has been under steady accumulation, consistently climbing in a rising channel of higher highs and higher lows. About a year ago, the shares broke out to a new all-time high, and haven’t looked back since. During the fall, the shares confirmed their uptrend with a series of successful tests of their uptrend support line and their 50-day moving average.

A new upswing has started this week with a breakout over $90.00 which has reversed polarity to become initial support. Initial resistance may appear near the $100.00 or $125.00 round numbers, with measured moves suggesting potential resistance near $115.00 and $131.00 on trend. 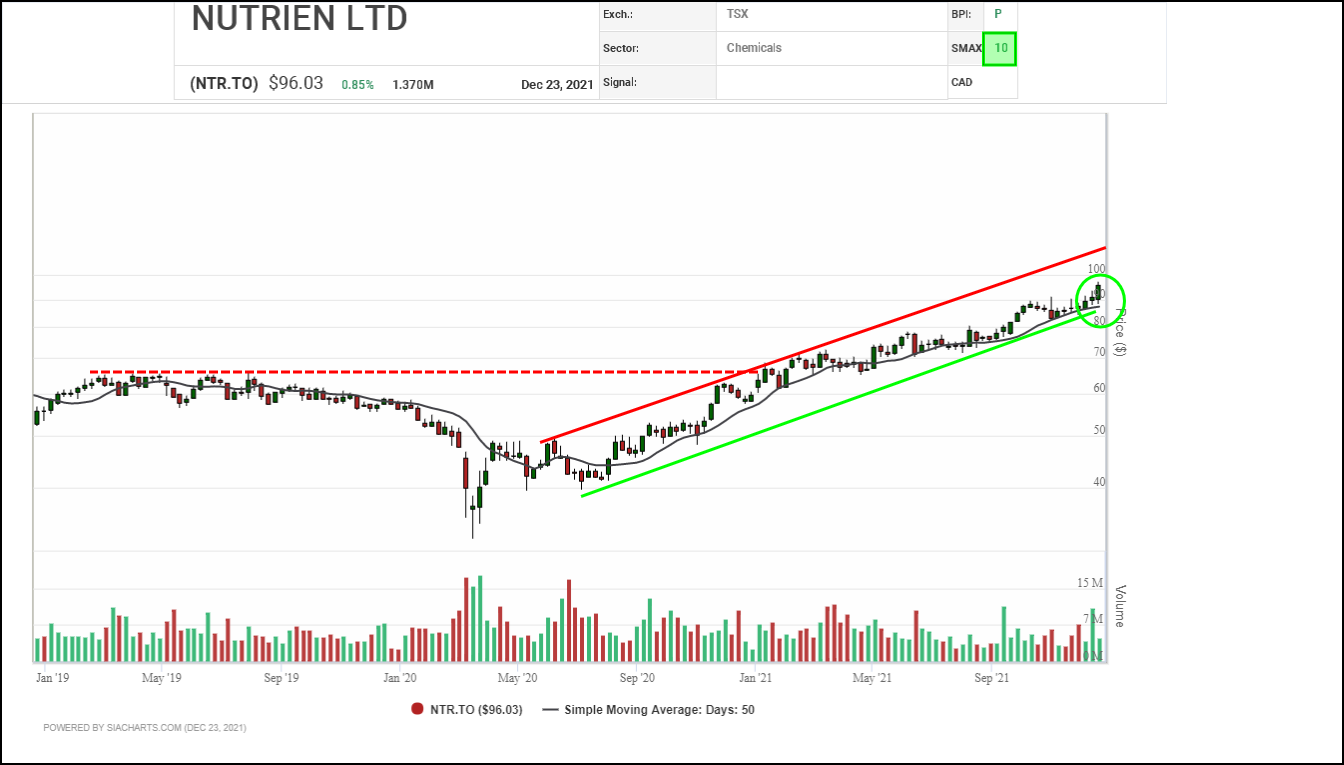 Nutrien (NTR.TO) shares have been steadily advancing since the March 2020 market bottom. About a year ago, they broke out to a new all-time high during a high pole advance, and then continued to trend upward. Coming out of a summer consolidation phase, the shares staged a bullish Triple Top breakout which has extended into the current High Pole advance.

With a perfect SMAX score of 10, NTR.TO is exhibiting strength across the asset classes. 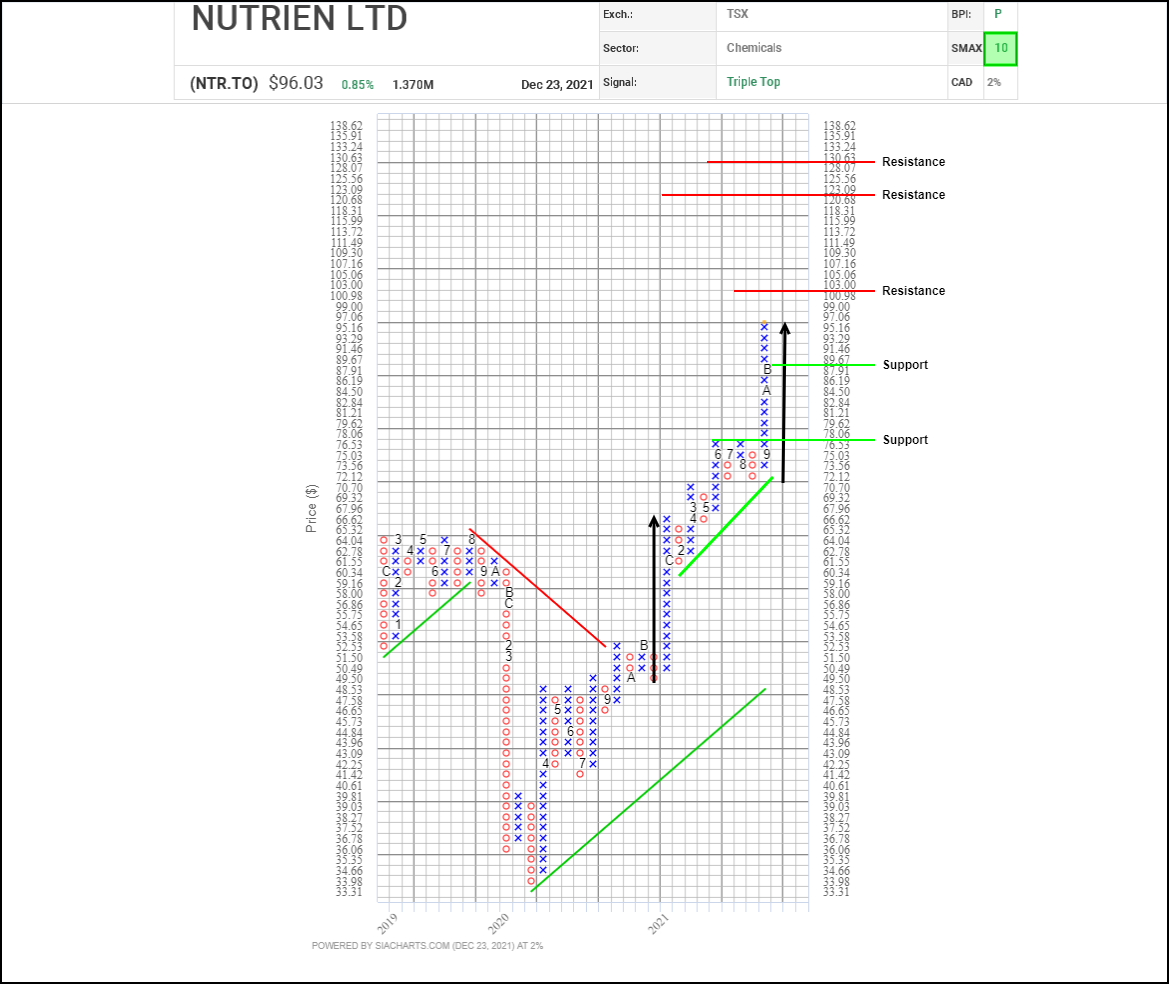