Cybersecurity software producer Fortinet (FTNT) has consistently been in the Green Favored Zone of the SIA S&P 500 Index Report since April. Over that time, the shares have returned 101.8%. For most of this time, FTNT has been ranked in the top ten stocks. Earlier this month it dipped down but has been steadily making its way back up the rankings, climbing 26 positions in the last week.

From November of 2020 through to October of this year, Fortinet (FTNT) shares were under steady accumulation, consistently advancing in a rising channel of higher highs and higher lows, while holding above their 50-day average. For the last two months, upward momentum slowed and the shares consolidated their gains. This week, the shares have resumed their long-term uptrend, breaking out over $350.00 to a new all-time high.

A measured move from the recent trading range suggests potential upside resistance near $410.00, then $470.00. Initial support appears near the $350.00 breakout point. 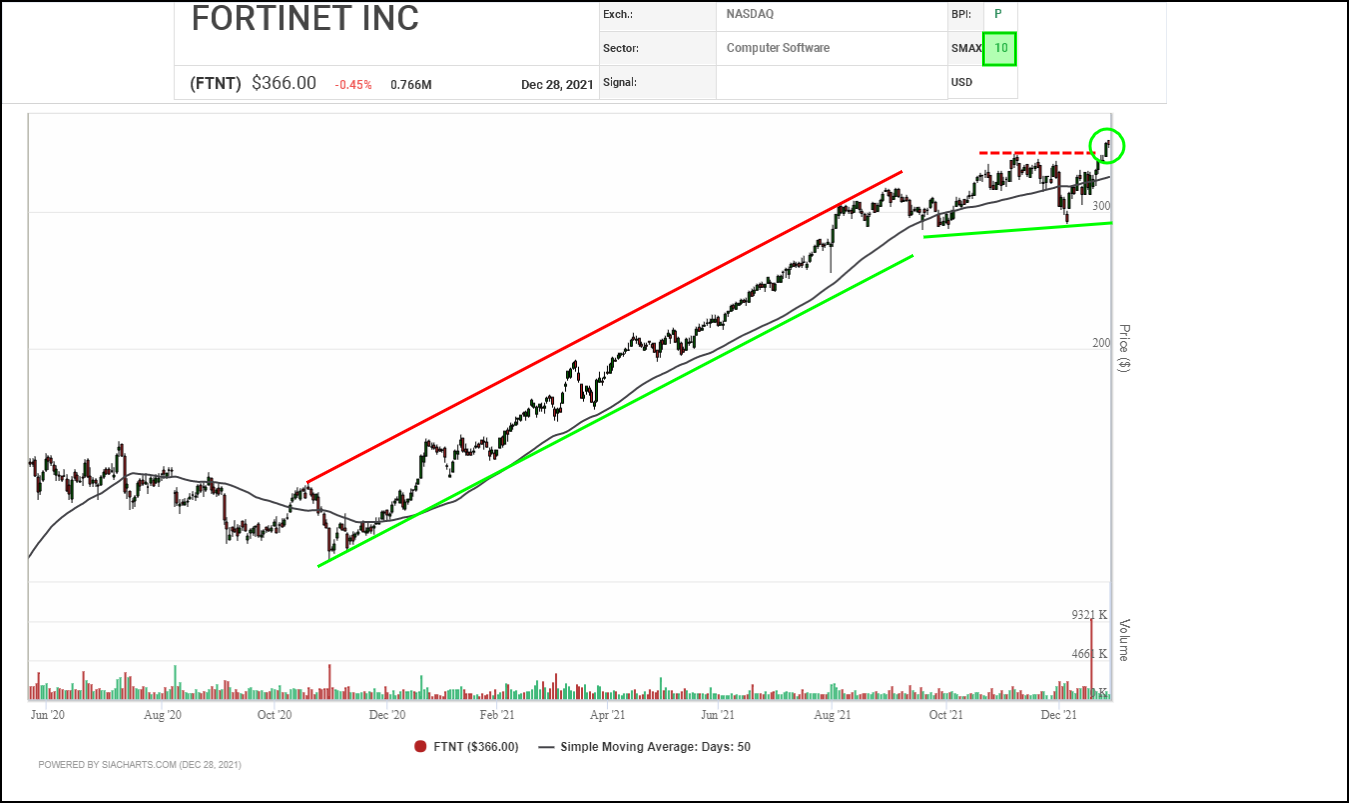 Fortinet (FTNT) shares have been on a tear for the last year, soaring from near $110.00 to up above $360.00. along the way, the shares have completed a series of bullish patterns and high poles. A correction earlier this month was contained by a previous low, which indicated continued underlying support. This week, the shares have broken out again, completing another bullish Double Top pattern, rallying to a new all-time high, and signaling the start of a new upleg.

Horizontal and vertical counts suggest next potential resistance may appear near $419.20, then closer to the $500.00 round number. Initial support appears near $337.15 based on a 3-box reversal.

With a perfect SMAX score of 10, FTNT is exhibiting strength across the asset classes. 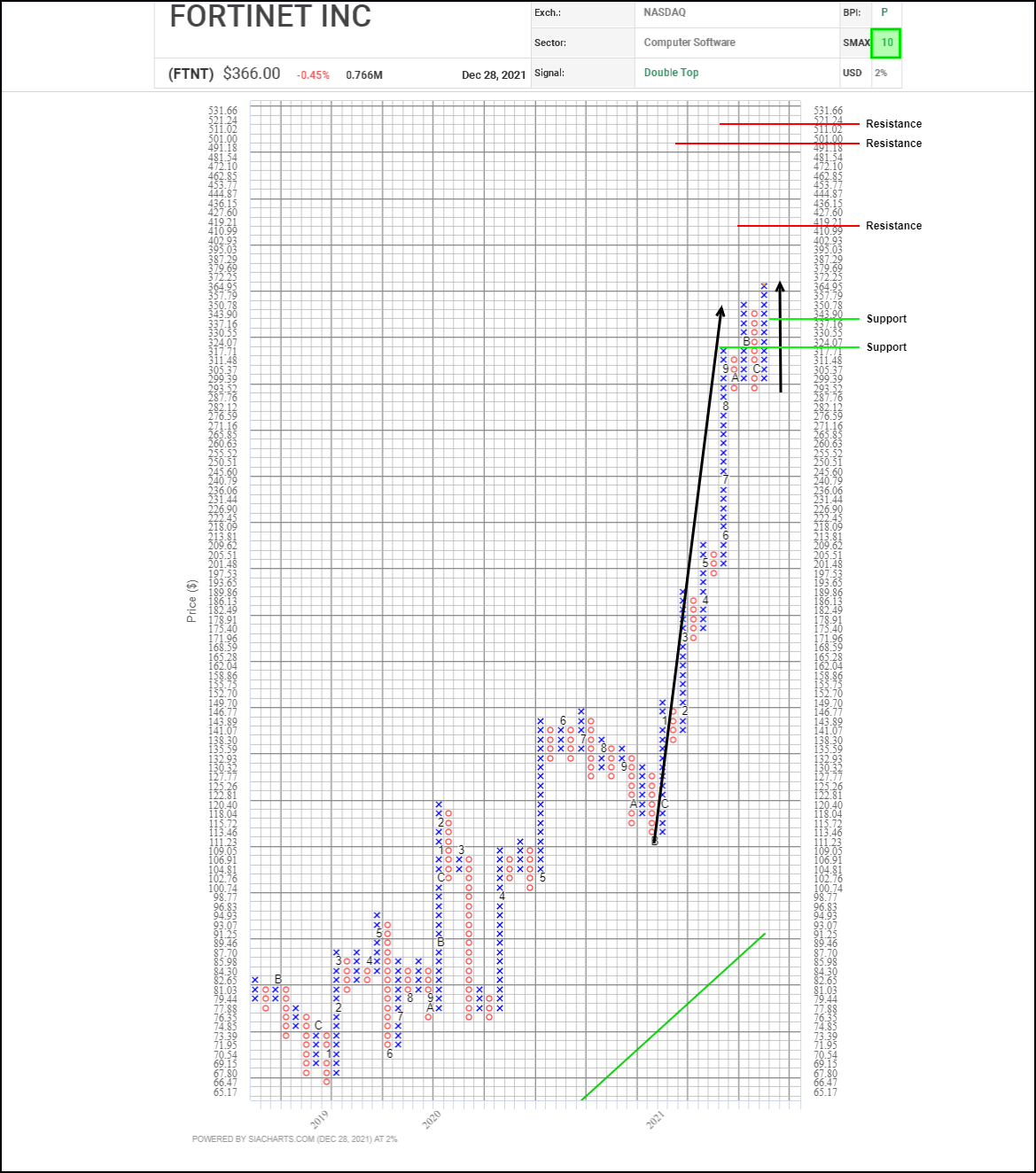