US Oil & Gas producer Devon Energy (DVN) has been in the Green Favored Zone of the SIA S&P 500 Index Report for nearly all of the last year. In fact, since September 23rd, it has consistently been in the top 10 positions, returning 45.3% over that time. Yesterday DVN moved up 4 spots to 3rd place.

Devon Energy (DVN) has been under accumulation for over a year, steadily climbing up a staircase pattern of rallies followed by pauses at consistently higher levels. The technical picture for DVN shares has improved significantly over the last few weeks. Building on a bullish Morning Star candlestick reversal pattern (black circle) the shares regained their 50-day moving average and then retested it as new support. This week, a major breakout is underway with the shares soaring to new all-time highs on increased volumes.

The shares have started to approach initial potential resistance near the $50.00 round number, followed by $53.75 and $61.50 on trend which are based on measured moves from previous trading ranges. Initial support moves up to the $45.00 breakout point from the 50-day average near $41.90.

Back in the fall, Devon Energy (DVN) staged a big bullish High Pole advance but topped out and then spent the rest of the year correcting or consolidating its previous gains along with energy prices. This week, Devon has come under renewed accumulation, breaking out to a new all-time high completing a bullish Triple Top pattern and calling off a previous bearish triple bottom pattern. This action indicates that the shares’ longer-term uptrend has resumed.

Initial upside resistance may appear near the $50.00 round number, followed on trend by $51.95 and $55.15 based on horizontal counts, then $67.20 based on a vertical count. Initial support appears near $43.45 where a 3-box reversal and the recent breakout point converge.

With a perfect SMAX score of 10, DVN is exhibiting strength across the asset classes. 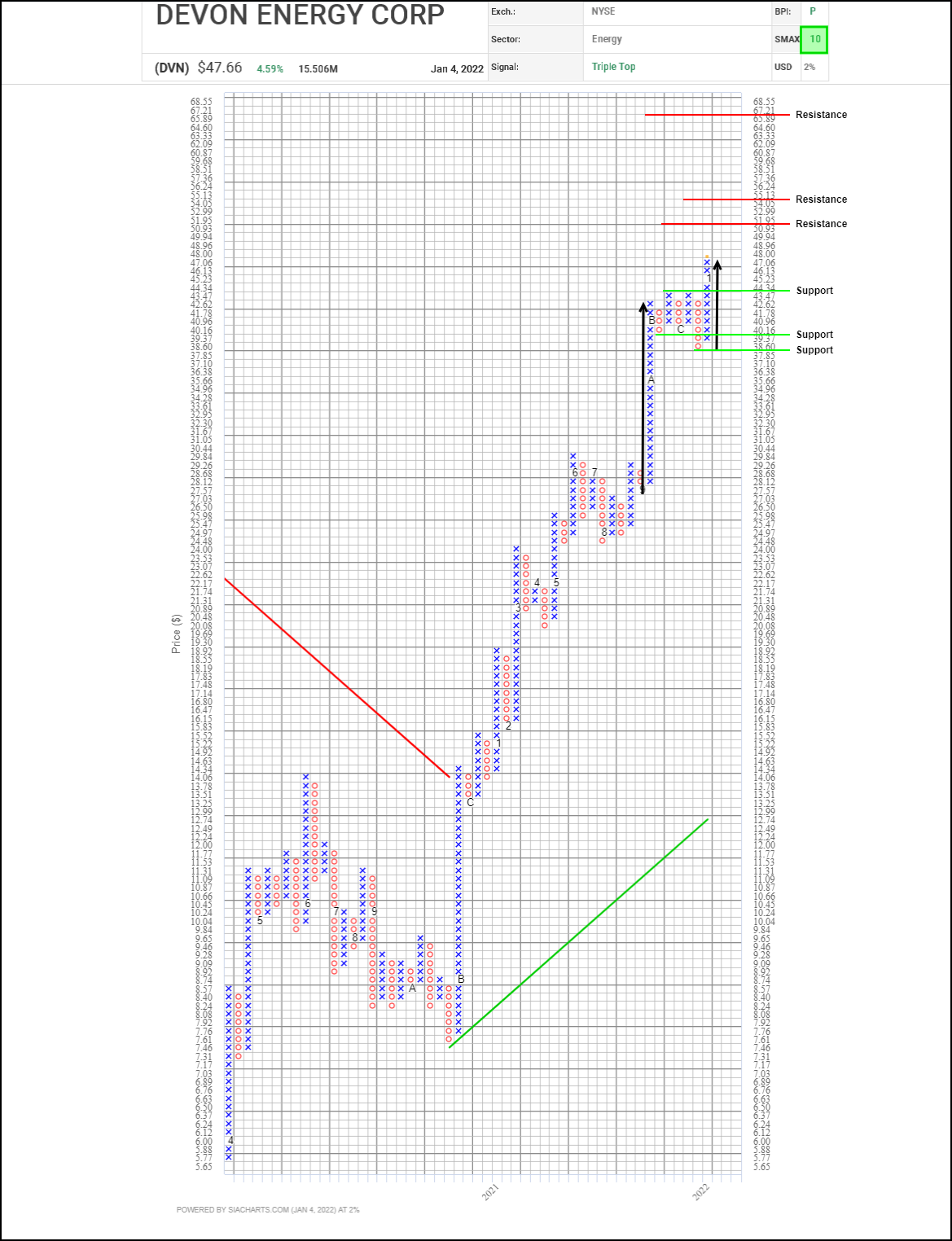