Methanex (MX.TO) has been steadily climbing back up the rankings in the SIA S&P/TSX Composite Index Report this month, rising back up out of the red zone and returning to the Green Favored Zone for the first time since October. Yesterday, the shares finished in 57th place, up 20 spots on the day and up 96 positions in the last month.

Methanex (MX.TO) had already been in a year-long downtrend by the time of the March 2020 market meltdown which sent the shares plunging into a major bottom. Methanex then spent the rest of 2020 steadily recovering and eventually snapping out of its long-term downtrend. Methanex spent 2021 stuck in a sideways trading range between $40.00 and $65.00. An autumn retreat was contained near the $50.00 round number, establishing a higher low. Since then, Methanex has come under renewed accumulation retaking its 50-day average and retesting it as initial support near $53.50.

Initial upside resistance tests appear at previous highs near $60.00, $65.00, and $75.00 which also coincide with round numbers. Multiple measured moves from previous and current trading ranges cluster in the $80.00 to $85.00 zone. 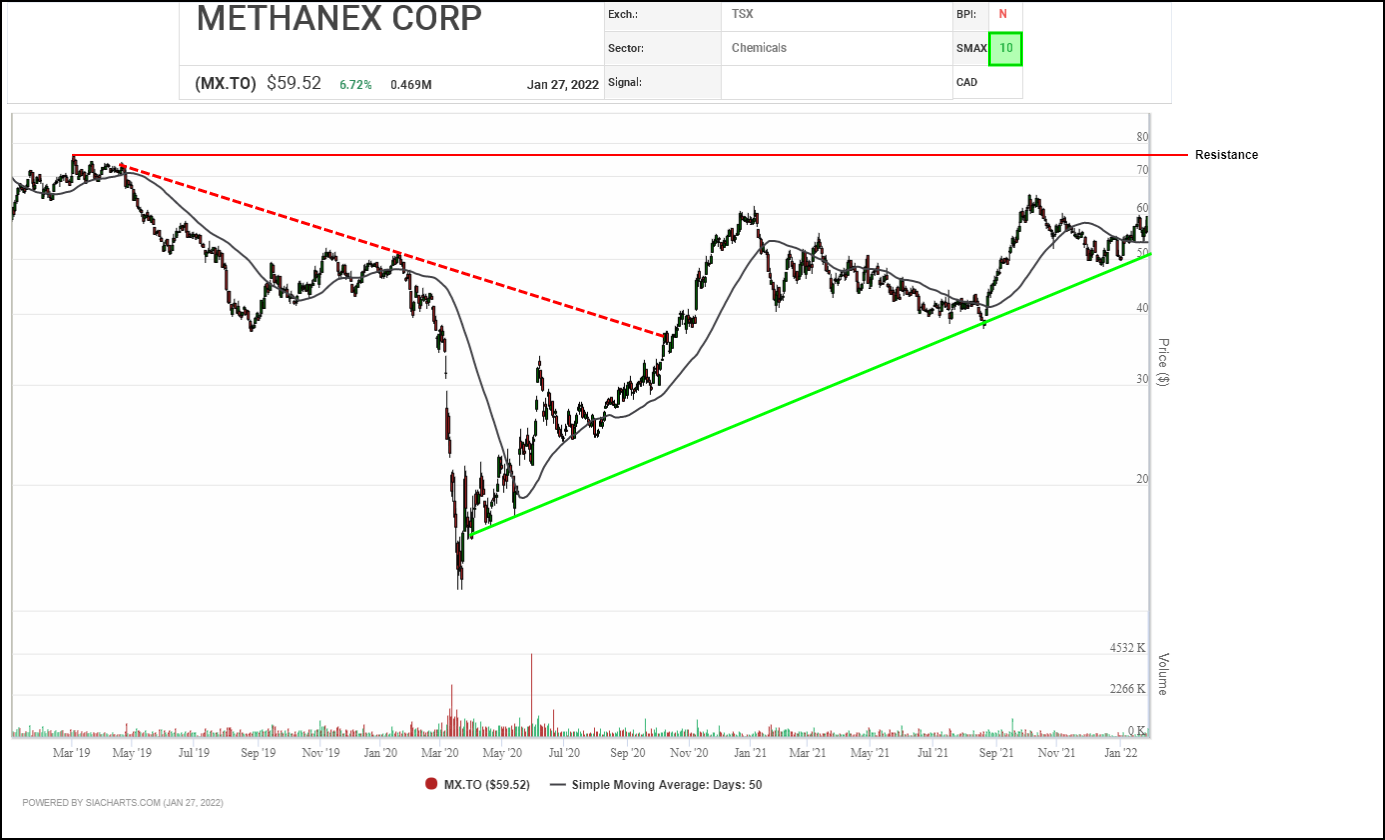 Back in the late summer, Methanex (MX.TO) staged a big rally, followed by a retracement that gave back about half of its high pole, a common occurrence. The correction came to an end with a bear trap fakeout where a double bottom breakdown occurred but it only went 1 row before quickly reversing back upward. Since then, the bulls have regained the upper hand, and the shares have come under renewed accumulation, staging two bullish Double Top breakouts.

Currently, the shares are bumping up against $60.25 where a breakout would complete a third double top and confirm the start of a new upswing. Next resistance tests after that appear near $65.25 based on the October 2021 peak, $70.60 based on a horizontal count, and $74.95, based on the March 2019 highs and the $75.00 round number. Initial support appears near $54.55 based on a 3-box reversal and a retest of a recent breakout point.

With a perfect SMAX score of 10, MX.TO is exhibiting strength across the asset classes. 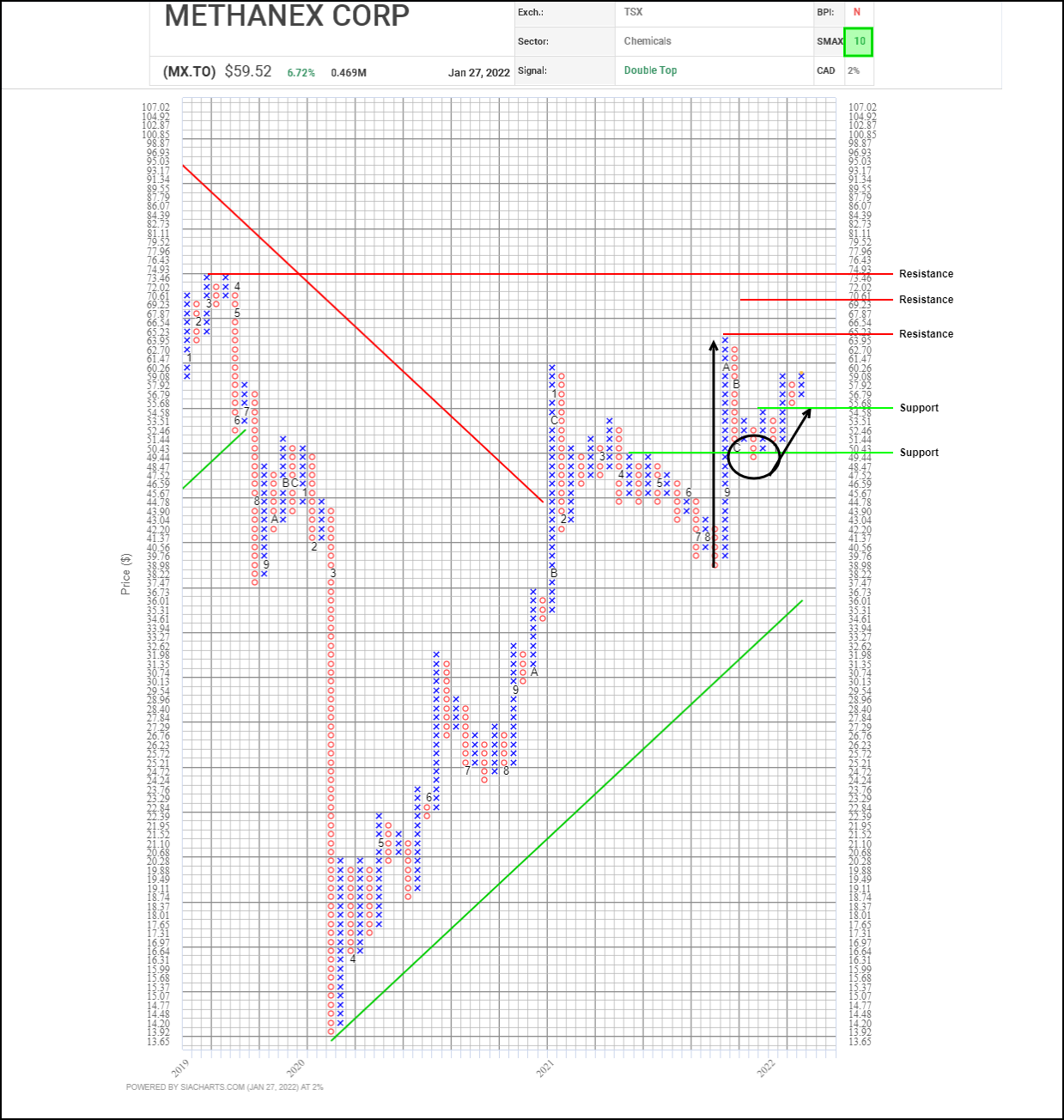