Electronics manufacturer Celestica (CLS.TO) started to climb up the rankings in the SIA S&P/TSX Composite Index report last summer. In July it left the red zone and in November it returned to the Green Favored Zone where it has remained, returning 20.9%. On Friday, CLS.TO moved up 12 spots to 25th place.

Celestica (CLS.TO) shares spent the better part of three years stuck in a sideways trading range between $8.00 and $12.00. Accumulation resumed in July after the shares bounced up off support at a higher low near $9.00. Since then, they have been trending upward and in November, they broke out to the upside, signaling the start of a new uptrend. Last week, the shares completed a Bullish Engulfing candle and popped to their highest level since the summer of 2018 on a jump in volume, indicating increasing investor interest. 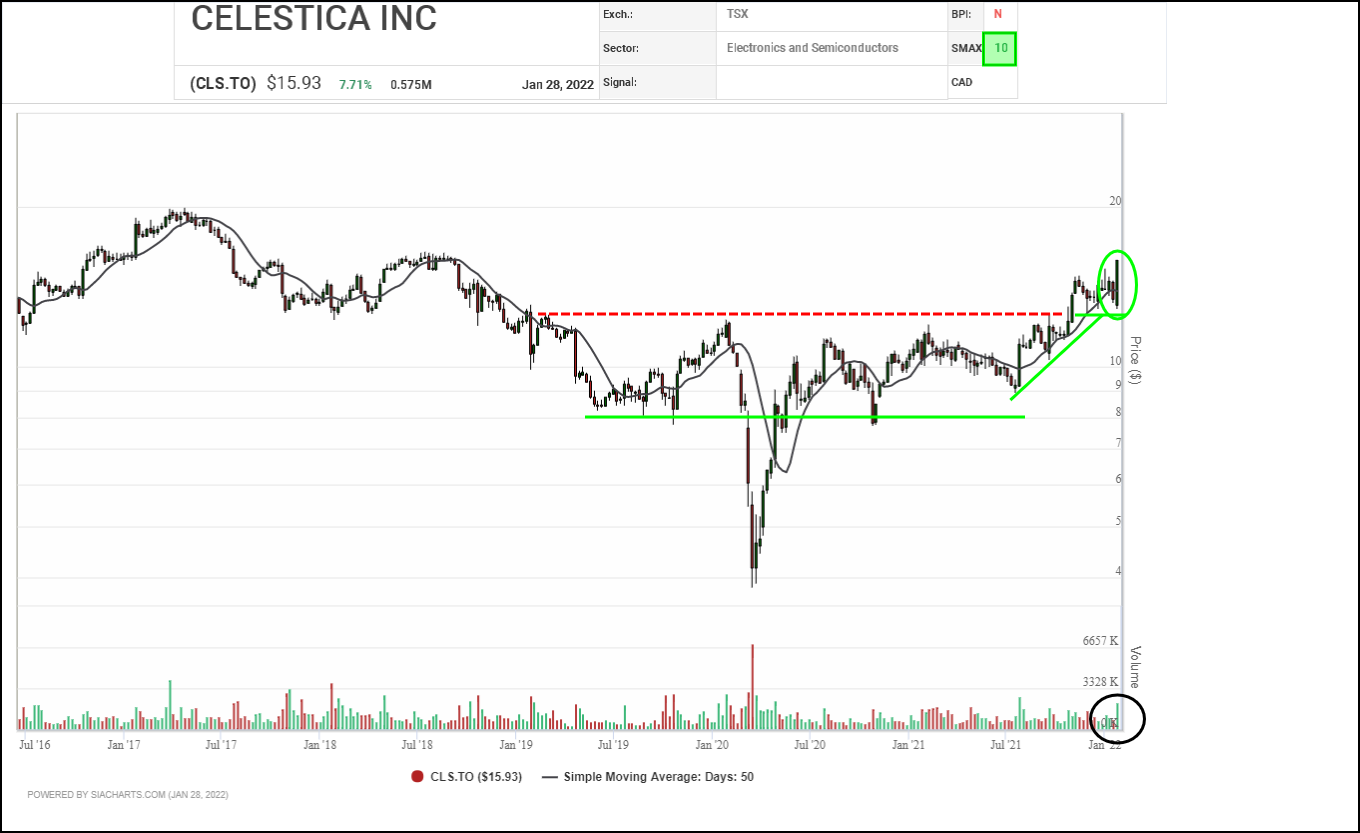 Last fall, Celestica (CLS.TO) broke out of a base clearing $12.00 and has continued to climb since then, establishing a new uptrend of positive pattern completions and higher lows. Recently the shares completed a bullish Double Top breakout that has evolved into a High Pole advance carrying the shares to their highest level since 2018.

With a perfect SMAX score of 10, CLS.TO is exhibiting strength across the asset classes. 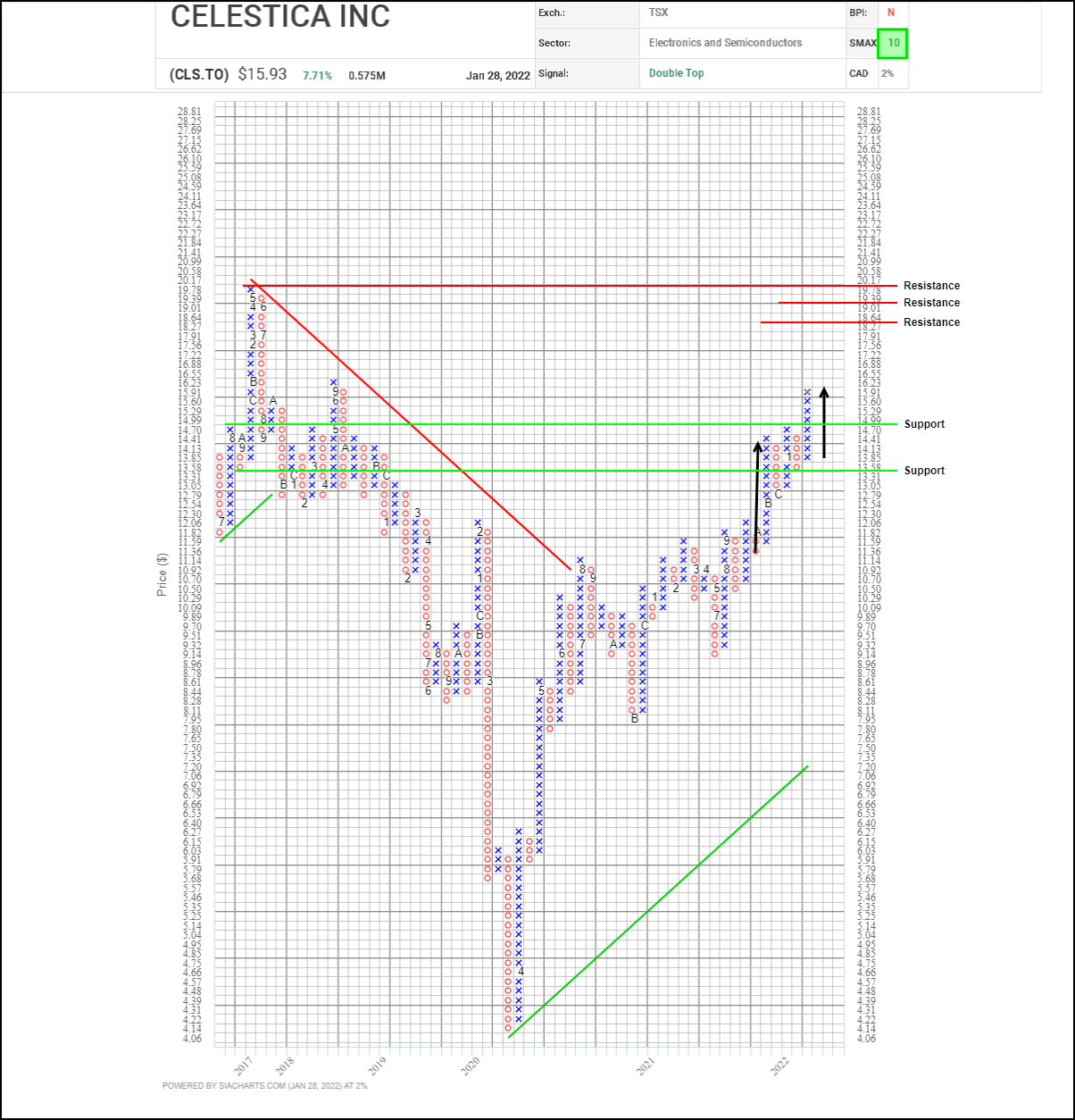