Energy royalty company Prairiesky (PSK.TO) has returned to the Green Favored Zone of the SIA S&P/TSX Composite Index Report for the first time since November, continuing a climb up the rankings which started down in the red zone a month ago. Yesterday, the shares finished in 51st place, up 7 spots on the day and up 90 positions in the last month.

This five-year chart highlights the significance of yesterday’s major breakout by Prairiesky Royalty (PSK.TO) shares. Back in 2020, the shares staged an initial recovery rally that snapped a long-term downtrend line. For nearly all of the last year, however, PSK has been stuck in a trading range between $12.60 and $16.40. Yesterday, the shares broke out of that range to close at their highest level since the summer of 2019, completing a bullish Ascending Triangle pattern and signaling the start of a new upleg. 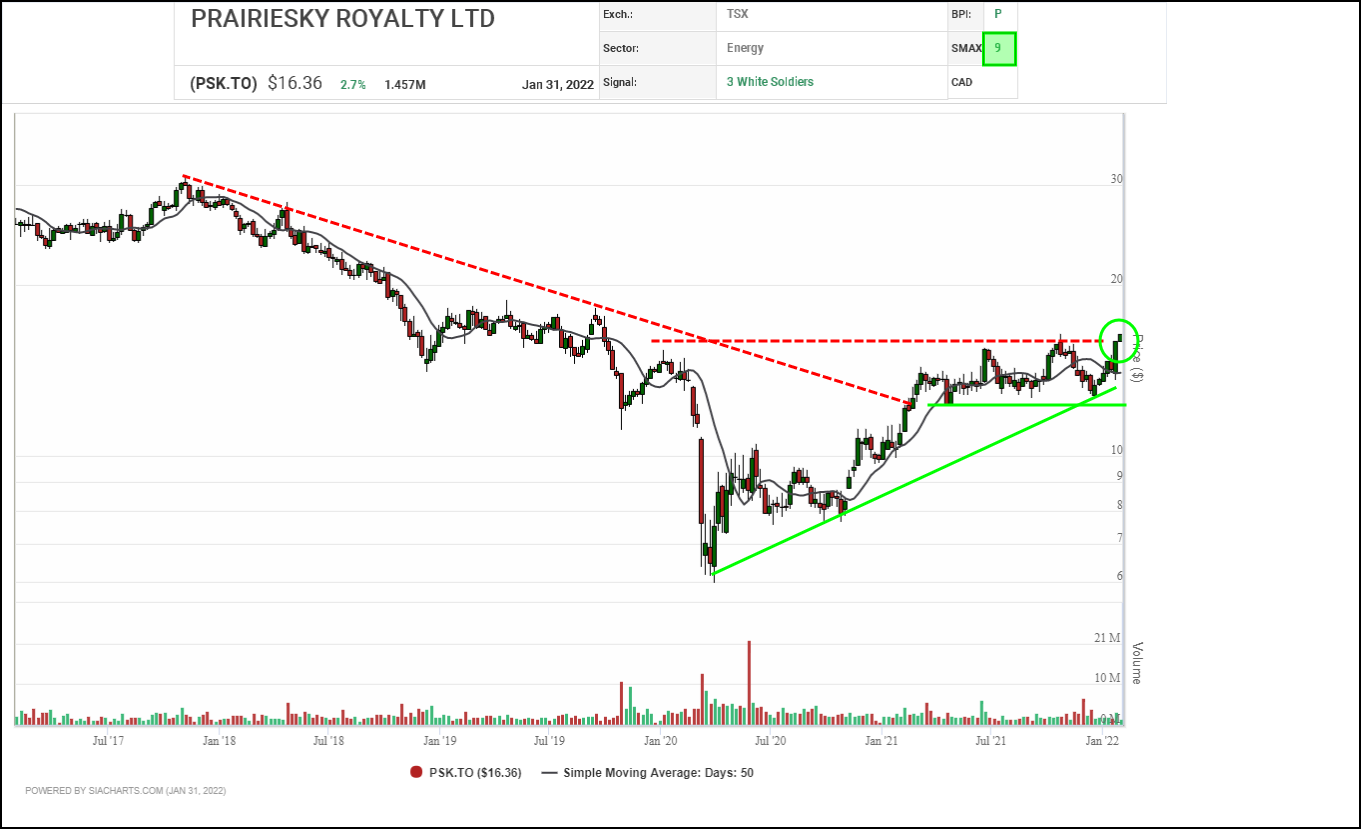 In April of last year, Prairiesky Royalty (PSK.TO) broke out of a long-term downtrend. Since then, the shares have continued to steadily recover, staging a series of bullish Double Top breakouts and establishing support at higher lows. Recently the shares embarked on a new upleg. Potential upside resistance currently appears in two zones, $18.75-$19.50 between a previous column high and a vertical count, then $22.40-$23.30 based on a horizontal count and a previous column low. Initial support appears near $15.10 based on a 3-box reversal.

With a bullish SMAX score of 9, PSK.TO is exhibiting strength against the asset classes. 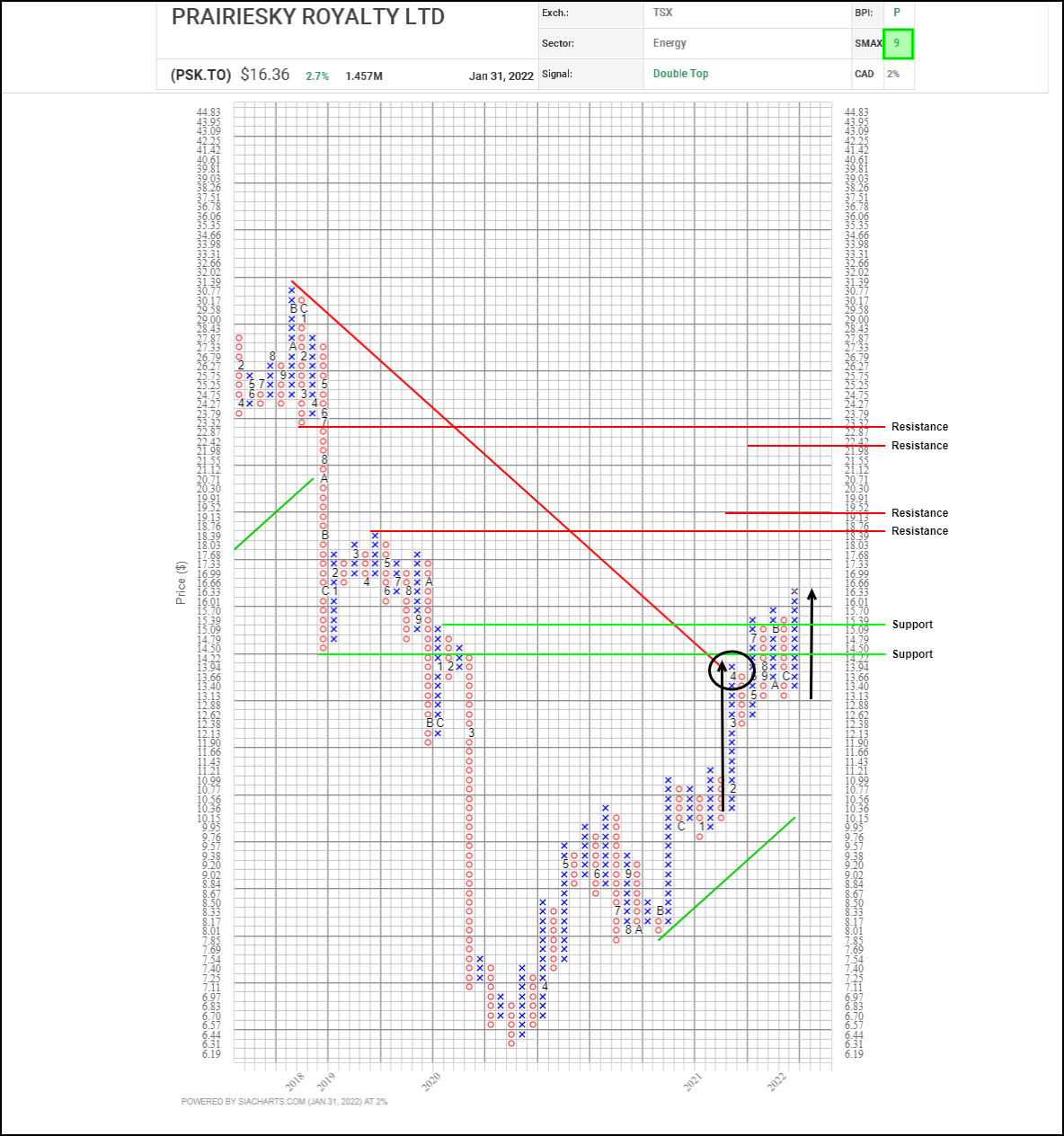