Over the last few weeks, athletic clothing retailer lululemon (LULU) has rocketed back up the rankings in the SIA NASDAQ 100 Index Report. Climbing up from deep in the red zone last month, LULU recently returned to the Green Favored Zone for the first time since December. Yesterday, the shares finished in 16th position up 3 places on the day and up 58 spots in the last month.

A classic bullish Flag pattern appears to be underway in lululemon (LULU) shares. After bottoming out near $275 last month, earlier this month, the shares broke out over $325 and blasted through their 50-day moving average on a big spike in volume, kicking off a rally (the first pole) that carried the shares up toward $375. The shares then paused for a couple of weeks near $375 (the flag part).

Yesterday, LULU broke out over $385 on a smaller uptick in volume and appears to have kicked off the second pole phase of the pattern, which would be confirmed by a close above $400. If true, a measured move suggests that over time the shares could potentially retest their previous peak near $475 with intermediate resistance along the way possible near $430 and $450. Initial support appears near $360. 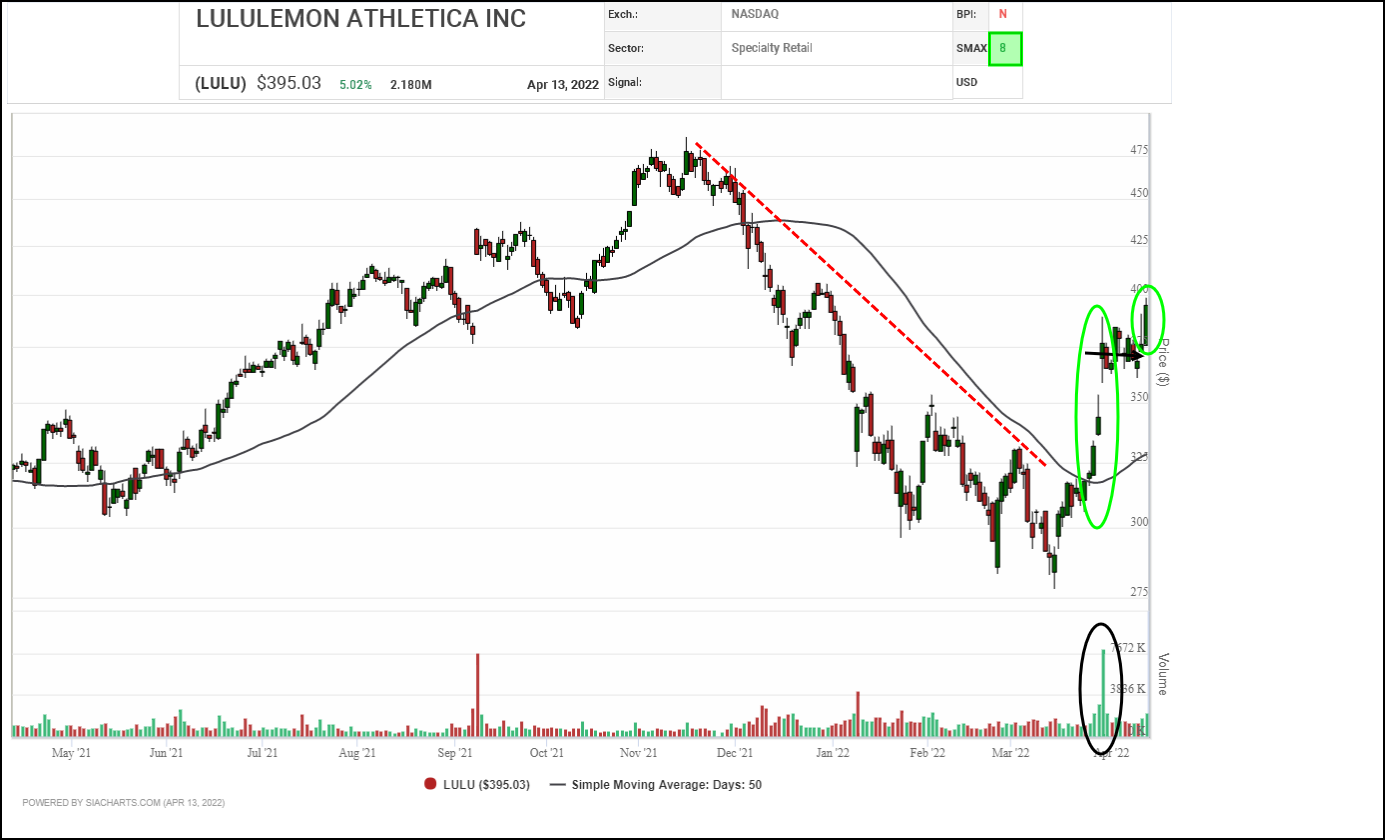 A downtrend in lululemon (LULU) shares that ran from November to March bottomed out with a successful retest of support near $290.00. Since then, the shares have come under renewed accumulation and have generated a number of positive technical signals including a bullish Bear Trap reversal, a Double Top breakout and a bullish Spread Double Top breakout.

Currently, LULU is bumping up against resistance between the $400.00 round number and a previous high near $410.25. A breakout would confirm the strength of the current upswing with next potential resistance at previous column highs near $434.35 and $479.55. A 3-box reversal below $363.45 support, or more, would complete the right shoulder of a potentially bearish Head and Shoulders pattern and signal the start of a new downswing.

With a bullish SMAX score of 8, LULU is exhibiting strength against the asset classes. 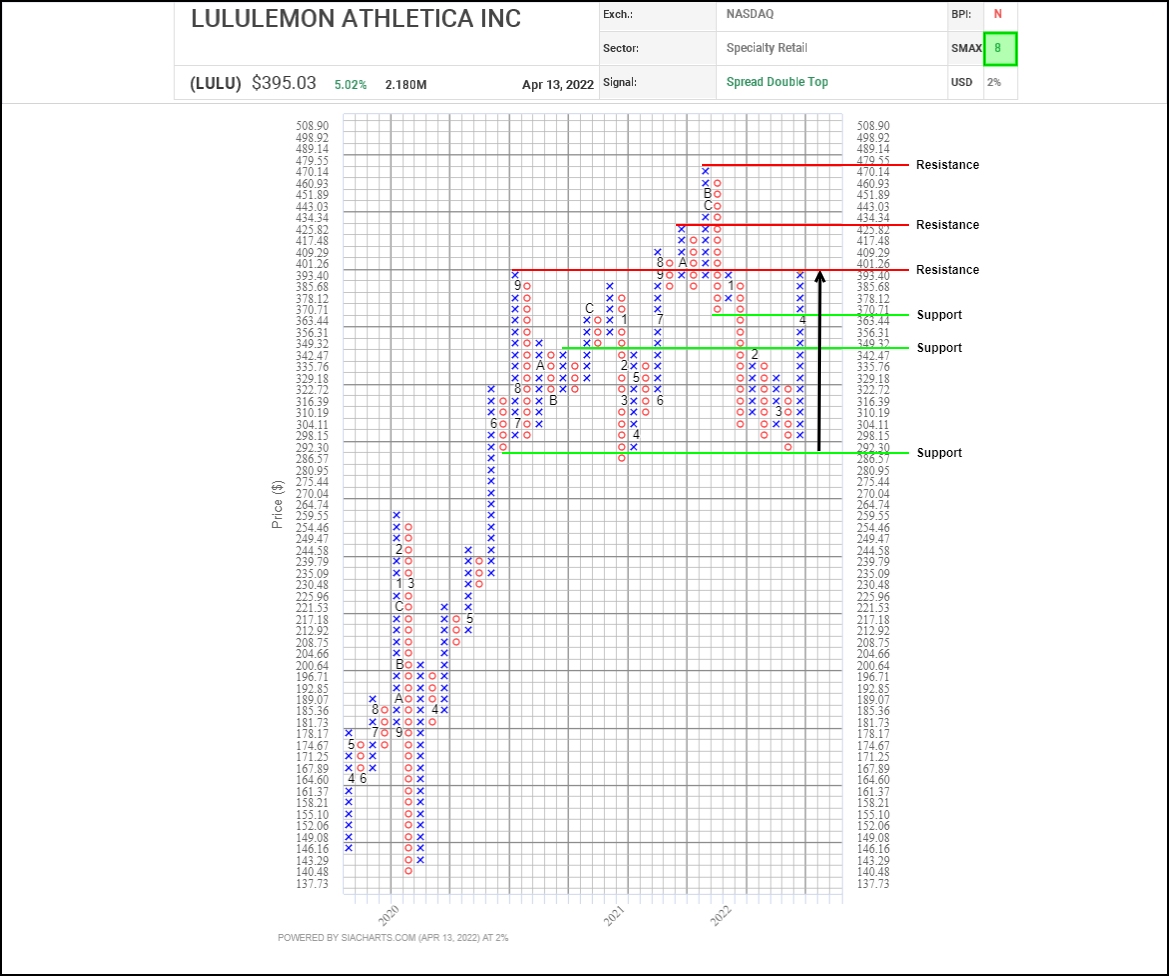