Hotel and casino operator Las Vegas Sands (LVS) continues to climb up the relative strength rankings in the SIA S&P 500 Index Report. In July, it entered the Green Favored Zone for the first time since its debut in 2019, and following a short slip back into the yellow zone, it has returned to the Green Zone once again. Yesterday it climbed 14 positions to 126th place.

Back in the spring, an eighteen-month downtrend in Las Vegas Sands (LVS) bottomed out as several attempts to push the shares down toward $30.00 were rebuffed by support in the low $30s. In recent weeks, LVS has come under renewed accumulation. A new uptrend of higher lows has emerged, a previous downtrend line has been broken, and the shares have regained their 50-day moving average. Currently, the shares are probing $40.00, a close above that level would complete a bullish ascending triangle pattern and confirm the start of a recovery play.

On a breakout, next potential resistance may appear near $48.50 where a previous high and a measured move converge, followed by the $50.00 round number. Initial support appears at the 50-day average near $37.30. 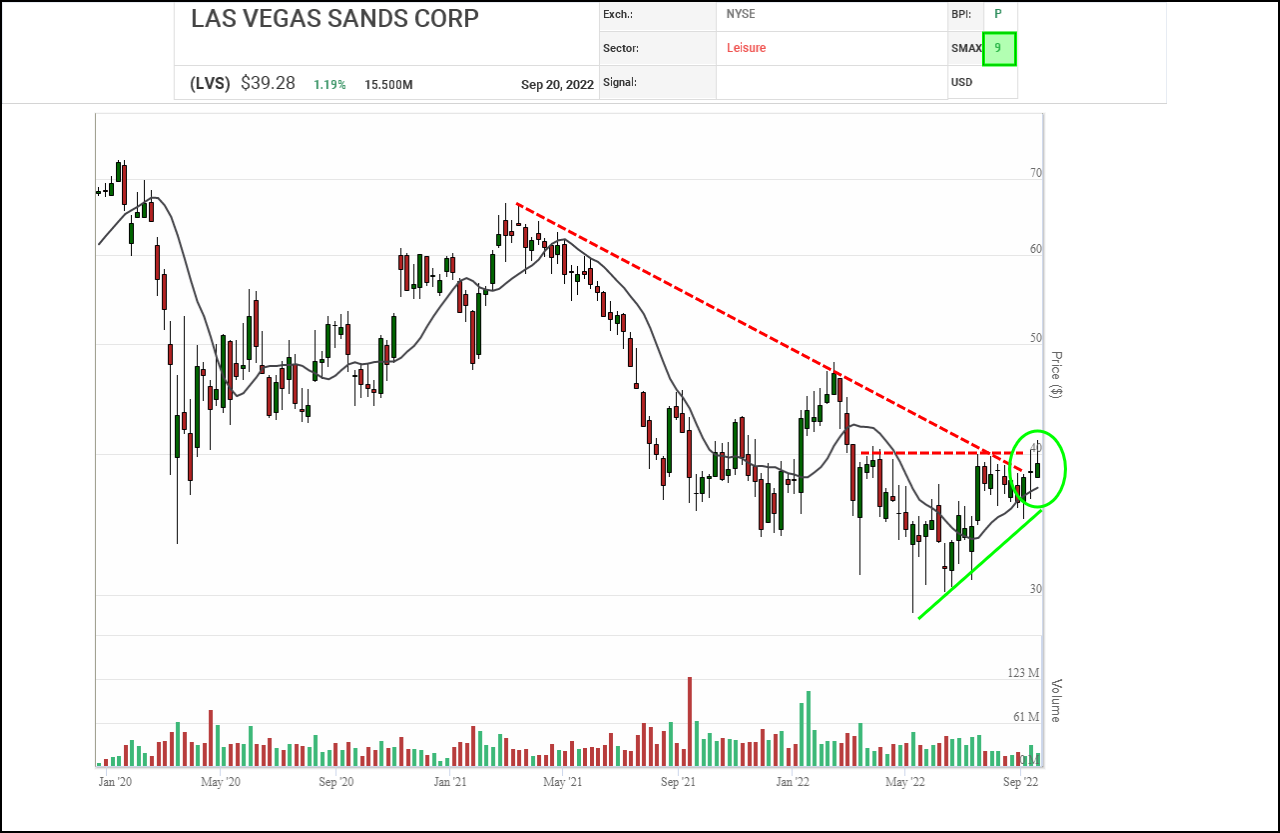 The technical picture for Las Vegas Sands (LVS) continues to improve. Over the summer, it has become increasingly clear that the shares have been base-building since a downtrend bottomed out in May, with the shares snapping two downtrend lines, establishing an uptrend of higher lows, and completing a bullish Double Top pattern.

A close above $39.95 would complete another Double Top breakout and confirm the start of a new uptrend. On a breakout, next potential resistance may appear at the February high near $48.70, the $50.00 round number, or $50.65 based on a horizontal count. A 3-box reversal suggests initial support may appear near $36.20.

With its bullish SMAX score increasing to 9, LVS is exhibiting strength against the asset classes. 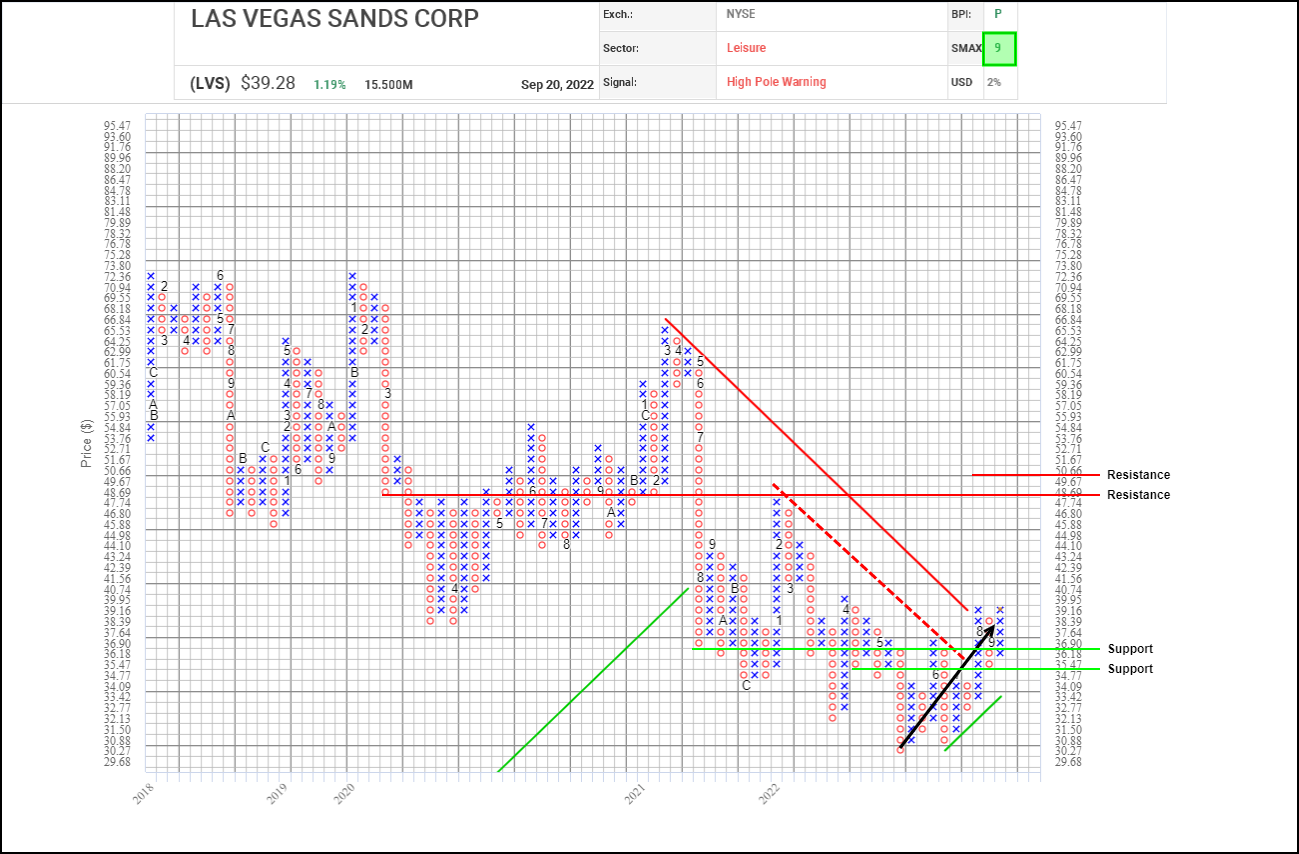