With the chip sector under pressure lately, semiconductor equipment companies such as KLA Corp. have also been sliding. KLAC’s relative strength has been weakening since it peaked near the top of the green zone in the SIA S&P 500 Index Report back in August. Its descent down the rankings has accelerated and yesterday it returned to the Red Unfavored Zone for the first time since May. KLAC currently sits in 255th position, down 81 spots on the day and down 168 places in the last month.

By closing below the $285 neckline yesterday, KLA Corp (KLC) has completed a major Head and Shoulders Top pattern that had formed over the last eighteen months. This breakdown also completed a bearish Descending Triangle pattern, confirming the start of a new downtrend.

Potential initial downside support levels appear near the $250 and $200 round numbers, and a previous breakout point near $215. Initial resistance appears near the $300 round number. 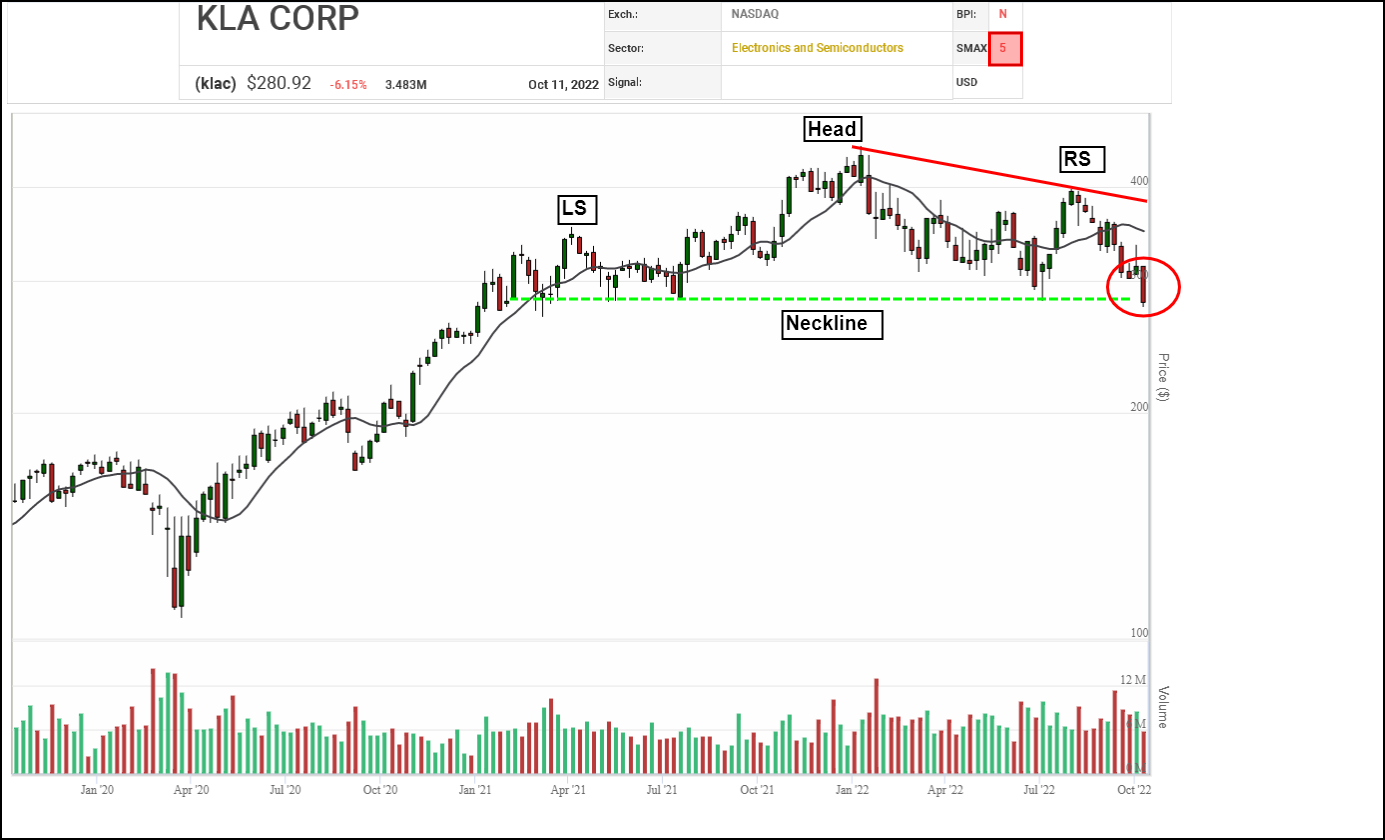 A major breakdown is underway in KLA Corp. (KLAC) shares. After peaking in January, the shares sold off through April, then stabilized in the spring and rebounded in the early summer. Following a lower high in August, the shares have turned downward once again with losses deepening into October. In the last few days, KLAC has completed bearish Double Bottom and Spread Double Bottom breakdowns, taking out their July low and confirming the start of a new downleg.

Next potential downside support appears near $254.95 based on a vertical count, then an uptrend line near the $250.00 round number, and $226.40 based on a horizontal count. Initial resistance on a rebound appears near $304.70 based on a 3-box reversal.

With a bearish SMAX score of 5, KLAC is exhibiting weakness against the asset classes. 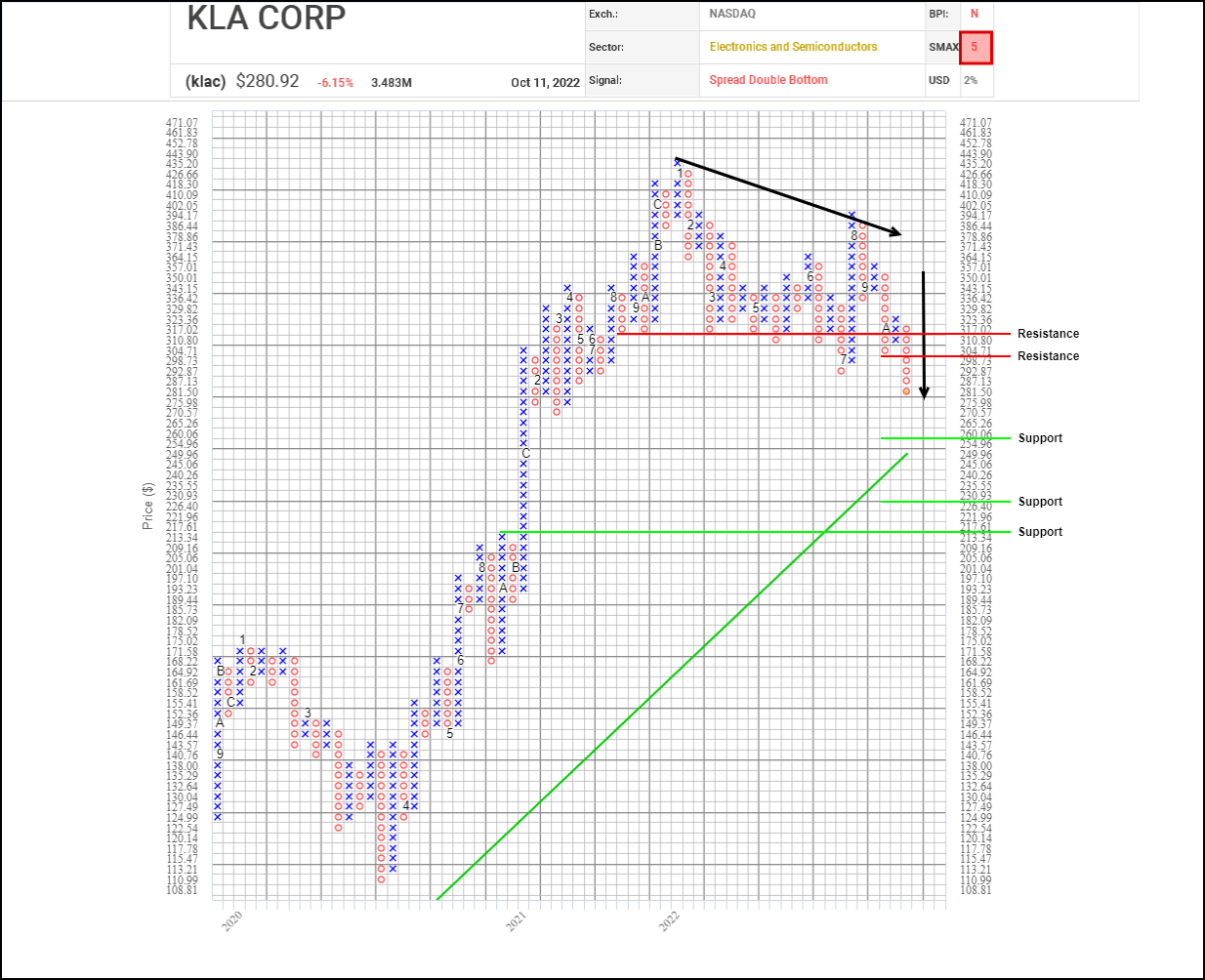