A relative strength uptrend for electric and gas utility Southern Company (SO) appears to have come to an end. Between December and September, SO steadily climbed up the rankings of the SIA S&P 100 Index Report, rising from deep in the red zone up into the green zone. Yesterday it fell out of the green zone into the Yellow Neutral Zone for the first time since April after dropping 7 spots to 30th place. SO is down 23 positions in the last month. Trading action in Southern Company (SO) provides an example of how “stocks go up like an escalator, and down like an elevator”. For 2 1/2 years following the March 2020 market bottom, SO steadily advanced in a rising channel of higher highs and higher lows, a sign of consistent accumulation.

Last month, that uptrend ran out of gas near $80.00 and in the last few weeks, the shares have dropped off sharply, falling through the bottom of their previous channel, and then taking out a previous low near $65.00 (which reverses polarity to become new resistance), to signal the start of a new downtrend. 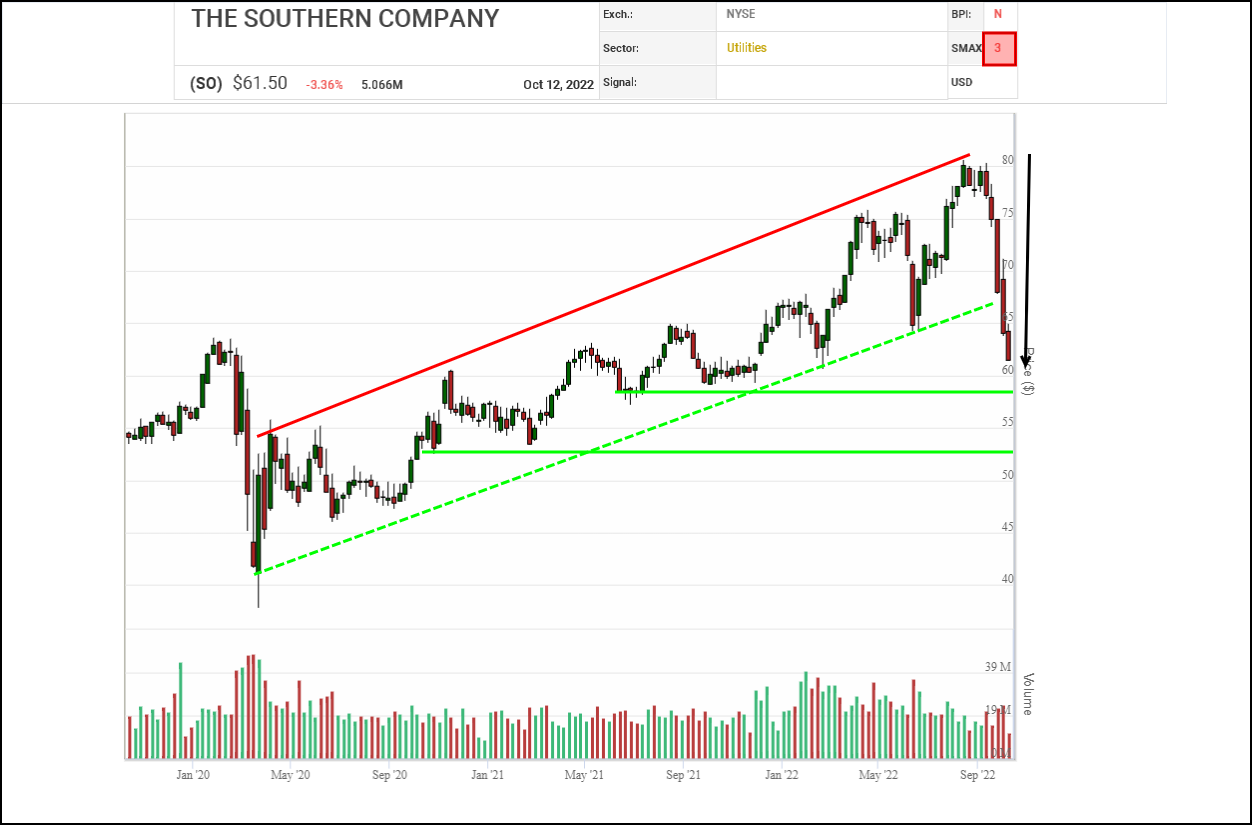 An uptrend which had lasted over a decade in Southern Company (SO) shares appears to have come to an end with SO staging a major breakdown this month. Through the nine months of this year, SO continued to climb upward while the general direction of travel for stocks was downward.

Last month, SO rallied to a new all-time high but recently, it has turned sharply downward, completing a bearish Double Bottom breakdown. A decline of one more row would complete a bearish spread double bottom pattern and confirm the start of a new downtrend.

With a bearish SMAX score of 3, SO is exhibiting weakness against the asset classes. 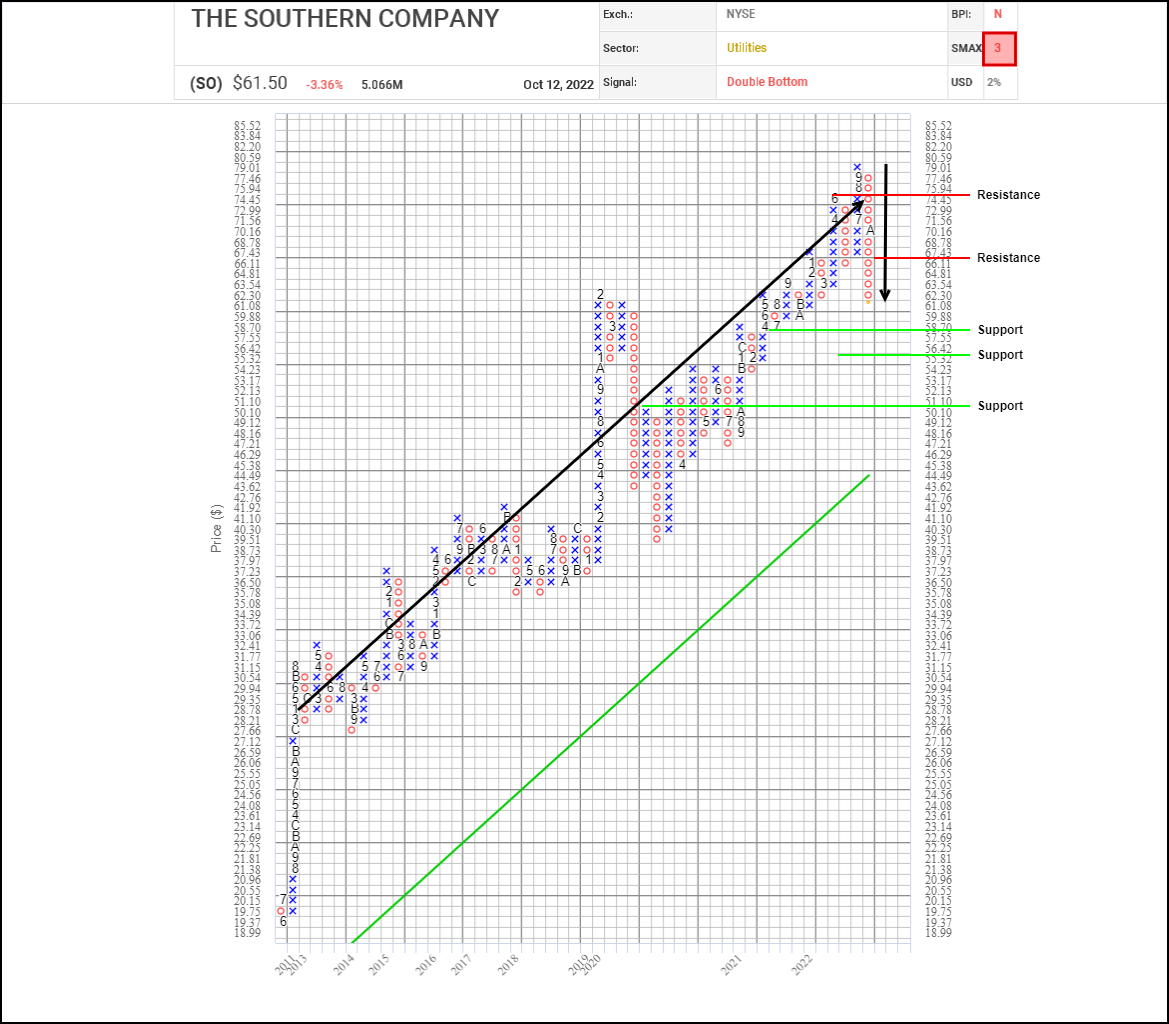